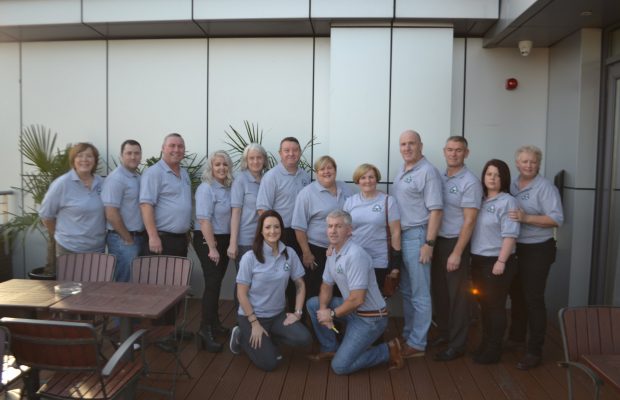 Limerick Suicide Watch has more than 50 volunteers with 20 more currently in training and is based at Unit 3 of The Tait Centre on Dominic Street. They patrol the 4 bridges of Limerick City either on foot or bike with the aim to help people in distress or who may be feeling suicidal. Running 4 nights a week, the Limerick Suicide Watch volunteers are fully trained and carry out an average of two ‘interventions’ every week.

Ger McNamare went on to speak about the Limerick Suicide Watch charitable status. He said, “It is a big deal because companies that wanted to donate to us in the past were not able to because we didn’t have charitable status which they can use in their accounting system,”

“On top of that it really raises the profile of the organisation because everything is accounted for and it is all above board and it gives us far more Kudos,” continued.

Ger went on to explain how the securing of the Limerick Suicide Watch charitable status will make it easier to secure financial support from bigger companies.

“For the bigger organisations – the multinationals – that wanted to donate to use before the couldn’t do but now they can,” he added that up to now the main source of funding has been from donations from members of the public. Through receiving the Limerick Suicide Watch charitable status, the organisation will be able to run much more efficiently and will have a better chance of receiving more vital funding.

Volunteers from Limerick Suicide Watch, which is based at Tait Business Centre, carry out patrols on Monday (8pm-midnight), Tuesday (9 pm – 1 am), Thursday (9 pm – 1 am) and Saturday nights (midnight-4am).

Last month Meath-based company EMR Integrated Solutions donated high-tech two-way radio handsets, a charger, base station and antenna to the organisation. With this vital radio equipment, volunteers can communicate with each other more reliably, intervene more effectively in life-threatening incidents and summon the support of emergency services as required.