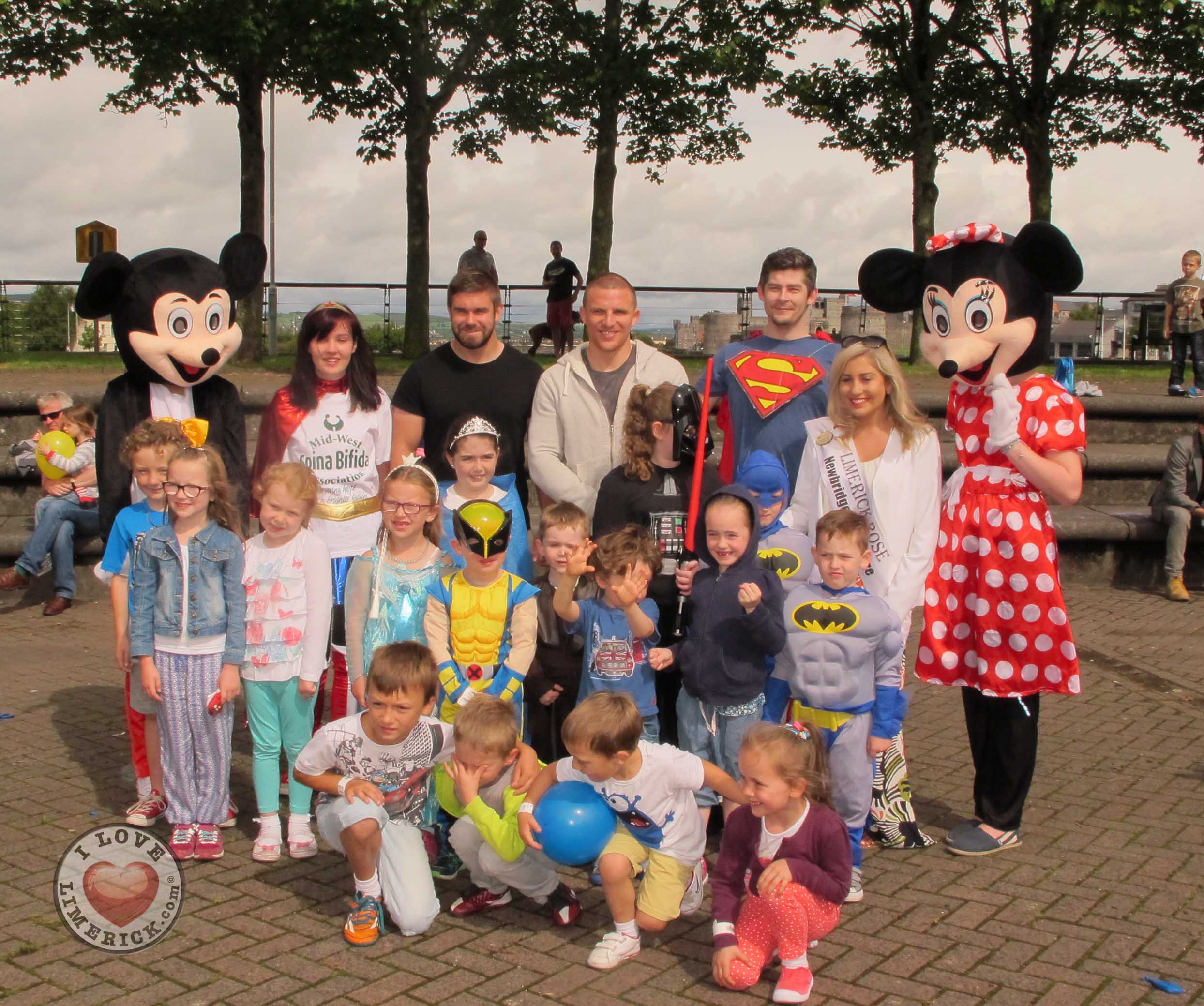 Pictured: Families and supporters at the Limerick Superhero Parade at Arthur’s Quay Park today, raising awareness for a worthy charity.

The Limerick Superhero Parade 2015 in aid of the Mid-West Spina Bifida Association, was held at Arthur’s Quay Park this Sunday, August 23rd.

Parents and children, decked out in superhero attire, attended the event to raise support and donate to a worthy charity.

Jason O’Connor, who founded the idea for the day, spoke about his event, saying: “It’s the first one, and hopefully it will be an annual thing, after we get the ball rolling.

“Who doesn’t love superheroes? Kids especially. It’s almost the end of the summer, it’s a last chance to have fun and it’s such a great cause.”

Families gathered at Arthur’s Quay Park, where they could pose for photos with Mickey and Minnie Mouse and a minion, before they began the parade which featured street performers, magicians and a helicopter display.

Siobhan Mulgoven, diagnosed with Spina Bifida as an infant and an advocate for raising awareness for the condition, offered her help with the parade,

“I’m just here as a volunteer on the day, because it’s obviously a charity that is close to my heart. We just hope everybody has a great day and enjoys the sunshine, all the while helping a very worthy cause.”

Funds raised for the Mid-West Spina Bifida Association, which provides services in Limerick, Clare and Tipperary, will go toward research and equipment for those with Spina Bifida and Hydrocephalus.

The charity, established in 1982, provides support, information, physiotherapy, counselling and advice to its members, and their carers and parents, upgrade services for people living with Spina Bifida and or Hydrocephalus in order to promote individual choice, control and quality of life.

Check out more on the Super Hero Parade 2015 website here.

Photos by Frances Fitzgerald for I Love Limerick. All Rights Reserved.