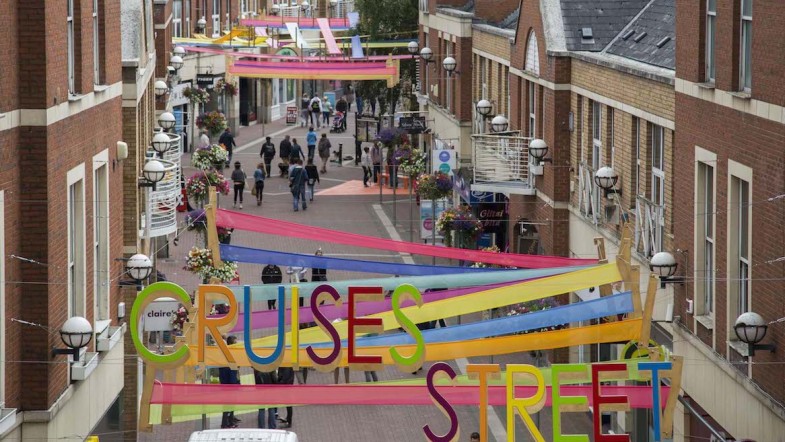 Limerick tidy towns introduce the second year of the Limerick Tidy Towns Award 2015. The aim of the award is to give recognition to all the hard work done by the monthly winners last year.

Over 22 business premises have been awarded the monthly Limerick Tidy Towns  awards over the past two years. The premises were judged based on their external appearance and attractiveness. The individual effort put in by the various store owners makes the work of the Tidy Towns volunteers easier. All of the efforts made by the business owners and Tidy Towns volunteers makes Limerick city centre a more pleasant place for all to work, live and play in.

The following are a list of all eleven monthly winners from 2015;

January – The Stormy Tea Cup, Fox’s Bow, which was chosen for transforming what was a previously neglected alleyway into a highly attractive quirky artisan tea shop, which has grown increasingly popular since it first opened

February – Thomas Street Framing Centre, chosen because it is a perfect example of how we all wish our basement premises looked, with its bright new signage, impeccable paintwork and pretty hanging baskets.

March – Bobby Byrne’s, O’Connell Avenue, has long been a favourite of the Limerick Tidy Towns team, due to its beautifully maintained exterior and traditional signage which perfectly reflects the pub’s charm and character.

April – Parnell Plaza, Parnell Street, admired for its beautiful paintwork and overall appearance of the facade which has rejuvenated this part of Parnell Street. It is clear that much effort has been put in by the owners, management and staff to provide a high-quality venue and wonderful new facility.

May – Compu B, O’Connell Street, chosen for its enormously positive impact on the retail heart of Limerick city centre. Since Compu b moved into the premises in September 2014, the site has been transformed into a modern state of the art retail unit.

June – Figaro Barbers, Bedford Row, chosen for their striking and beautifully maintained premises on one of Limerick’s busiest pedestrianised streets.

July – Limerick Youth Service, Glentworth Street, awarded for their ongoing work in transforming and maintaining city centre lanes with their unique and vibrant street art and creativity, that were previously neglected.

August – The Curragower Bar, Clancy Strand, picked out for its consistency in maintaining a most attractive frontage, particularly given its unique location on the banks of the River Shannon, in the heart of Limerick’s Medieval Quarter.

September – Keating Connolly Sellors Solicitors, Glentworth Street, regarded as a perfect example of how beautiful the Georgian buildings can be when maintained to the highest of standards.

Please vote for your favourite business in the Limerick Tidy Towns Award 2015.

Have a look at our articles on the monthly winners here

Ross O’Carroll-Kellys Breaking Dad at the University Concert Hall Limerick for one week only!