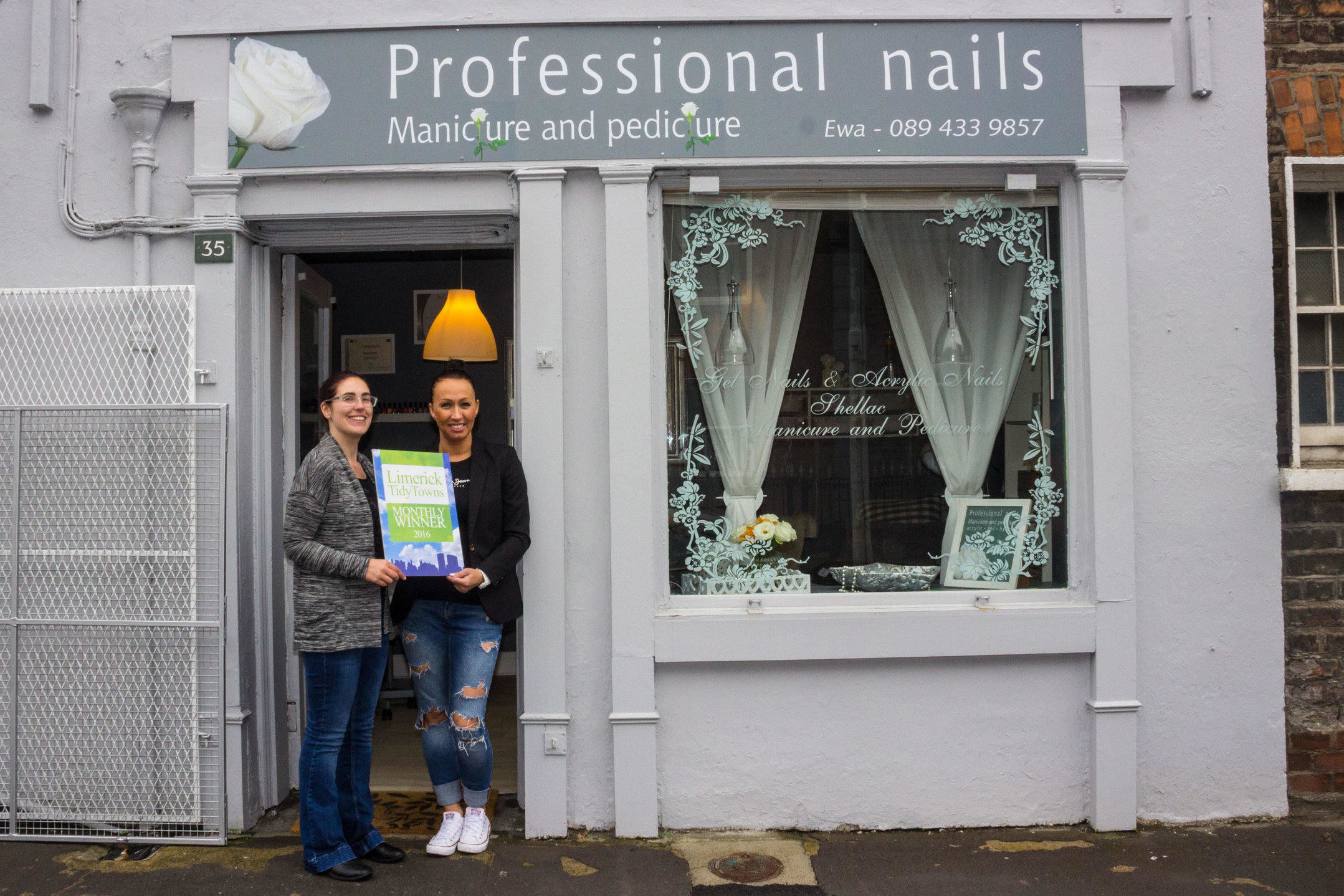 Sharon says “Sometimes even the smallest frontages can make a big difference to a streetscape, and this little nail salon has transformed what was a previously empty and run-down unit on Mallow Street. The striking silver grey paintwork and decorative hand painted signage on both the fascia and the windows is very pretty and reflects the stylish interior when you step inside, and it is a great example of how even a small retail space can have a big impact with an attractive beautifully maintained frontage such as this”.

Ewa opened Professional Nails in May 2016 and works alone. She is a fully qualified nail technician and offers a full range of nail services at competitive prices, from basic manicures and pedicures, to gels, acrylics, shelac and nail art. For more information or to make a booking, please contact Ewa on 089 433 9857.

Professional Nails is the eighth Limerick Tidy Towns monthly award winner for 2016, following Silverwood Jewellers in January, Rebecca Leahy Opticians in February, M&C Property in March, Ryans Jewellers in April, The Cauldron Bar in May, the Tritonville private garden in June and Salon 35 in July. All monthly winners for 2016 will be in with the chance of winning this year’s overall prize at our next annual event to be held early in 2017.

If you wish to volunteer with Limerick Tidy Towns they meet every Sunday morning at 11 am at the corner of Thomas Street and O’Connell Street, and on Wednesday evenings at 6 pm outside the White House for the duration of the summer.