By Richard Lynch on September 17, 2015@richanthon 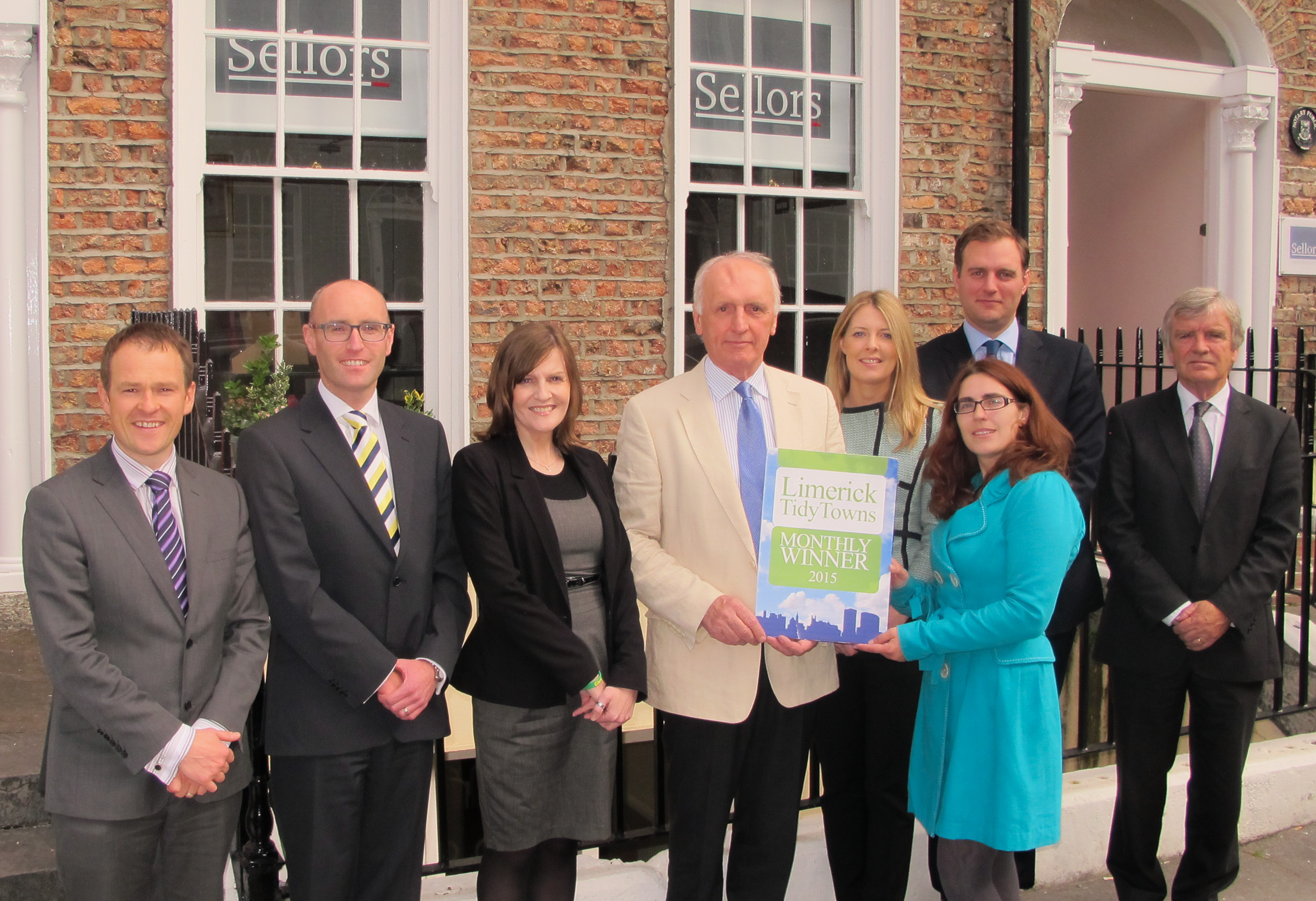 Limerick Tidy Towns award Keating Connolly Sellors with their Tidy Towns monthly award. The offices, located on Glentworth Street, are a perfect example of how beautiful our Georgian buildings can be when maintained to the highest of standards.

Maura says: “From a Tidy Towns perspective, Limerick’s Georgian Quarter is hugely important and though it still has its problems with a number of buildings in disrepair, we are hopeful that the planned regeneration of the area transforms it in the coming years.  In the meantime however, as an example of the potential these magnificent buildings have when sympathetically restored and maintained, you could not look past the Glentworth Street offices of Keating Connolly Sellors.  The paintwork on the original sash windows and traditional bright red doors is pristine and the brickwork perfectly pointed.  Adding to this, are eye-catching window boxes with bright floral displays, beautifully maintained traditional railings and a spotlessly clean exterior and basement area, all of which greatly enhance the historic Georgian features and makes the building a huge asset to the street as a whole.”

If Keating Connolly Sellors’ offices are an example of how perfectly state of the art modernity can blend with tradition, then so too is the firm itself as though the seeds of the practice were sown more than 150 years ago, Keating Connolly Sellors was only formed this year after the merging of two of Limerick’s largest law practices, Connolly Sellors Geraghty and Keating & Keogh Solicitors.  From its offices at Glentworth Street and also 91 O’Connell Street, the new firm now employs over 30 people and services a Limerick, Munster and international client base.  They offer the very best of professional advice across all of the legal disciplines, including corporate banking, commercial property, litigation and family law and can be contacted on 061 414355, by email at [email protected] or visit their website, below.

Keating Connolly Sellors is the ninth recipient of Limerick Tidy Towns’ monthly awards for 2015, with The Stormy Teacup having won in January, Thomas Street Framing Centre in February, Bobby Byrne’s in March, Parnell Plaza in April, Combu b in May, Figaro Barber Shop in June, Limerick Youth Service in July and The Curragower in August.  An overall winner will be chosen at the end of the year and if members of the public wish to suggest future monthly winners which they feel merit the award, please do let the Tidy Towns team know.  Limerick Tidy Towns would also like thank Fran Fitzgerald of I Love Limerick for taking the photographs for this and all of their monthly awards.

If you wish to volunteer with Limerick Tidy Towns they meet every Sunday morning at 11 am at the corner of Thomas Street and O’Connell Street, and on Wednesday evenings at 6 pm outside the White House during the summer months. For further details you can like them on Facebook, follow them on Twitter, check out their website below or email [email protected]