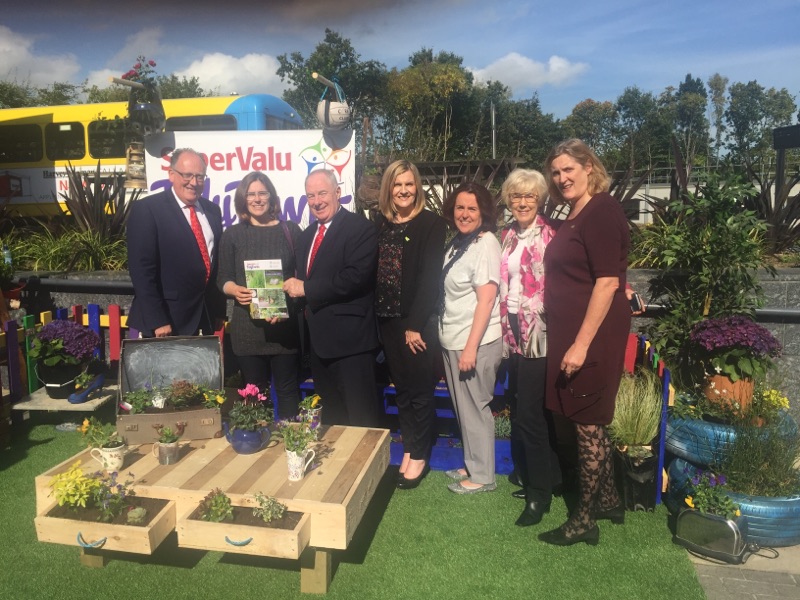 Helen O’Donnell, Chairperson of Limerick City Tidy Towns, speaking after the event said: “On behalf of the Committee and all our volunteers, we were delighted to accept this award today as recognition for all that we have achieved since we first formed back in 2012, and would like to thank Supervalu Tidy Towns.  This is especially gratifying having come on the back of our nomination in the large towns category of “Ireland’s Best Kept Towns” earlier this year.  We expected that to be the highlight of the Group’s achievements in 2017, so were pleasantly surprised to receive the invitation to National Awards. We are thrilled to receive this bronze model on behalf of the city, and especially all our dedicated volunteers who have worked tirelessly over the past six years”.

Forming a new Tidy Towns Group to specifically cover Limerick city centre was the brainchild of Helen O’Donnell at the Limerick Local Heroes Ideas Summit in 2012.  The inaugural meetings generated great enthusiasm at inaugural and a core group volunteers emerged.  Since then many new volunteers and supporters have joined, and their annual Tidy Towns application now includes input from groups such as the South Limerick City Residents Association, Westfields Wetlands, and other residential groups in the city, which has been a huge benefit to Limerick City Tidy Towns.

Helen continued; “With the help of Limerick City Trust for the great work they continuously carry out in the city, and the ongoing support of Limerick City Council, the JP McManus Foundation, Dulux Paint and many businesses in the city, particularly the winners of our monthly and annual awards which started back in 2014! The marks for the Limerick City Tidy Towns Group’s application have risen year on year culminating in this year’s bronze medal.  While the ultimate aim is to achieve a gold medal or indeed eventually to win the competition outright, it gives us great encouragement to have achieved this award today, which we hope will attract more volunteers to our ranks.  While flagship annual events such as Team Limerick Cleanup are hugely important not just to us, but to all Limerick based Tidy Towns groups, we would love to see that enthusiasm and spirit continue throughout the year.”

The Group have many new projects planned for 2018 and the coming years and hope to build on successful campaigns such as this year’s basement poster campaign which encouraged several basement owners to come out and clean basements which were inaccessible to the volunteers and are a huge blight to the city centre. Limerick City Tidy Towns also continue to give monthly awards to businesses and residents in the city who consistently maintain their own premises to and encourage neighbouring premises to do the same.

Helen finished by saying: “While there is still much work to do, this bronze medal today gives us huge encouragement and is hopefully just the first of many awards to come to Limerick City Tidy Towns Group.  I am very proud of all our volunteers and their dedication, most of whom have full-time jobs and do this in their spare time, and it would be great to see our numbers added to for the 2018 campaign.  We take great pride in our beautiful city and hope that this is just the beginning of a great future for not just our group, but Limerick city as a whole”.