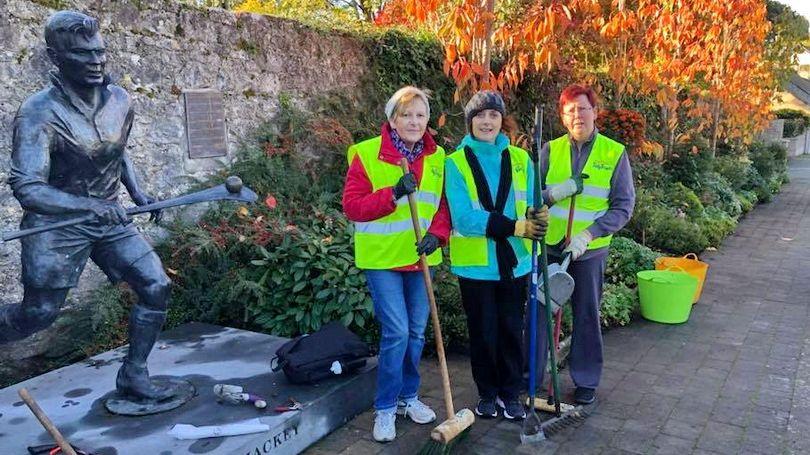 Limerick Tidy Towns Seminar – The seminar is a great opportunity for Limerick’s Tidy Town groups to network at an in-person event.

Groups at all stages of their Tidy Towns journey, whether they are new to the competition or seasoned competitors, are all encouraged to attend.

Limerick City and County Council is inviting Tidy Towns groups from across the city and county to register for their first in-person Limerick Tidy Towns seminar since 2019.

For the Limerick Tidy Towns seminar, there is an excellent programme of guest speakers including representatives from Ireland’s Tidiest Small Towns, Abbeyleix, Co Laois and Blackrock, Co Louth, along with Senior Tidy Towns Adjudicator, Anne O’Leary.

Robbie Quinn will share top tips from the National 2021 Tidiest Small Town winner Abbeyleix. He will be followed by John Horan from Louth’s winner and Gold Medallist Blackrock Tidy Towns. They will share their experience from a Tidy Town’s volunteer’s perspective.

The final speaker of the evening will be renowned Tidy Towns judge Anne O’Leary, a former town planner who is a vastly experienced adjudicator, having been involved in judging the national tidy towns competition for four decades.

The event takes place on Wednesday, February 16 in the Woodlands House Hotel, Adare, Co Limerick, with registration and refreshments available from 6.15 pm. The seminar itself will commence at 6.45pm.

Groups at all stages of their Tidy Towns journey, whether they are new to the competition or seasoned competitors, are encouraged to attend.

Mayor of Limerick City and County, Cllr Daniel Butler said: “Communities have shown such resilience and strength throughout the restrictions that now is their time to shine. Throughout lockdown, Tidy Towns volunteers continued to work hard in their communities and they must be commended for this.

“It’s great for Limerick’s Tidy Towns groups to be able to network at an in-person event. Tidy Towns volunteers continue to make an enormous contribution to civic life in Limerick and the seminar is just one way that the Council can support them with their volunteer work. I am looking forward to meeting them and welcoming our guest speakers to Limerick.”

For other stories on Limerick Tidy Towns go HERE