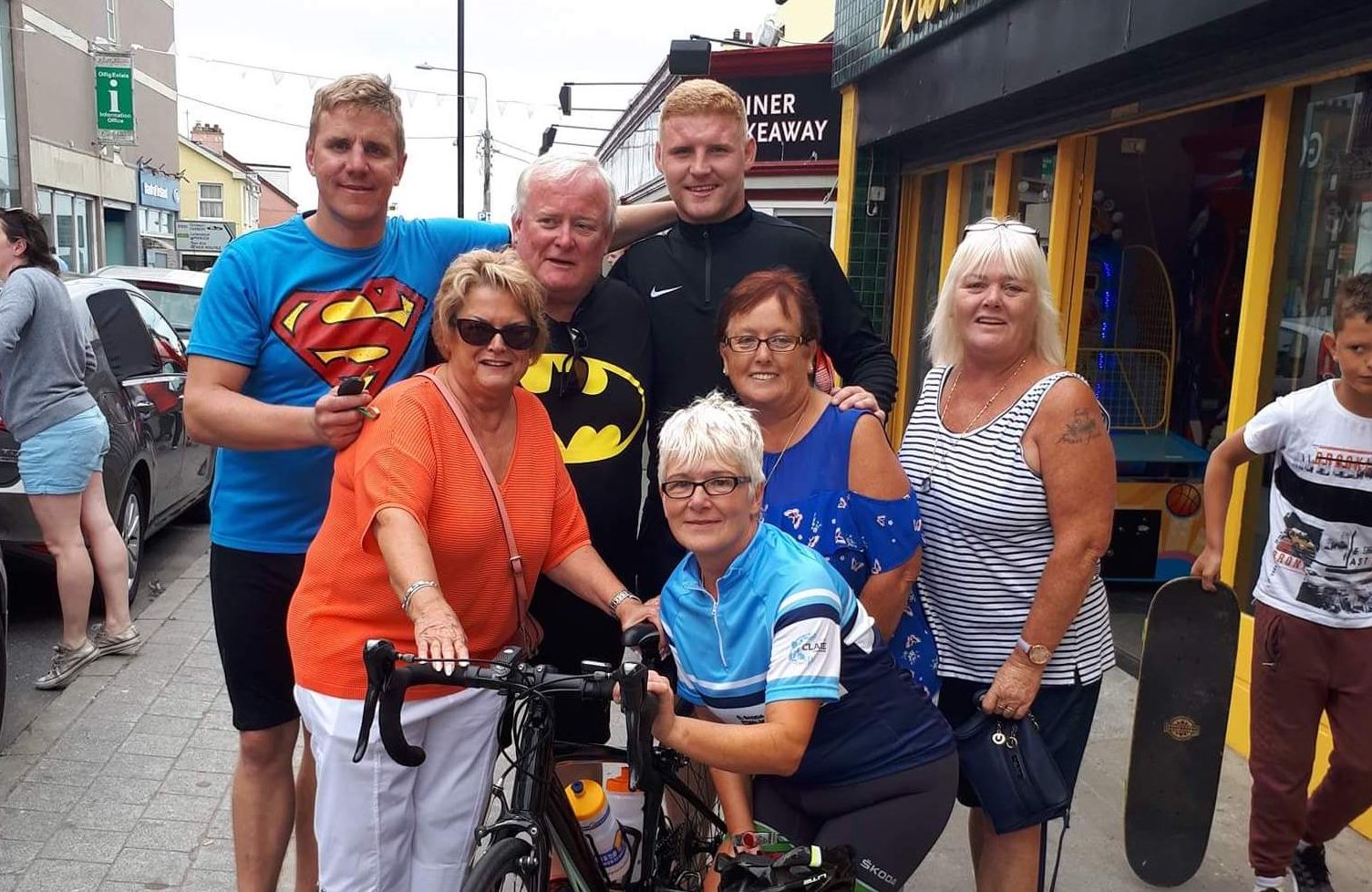 Limerick to Ballybunion 2018 – Some of this year’s Charity Cycle participants pictured before setting off on the cycle.

This year’s Charity Cycle from Limerick to Ballybunion 2018 took place on Saturday, July 15 which took off from their usual spot outside Topaz on the Dock Road and so far raised an incredible €18,240 for Limerick Suicide Watch and Dóchas (Hope for People with Autism).

The theme for this years event was ‘superheroes’ a fitting name for the incredible people that took part in the long cycle to Ballybunion for charity.

“The support running up to and on the day of the cycle was unbelievable everything from money, food, water, banners, party bags, photography and spot prizes were all donated through the kindness of Limerick people,” said Organiser of the event, Louise Collins. 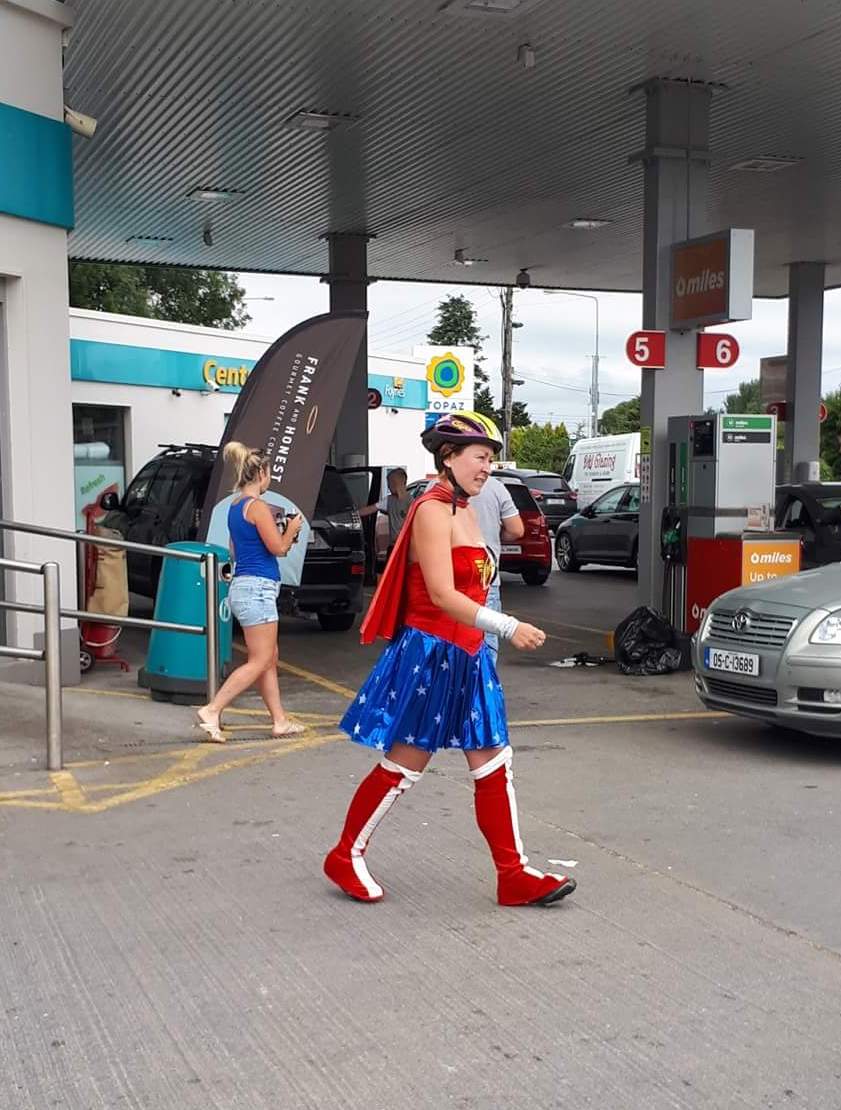 The theme for this year’s Charity Cycle was ‘superheroes’ a fitting name for the incredible people that took part in the long cycle to Ballybunion.

This year the number of people that cycled to trek from Limerick to Ballybunion was 105 with about 30 new cyclists that joined this year, even a few participants came from Ballybunion who braved the elements to join the Limerick men and women to make the day even more special. To the incredible women who took part in the event, again you never fail to let us down,” Louise added.

There were cyclists aging from 20 to 70 years old participating on the day and plenty of sponsors for the event. “To DJ Glazing, Dromoland Castle, Rexel Industrial, Bluebird Care, Screen Grafix, T+G Roofing, Richards Fruit, Stillhouse, P.J’s Plaice Fast Food, Kileely Court a special thank you for all you have done,” Louise said.

There was only one puncture on the day and this was down to the incredible puncture support, David McNamara, Robert Earls, Mike Reddan, Keith Power and Ger McNamara who drove alongside the cyclists on the day, who were also in charge of photography and gear changing.

This year’s afterparty was hosted in JD’s who fed and were so kind to let the cyclists store their bikes so they could enjoy the rest of their night.

For more stories about the Charity Cycle, click here

Related Topics:Limerick to Ballybunion 2018
Up Next