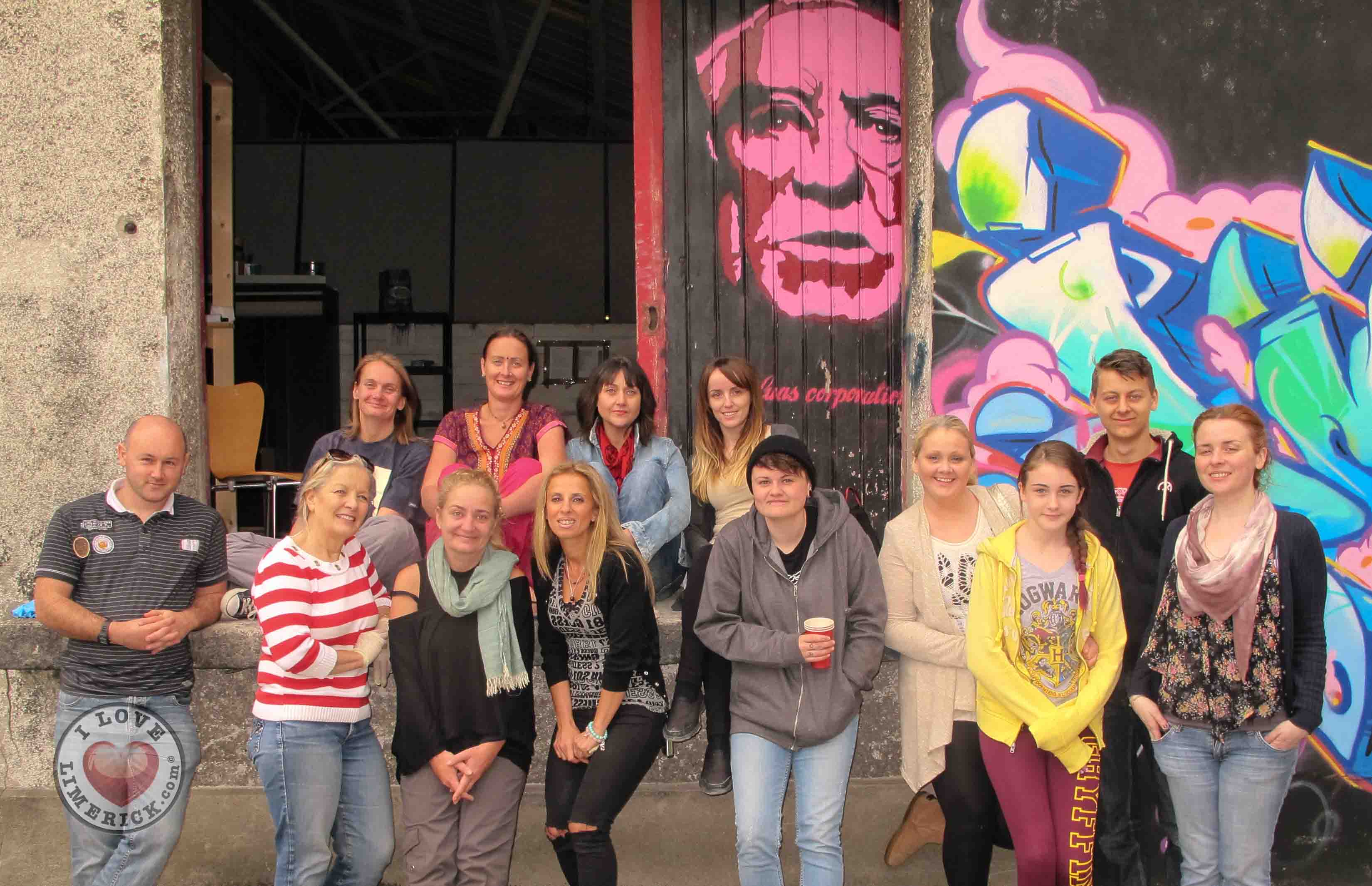 Pictured: Nadine Buttery and Rula Al-Alek, among volunteers for ‘Limerick to Calais’, at the depot, at the back of the Cahill May Roberts building, Bank Place.

Bags and bags of items, just a fraction of supplies donated by the people of Limerick.

The people of Limerick have gone “above and beyond” in their efforts with the ‘Limerick to Calais’ emergency aid depot, as it continues to gather supplies and garner support for the Syrian refugees based in Calais.

The depot, at the back of the Cahill May Roberts building, Bank Place, opened its doors for the first time this Monday and has seen an overwhelming amount of support.

Limerick to Calais was the brainchild of Limerick woman, Nadine Buttery, who set it up in conjunction with the ‘Cork to Calais Refugee Solidarity Group’.

Ms Buttery, who has wide-ranging and ambitious plans for the drive’s future, is thrilled to have Rula Al-Akel, Syrian mother-of-two, on board.

Ms Al-Akel moved from her native city of Damascus in Syria to Waterford in 1999, before settling in Limerick in 2004.

Preferring not to focus on the events in Syria, she said she could no longer do nothing after an experience that “shook her.”

“I don’t watch the news, I don’t see anything on Facebook or look at the pictures. But when I saw that little boy in the sea, I cried for two days.

“What is being done to the Syrian people is inhumane. I wanted to do something, I couldn’t detach myself anymore,” she said.

Working on the project has been a “positive” force for Ms Al-Akel, who is grateful for the support of the Limerick public.

“You see something really human and from the heart. People are putting themselves into other people’s shoes. The generosity is amazing, they are not just sitting and watching, and doing nothing.

Ms Buttery sees no end to ‘Limerick to Calais’, at least for the foreseeable future, saying that she hopes it goes on “indefinitely.”

Expressing her wish for ‘Limerick to ‘Calais’ to be an ongoing initiative, Ms Buttery said: “We’re talking Calais this week and next, and then we’re going to be talking about Greece and Hungary.. Whoever needs our help, really.”

Inspiration struck with the thought of organising a depot, giving Ms Buttery the push to contact Tracey Ryan, the woman behind the country-wide drive, in the hopes of giving Limerick people a space to donate supplies.

“I was just as aware as everyone else as to what was going on [with Syria] and I wanted to do something”, Nadine said.

She continued: “I contacted Tracy Ryan and asked if she would like a depot in Limerick and she was really enthusiastic. Basically I ran from there. I just asked everybody I knew in Limerick, pestering people, and even crying at one stage,” Nadine laughed.

Eventually getting “her way”, Ms Buttery, Ms Al-Alek and a team of dedicated helpers have secured an enormous amount of supplies that will be delivered to Calais on September 30th.

The ‘Limerick to Calais’ Facebook page, which sparked the drive’s popularity and publicity, gained approximately 1,500 ‘likes’ in under 12 hours, is now reaching the 4,000 mark.

The page is updated regularly, informing people of upcoming, fundraising events and showcasing the generosity of the Limerick people.

A coffee morning will be held at O’Mahony’s Booksellers , Friday September 18th from 10am – 4pm, with all funds raised going to the ‘Limerick to Calais’ emergency aid depot.

A GoFundMe page has also been set up, and is available to donate to here