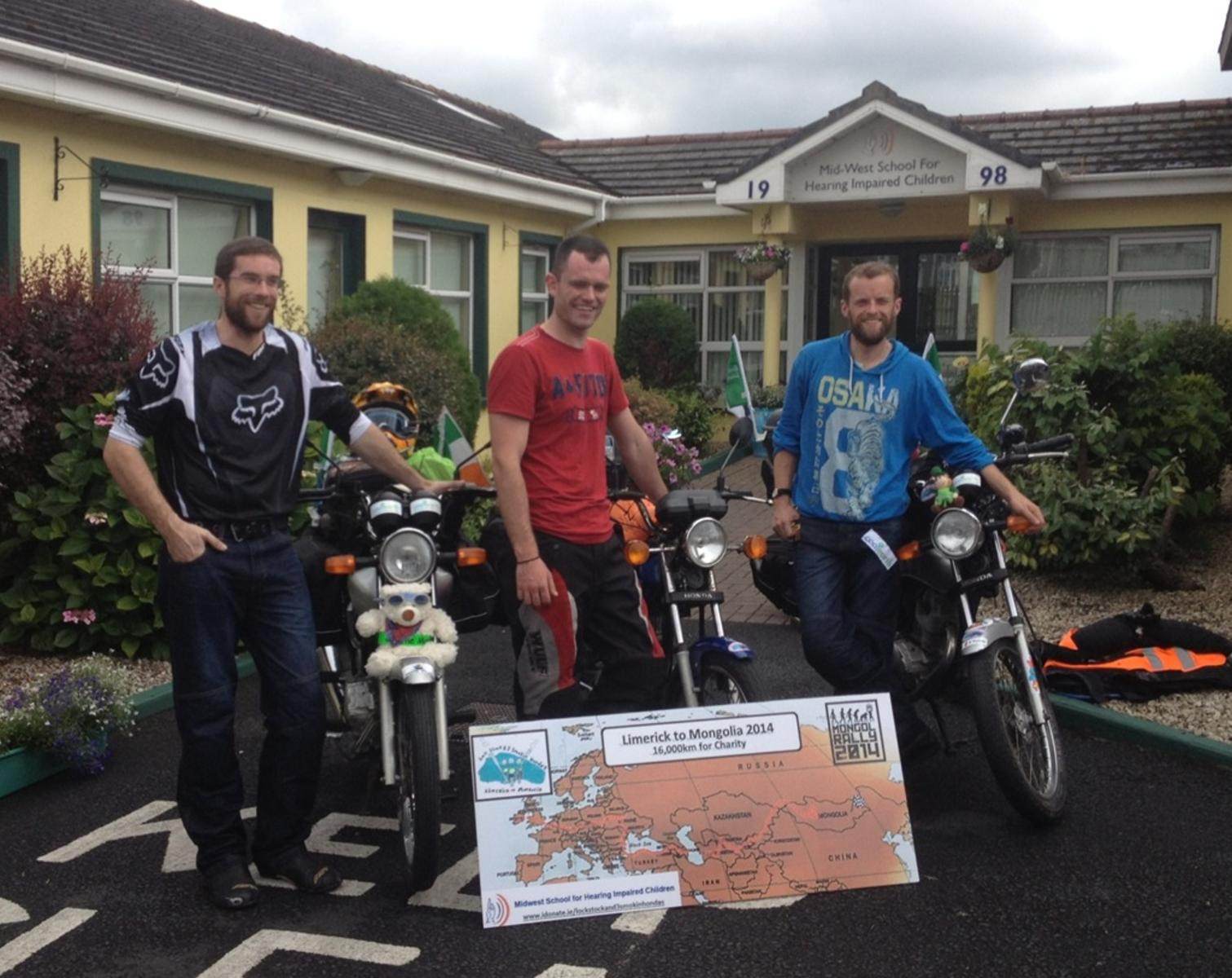 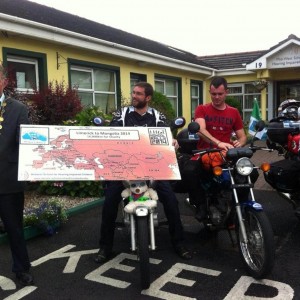 Three Limerick men are embarking on the 16,000km journey from Limerick to Mongolia on their Honda 125cc bikes to raise money for the Mid-West School for the Hearing Impaired Children in Rosbrien, Limerick.

Kevin Power, Aran Power and Stephen Allen were present at the launch of their project last Friday, July 18, which took place at the pre-school for deaf children, which relies almost entirely on fundraising efforts to sustain itself. It is the only pre-school that caters specifically to the needs of death children in the country, and while it does get an annual grant from the HSE, this doesn’t cover one fifth of the costs involved in running the school.

Most of the school’s fundraising efforts have been poured into keeping this vital pre-school running for the past number of years – the average cost of which lies at roughly €26,000 a year. To illustrate just how important the work done by the school is, it is essential to point out that some of the children who start attending the pre-school at two and a half years of age have no language at home. In the course of their time at the pre-school they are introduced to the Irish Sign Language and work on their oral language development, so that they will have acquired some language by the time they start primary school.

For this worthy cause, Kevin, Aran and Stephen will be traveling from Limerick City to Ulaanbaatar in eastern Mongolia. The journey is going to take them through 17 countries, including England, Germany, Hungary, Turkey, Azerbaijan, Turkmenistan and Uzbekistan.

The trio, each with over ten years of motorcycle and maintenance experience, will be traveling on only their trustworthy Honda 125cc bikes. Nonetheless the trip will pose a challenge, as the countries they will be passing through on their way are mostly unchartered territory for all of them. In addition to the unknown looming on the horizon, they are setting off without support vehicles, while accommodation on their adventure takes the form of a four man tent. Their travels are expected to take them six weeks, in which they will depend on whatever equipment they can carry, and the generosity of people along the way.

All funds raised will go solely towards the annual costs of running the pre-school for hearing impaired children in Rosbrien – all equipment, visa and travel costs are being covered by the participants themselves.

Furthermore they intend to donate their motorcycles to the “Christina Noble Foundation” upon their arrival in Ulaanbaatar – the charity will then donate the motorcycles to local Mongolian nomads on their behalf. In other words the journey will provide not only the pupils of the pre-school for hearing impaired children, but also the Mongolian locals with a life changing gift.

Donations can be made to http://www.idonate.ie/lockstockand3smokinhondas
Please feel free to follow the journey at: https://www.facebook.com/#!/LockStockand3SmokinBikes