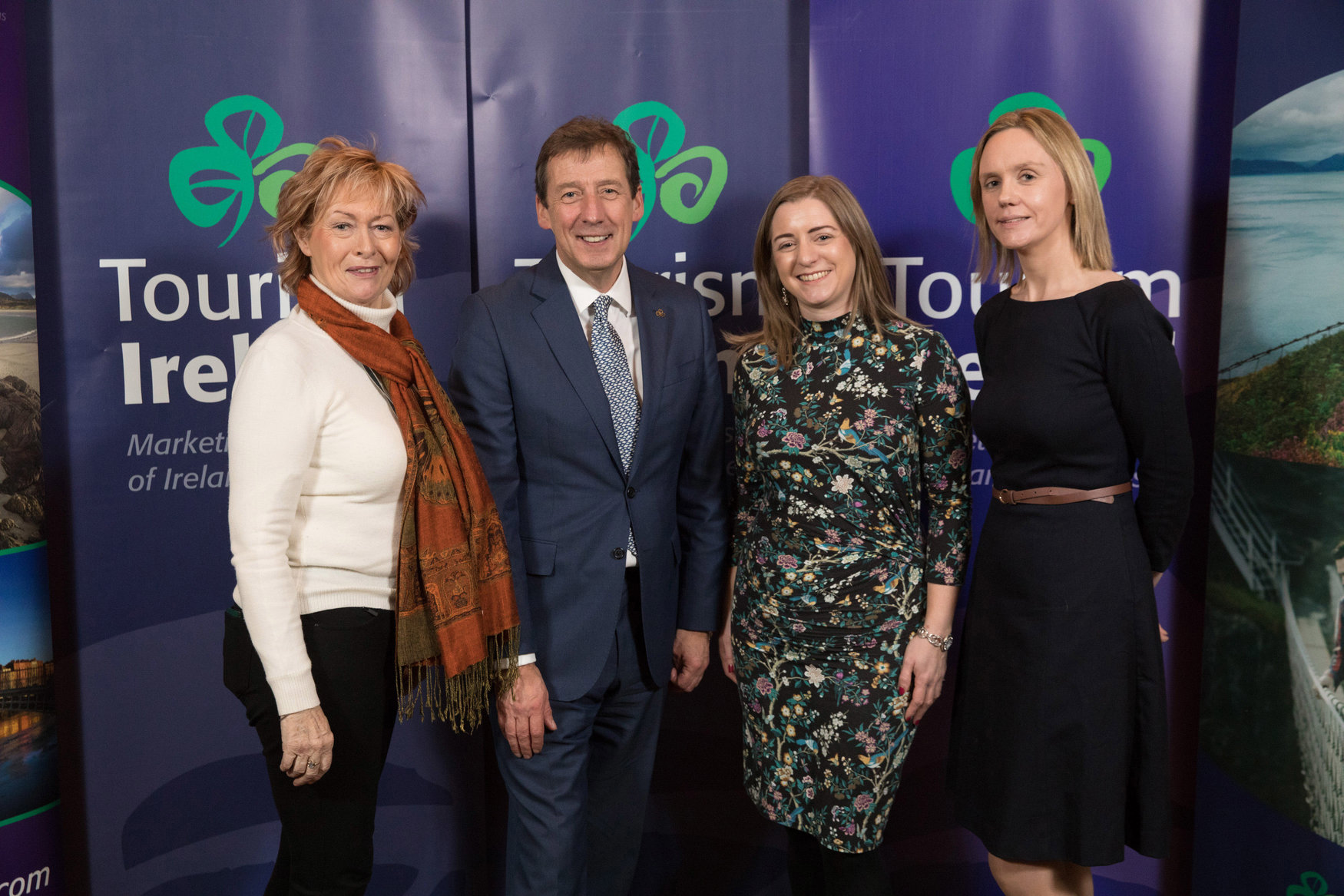 Tourism Ireland launched details of its marketing plans to promote the island of Ireland overseas in 2018, at an event attended by Limerick tourism operators and tourism industry leaders from elsewhere around the country.

2017 is set to be another record year for Irish tourism, surpassing all previous records; by year end, 10.65 million people will have visited the island of Ireland, spending €5.78 billion. For 2018, Tourism Ireland aims to build on this year’s performance – growing overseas tourism revenue to €6 billion (+5%) to the island of Ireland and visitor numbers to 10.8 million (+2%).

Building on this year’s success and sustaining growth into the future is at the heart of Tourism Ireland’s strategy for 2018. Factors working in our favour include new flights to Ireland – including the first ever direct flight from the Asia-Pacific region, with a new Cathay Pacific service from Hong Kong, set to launch in June, as well as new Aer Lingus flights from Seattle and Philadelphia. Other positives include strong economies in many of our key source markets; as well as Tourism Ireland’s strength in digital and social media (the organisation is the fourth most popular tourism board in the world on Facebook). The release of Star Wars: Episode VIII – which will feature various locations along the western seaboard – also presents Tourism Ireland with a truly unique opportunity to highlight the Wild Atlantic Way and Ireland in 2018.

Latest estimates indicate that, by year end, revenue generated by international visitors will be around €5.78 billion, a +6.7% increase over last year, helping to sustain some 282,000 valuable jobs in communities across the island. Some 10.65 million people will have visited the island of Ireland, representing a +3.2% increase over 2016, with growth recorded from all markets except Britain.

“2017 is set to be another record year for Irish tourism, surpassing all previous records and coming on the back of a number of years of strong growth,” said Niall Gibbons, CEO of Tourism Ireland. “And, I am delighted to report that we have seen growth from all our main markets around the world, with the exception of Britain – with record numbers arriving here from North America, Mainland Europe, Australia and developing markets. Throughout the year, Tourism Ireland undertook a packed programme of promotions, to bring Ireland to the attention of travellers everywhere. Thousands of opportunities were created for potential visitors around the world to read, hear or watch positive messages about Ireland; Tourism Ireland estimates that this media exposure is worth an estimated €327 million in equivalent advertising value.”

“We are heading into 2018 in a position of some strength, based on the success of 2017. Our aim is to position Ireland as a year-round, ‘must visit’ destination and to ensure that the contribution of overseas tourism to the economy continues to expand,” said Niall Gibbons, CEO of Tourism Ireland.

“We will implement the actions arising from our comprehensive reviews of the US and German markets; and we will exploit new access opportunities from Asia and the Middle East, to grow business from our developing markets. Screen tourism will remain a priority and over the coming weeks and months, we will leverage the huge global popularity of Star Wars, following the upcoming launch of Star Wars Episode VIII.”

2018 will undoubtedly present some challenges – not least Brexit, which is likely to continue to impact on consumer confidence and, in turn, on outbound travel from Britain. The recent decline in visitor numbers from Britain, coupled with other geopolitical challenges, means that now more than ever, it is essential to invest in year-round marketing programmes, as well as in research, to understand consumers’ travel intentions. The depreciation of sterling against the euro means that value for money will continue to be a key message for us in Britain next year. As our nearest neighbour and one of our top four markets for overseas tourism, Britain will remain a priority for us. Tourism Ireland will continue to work with its industry partners to highlight the ease of getting to the island of Ireland.

New access developments for 2018 include a new Cathay Pacific flight to Dublin from Hong Kong; Aer Lingus flights to Dublin from Seattle and Philadelphia; Air Canada services between Toronto and Shannon and between Montreal and Dublin; as well as increased Ryanair services from Germany. Irish Ferries will introduce its new cruise ferry, the WB Yeats, in July – which will mean double the current number of sailings between France and Ireland, with daily departures in alternate directions.

Tourism Ireland will continue to work with Fáilte Ireland, tour operators, air and sea carriers, regional airports, and seaports and Limerick tourism operators and tourism operators from all over the country, to foster the greater dispersal of visitors around the regions of Ireland and right throughout the year, highlighting Ireland for shoulder and off-peak breaks.

To find out more about Tourism Ireland click here