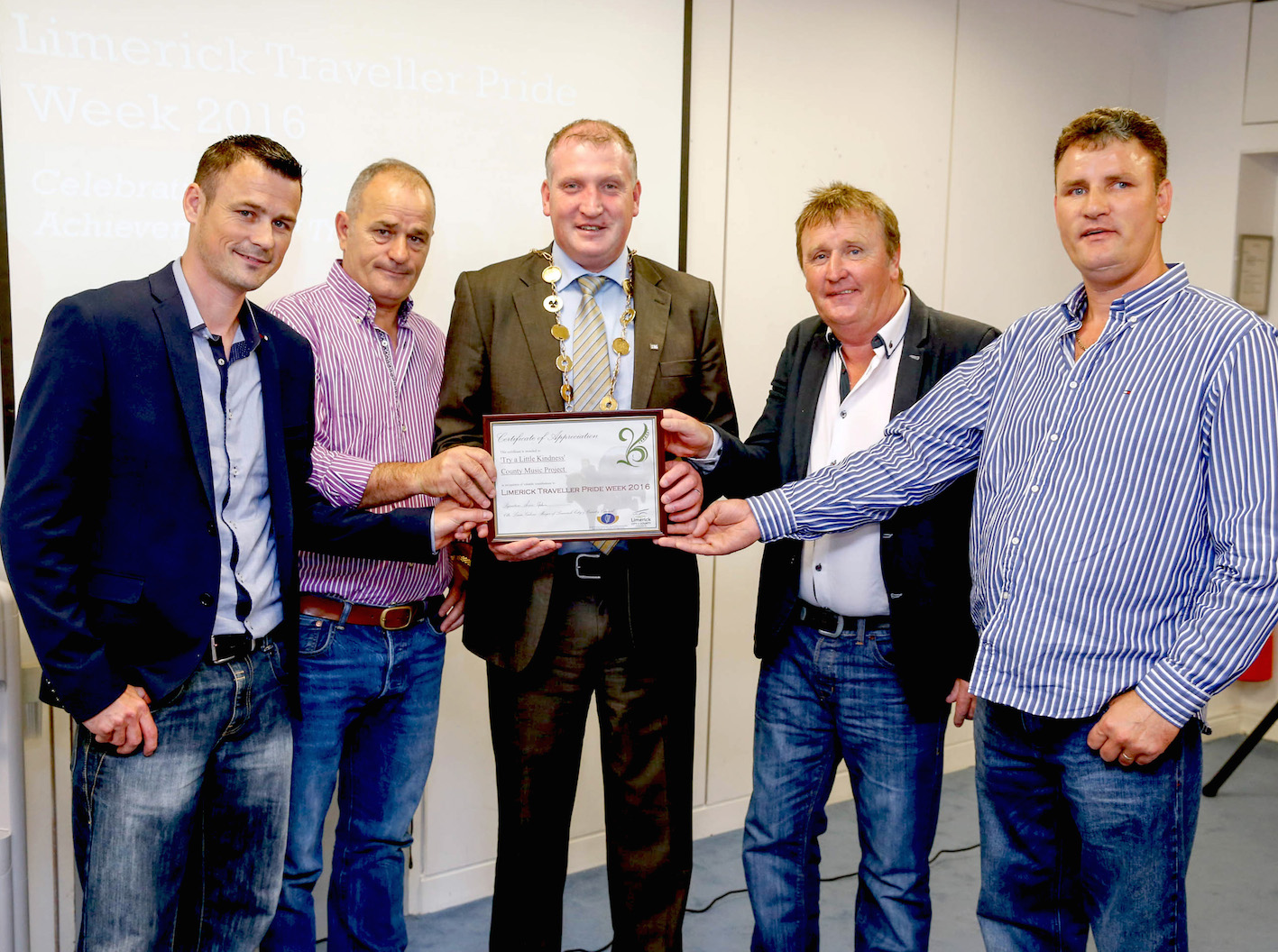 A deeper understanding of the artistic and musical talents and traditions of the travelling community in Limerick will be illustrated next week as the inaugural Limerick Traveller Pride Week takes place.

From the launch of a DVD to the unveiling of photographic, woodwork and glasswork exhibitions, the event will give a snapshot of the cultural flair of the travelling community.

The aim of Limerick Traveller Pride Week 2016 is to raise awareness of the excellent completed works of a number of traveller groups and at the same time promote and encourage discussion around the vision for the travelling community going forward in Limerick.

Limerick Traveller Pride Week 2016 is run by Limerick City and County Council in conjunction with a number of other agencies, including the HSE.  The programme also reflects the inclusion of Traveller Culture in the Limerick 2020 bid for European Capital of Culture.

It will be launched on Tuesday next, June 14 at 10am in City Hall by Mayor of Limerick City and County Liam Galvin with a special celebration that includes the launch of DVD by a men’s group in Askeaton titled ‘Try a Little Kindness’.   The compilation, comprising well known country music classic including a revised version of Johnny Cash’s classic ‘I Walk the Line’, uses music to promote mental health.

The launch day will also see, in a collaboration between the HSE and the Traveller Primary Health Care Groups in Limerick City and County, the publication of a book of nursery rhymes read to traveller children, including universal and traveller specific rhymes, aimed at promoting speech and language.

Limerick’s West End Youth Club, based in the Ballinacurra-Weston area, will also present ‘Loss’, a short film in collaboration with the Cecil Street performance resource space, The GAFF.  ‘Loss’ was written and performed by the members of the West End Youth Club (based in Ballinacurra) and is a story about a traveller-girl who is isolated in grief as a result of a family death.

A week-long Glass Exhibition will also be launched on Tuesday at City Hall. The display of Glass works by Limerick City Traveller Health Advocacy Programme explores the subject of ‘home’, reflecting themes such as faith, community, housing and family.

Another exhibition – 1916 Woodwork Exhibition, Newcastle West Library – will involve a display of woodwork by Abbeyfeale Adult Education Programme.  This consists of a wooden carving of the 1916 proclamation.

A third striking display will be the Traveller Pride Photo Exhibition in Kilmallock Library drawn together by the Limerick City Traveller Health Advocacy Programme.  This is a collection of photographs dating from early days of traveller images to the current era.

Said Seamus O’Connor, Senior Executive Officer, Limerick City and County Council, “Huge work is being done by various traveller groups around the city and county.  Much of this is in the cultural space and is of a really high standard, which you would expect given the heritage in the travelling community. Culture is deeply embedded in the DNA of the travelling community and we are giving them a long overdue platform to express this. The response has been excellent and we have a really positive week ahead that will help with deepening the understanding of their culture.”