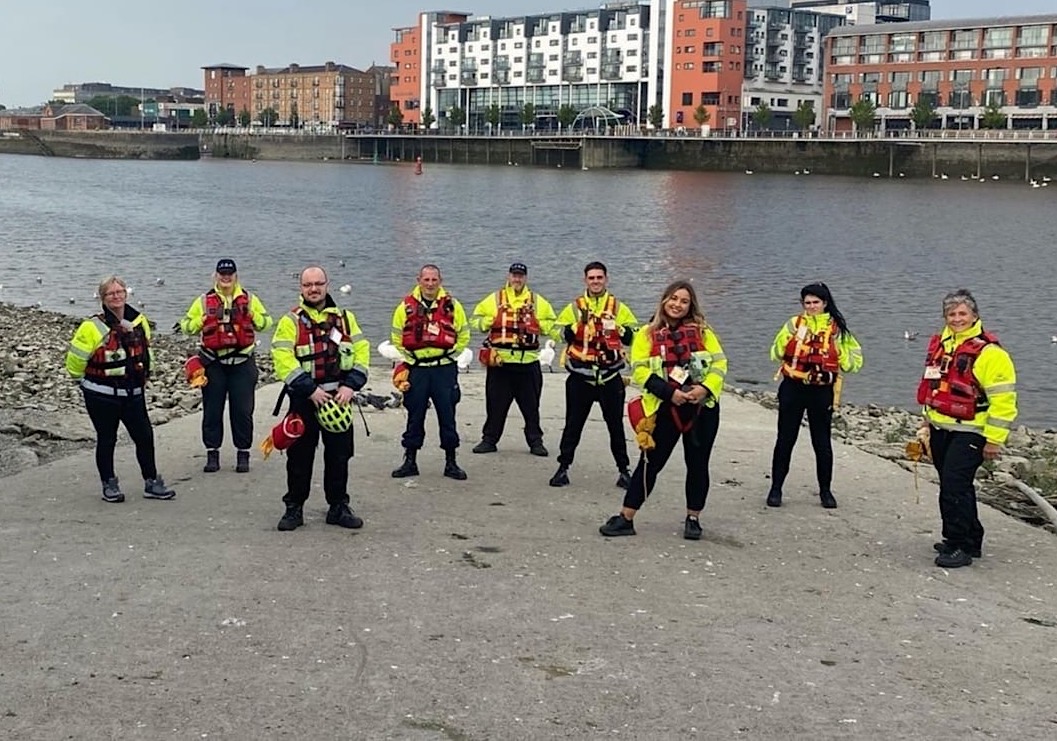 Limerick Treaty Suicide Prevention is patrolling local bridges to prevent suicides from happening. Pictured above are some of its members including podcaster and PR expert Sophie LaTouche and boxer and LTSP brand ambassador Lee Reeves. Photo provided by Sophie LaTouche.

One of the group’s freshest additions is Instagram personality, podcast expert and marketing maestro Sophie LaTouche. For the past few weeks, Sophie has been working with LTSP in their bridge patrols. In a recent Instagram video, she explains the importance of this organisation, providing facts to back up her claim and show people the reality of the situation.

Limerick’s rate of suicide is double the national average rate per county. Also, men are three times more likely to be affected by suicide, however, last year Limerick lost three girls to suicide over the course of only three weeks. Sophie went on to discuss how vital it is to take action against this threat, which is why she set up the GoFundMe page and passed on the Gratitude Challenge.

The Gratitude Challenge is all about stating what you’re thankful for. On Sophie’s social media page, she instructed people to list five things they are grateful for, tag five people and donate five euro the LTSP GoFundMe page. Some locals already getting involved with the challenge include Leanne Moore and Richard Lynch.

With high hopes of gaining support, Sophie’s goal was to raise €2,500 for the organisation and they luckily surpassed that goal, racking in €2,616. All the funds will go towards recruiting new volunteers and increasing their equipment such as protection jackets for patrols.

You can donate €5 to the link in my bio ❤️❤️ Limerick has double the national average rate of suicide. We have a local epidemic. L.T.S.P @treatysuicideprevention are a suicide prevention organisation that need our help to purchase much needed equipment ❤️ For this fundraiser, it is a Gratitude Challenge, you don’t have to run 5k or do very much at all or we want you to write 5 things your greatful for and post it to your story, tag 5 people and donate €5 to the link above ❤️? Please share and donate so we can get to our target of €2500. It take 500 people to donate €5 and we will reach our target.and With the €2500 @treatysuicideprevention will have the 20 jackets, 4 life jackets and 20 lifesaving throwbags!

At first, Sophie had no idea this group existed. She said, “I never knew there were two separate groups that patrol our bridges, and it seems that is a general perception. It’s very important to distinguish there is two groups as one doesn’t have enough equipment to even patrol the streets and protect the volunteers.”

LTSP caught her eye when she was doing her weekly Instagram project called ‘Sophie’s Secrets’. Later on, someone messaged her saying that there were two different suicide prevention groups that patrol the Limerick bridges, one of which is extremely underfunded. After researching Limerick Treaty Suicide Prevention, Sophie took matters into her own hands with PR work and even volunteering herself.

Once her visitation concluded, she knew there was more to be done. She said, “I knew I wanted to do more. So I came up with the Gratitude Challenge. It was a gorgeous challenge and the likes of Louise Cooney, Shauna Lindsay, Sinéad Ó Brien, Chloe Walsh, Chloe Hackett and all of the other social media queen’s got involved. Everyone just wants to help, everyone knows the problem we have in the city, and it really proved that we are all in this together.” Limerick Treaty Suicide Prevention

“We raised 2616 and our target was 2500. We closed the fundraiser down when we reached that because we got what we needed. Thank you to everyone that donated, but also, hopefully now they will take me on as a permanent member. I really have found purpose and meaning within the group and I won’t stop there,” said Sophie. Limerick Treaty Suicide Prevention

To listen to some of Sophie’s podcasts, click here.