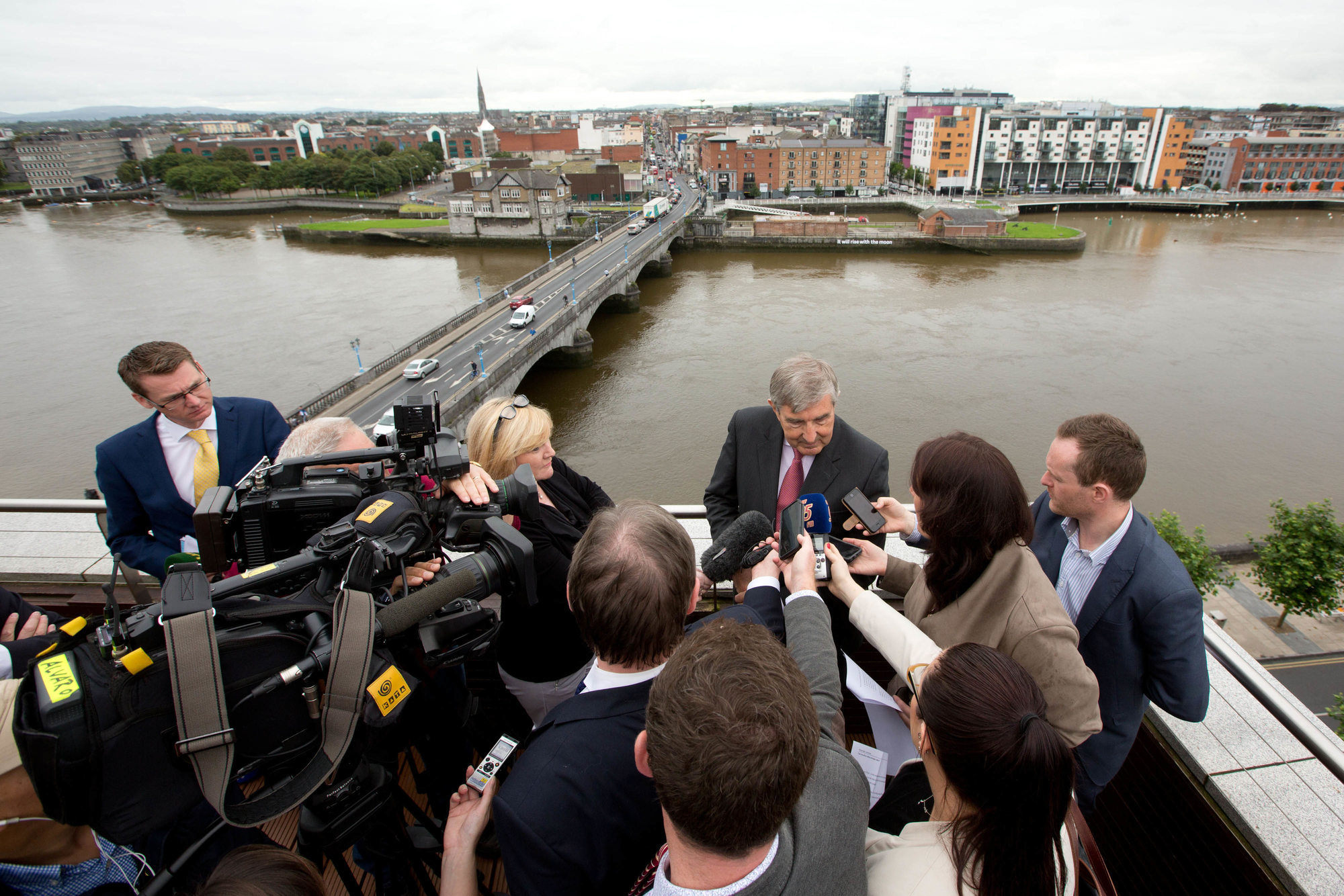 The biggest single Irish commercial property development programme undertaken outside the capital was unveiled today with the launch of a special purpose vehicle to accelerate Limerick’s emergence as one of Europe’s most attractive investment locations.

Limerick Twenty Thirty Strategic Development DAC (Designated Activity Company) is the first entity of its kind created by a local authority to deliver a city and county-wide programme of investment.  It will be tasked, in the first instance, with delivering over €500m worth of transformational investment infrastructure across four strategic sites in Limerick City, with the capacity to create in excess of 5,000 jobs over the next five years.

The Limerick Twenty Thirty company – with one of Ireland’s most respected and successful business leaders, Denis Brosnan, as Executive Chairman – will prioritise the redevelopment of 1.4 million sq ft of prime real estate across the four sites into state-of-the-art office, retail, residential, education and enterprise space.

The investment programme will put the required infrastructure in place to accelerate inward investment to the city and county, both from the indigenous and FDI sectors.

It will add further momentum to Limerick’s remarkable job creation record since the 2013 the launch of ‘Limerick 2030: An Economic and Spatial Plan for Limerick’ – a once in a generation plan to guide the economic, social and physical renaissance of Limerick city centre, the wider county and Mid-West region. Delivery on this is already ahead of targets, with 7,800 jobs created in Limerick and over €1.3 billion invested in the interim.  Close to 5,400 of these posts are full-time posts across various sectors including financial services, retail, med-tech, IT, while the remainder are construction jobs.

The four key sites prioritised for Limerick Twenty Thirty Strategic Development DAC are: the 112,000 sq ft Gardens International Office on Henry Street, the 550,000sq ft Opera Site  at Rutland Street, the Cleeves Riverside Campus on the banks of the River Shannon at Fernhill comprising 8 acres and 100,000 sq ft of existing space and the 340,000 sq ft Troy Studios Film Hub in Castletroy, where an €8m fit out is nearing completion ahead of the commencement of production
Launching the Limerick Twenty Thirty company, Minister of State for Tourism and Sport Patrick O’Donovan said: “The establishment of the Limerick Twenty Thirty company to create world-class commercial, retail, enterprise, and education facilities, as well as residential space, will take Limerick – a city already on the up – to new heights.  The fact that it is plan-led, as distinct from developer-led, will mean the city and county are planned strategically and that the infrastructure and investment is exactly what Limerick needs.

“We are hugely confident regarding delivery as recent years, in particular, have illustrated Limerick’s enormous potential.  Limerick City and County Council’s economic and spatial plan launched three years ago was high in aspiration but the follow-through has been emphatic, with 7,800 jobs created in the interim.  The Limerick Twenty Thirty Company is going to raise the bar again and help complete the transformation of Limerick into the top league of European cities for inward investment over the coming decades.”

“I am determined that this company will take up on the brilliant work and huge gains achieved and deliver the type of assets required to attract further transformational inward investment.  We are sending a message far and wide, and not least in the window of opportunity for FDI post-Brexit investment, that we are open for business and capable of competing with the best for it.”

Limerick City and County Council Chief Executive Conn Murray said, “With the establishment of Limerick Twenty Thirty, we now have a dedicated vehicle, with one of Ireland’s most respected business people at the wheel, to drive this city and county into a new and golden era.  We have created a really attractive investment ecosystem here that is already reaping massive dividends and with Limerick Twenty Thirty we will create state of the art commercial, enterprise, education, retail and residential space that will accelerate the already rapid pace of inward investment.

“Given the opportunity of the post-Brexit space, we will offer a world class, highly competitive English-speaking environment for global companies seeking European locations.”