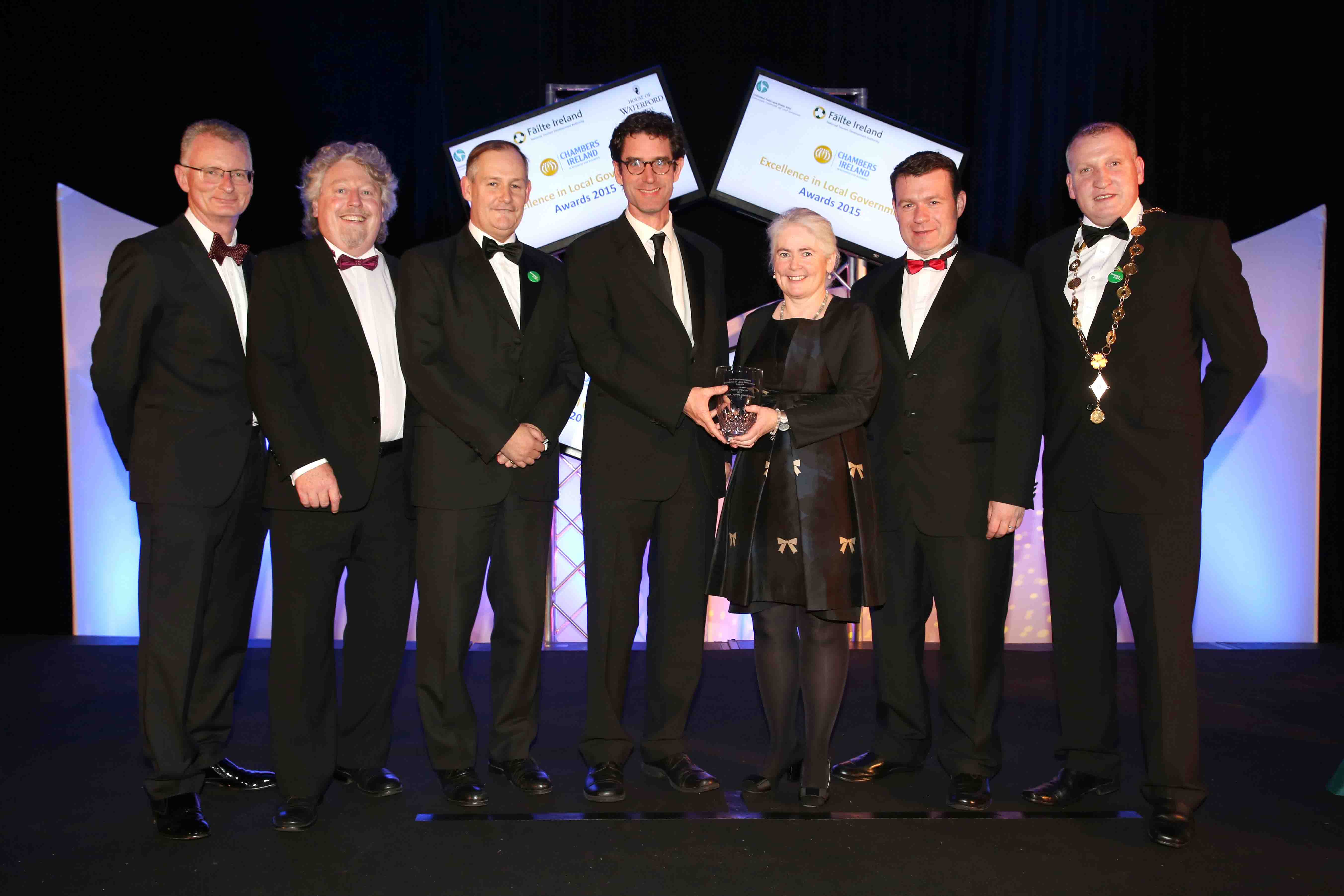 Limerick City and County Council’s support for the local arts and culture sector has been doubly recognised in recent days as Limerick undergoes a cultural revolution, with the success of A Giant’s Journey at the 2015 Chambers Ireland Excellence in Local Government Awards and Limerick’s inclusion on the shortlist of candidate cities to host the European Capital of Culture designation in 2020.

On Friday, the Limerick 2020 bid team made its official presentation to an international panel of adjudicators from European Capital of Culture and was later informed it had been shortlisted for consideration in the next stage of the process. The judging panel will again meet during mid-2016 to recommend which Irish city will be the European Capital of Culture 2020 alongside a city in Croatia.

Meanwhile, A Giant’s Journey – one of the centrepiece events of Limerick National City of Culture 2014 – was named overall winner of the ‘Festival of the Year’ award in the 2015 Chambers Ireland Excellence in Local Government scheme. Performed by the Royal de Luxe street theatre company and supported by hundreds of local volunteers, the event attracted more than 100,000 people on to the streets of the city over three days in September 2014.

A Giant’s Journey was one of five Council projects shortlisted for an award in the year’s competition, which acknowledges and encourages best practice and constructive initiatives by local authorities.

Cllr. Liam Galvin, Mayor of the City and County of Limerick congratulated Limerick City and County Council on its double success, adding that the Local Authority’s contribution to the promotion of arts and culture in Limerick “is reaping dividends for the local community and Limerick’s reputation.”

Mayor Galvin said Limerick is undergoing “a cultural revolution, which in years to come will be reflected upon as one of the landmark, transformative periods in its long and illustrious history.”

“Limerick today is a vibrant, melting pot of different cultures and traditions and this has complemented the city’s growing status as a modern, thriving community. The breadth and scale of cultural activity and the manner in which this activity has been supported and nurtured by the Council, has led to national and international acclaim which is a source of pride for everyone in Limerick,” said Mayor Galvin.

“The achievements of recent days are testament to the hard work and expertise of the staff of the Council as well as the huge amount of time, energy and resources being invested by the local community to promoting Limerick,” said Conn Murray, Chief Executive, Limerick City and County Council.

“I particularly want to congratulate the Limerick2020 team led by director Mike Fitzpatrick and Limerick Arts Officer Sheila Deegan who designed and presented the 80 page European Capital of Culture documentation for Friday’s meeting with adjudicators. The successful inclusion on the shortlist of candidate cities is a tribute to their hard work and to the work of so many others throughout Limerick in recent years to promote Limerick as a truly culturally rich city,” he added.

Paddy Dennehy and the Red Herring play Dolans on November 21