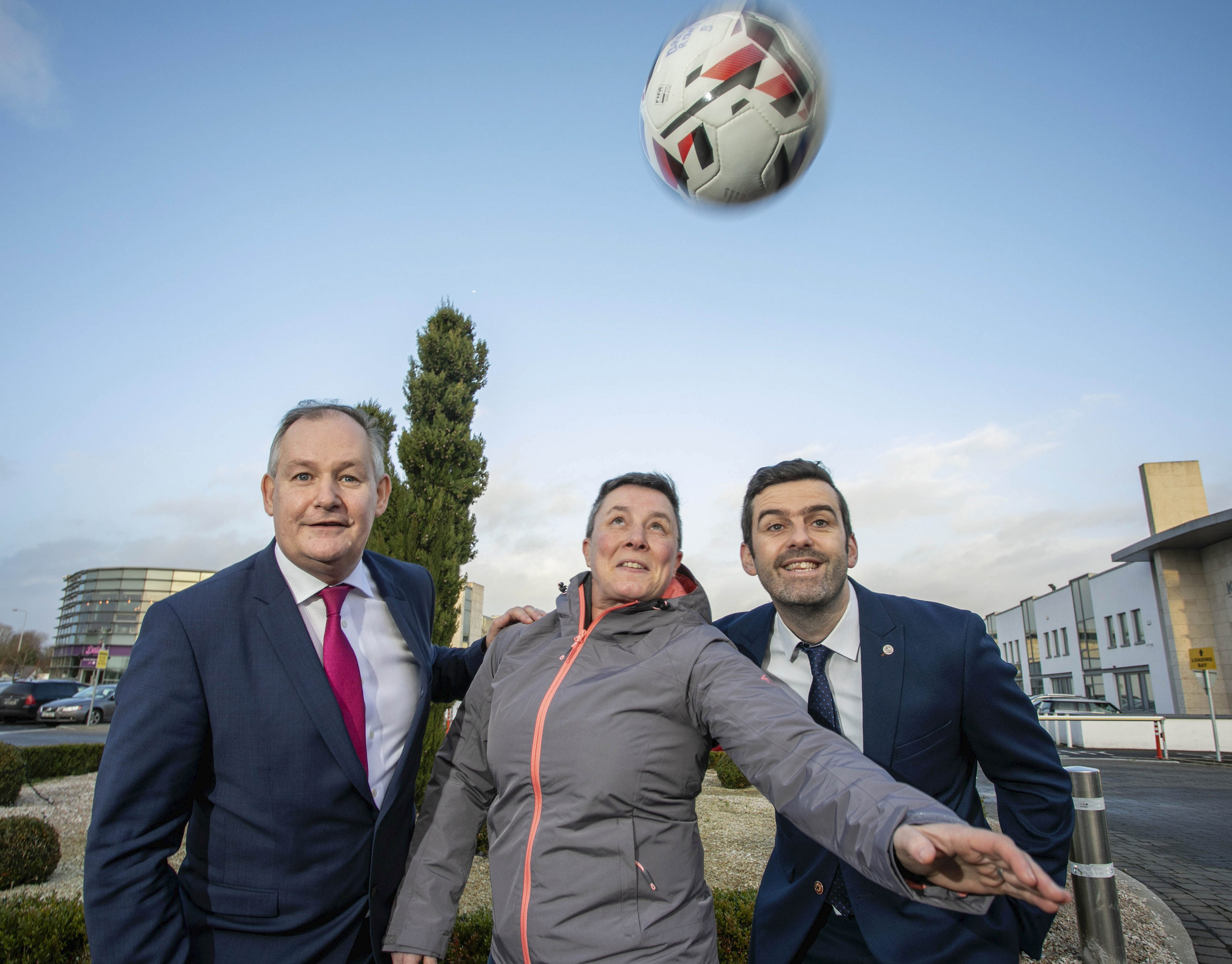 The newly formed Limerick United will concentrate on developing a best-in-class football nursery for the city and neighbouring counties.

League of Ireland football in Limerick is going to be given a ‘bottom-up’ reboot with the establishment of Limerick United, Interim Chairman of the newly formed club Conn Murray stated.

Launching Limerick United, which will be based at the Markets Field, Mr Murray said the club will begin with and concentrate exclusively on the development of a best-in-class football academy. It will, he said, become a nursery intent not just on maximising the footballing potential of its members but their personal development also.

He called for the support of the public and business community to join a journey that will be focussed on, in time, surpassing even the glory years of football in Limerick and the region.

The club, he said, will start out as a footballing academy with an initial concentration on putting successful structures in place there, but with an ambition and intention to re-enter senior League of Ireland football as early as next year. The first step on the journey will be the holding of trials for the underage League of Ireland teams (men and women) this week. Notification will be across newly established Limerick United social media accounts.

Murray said, “This is the beginning of a new era for football in Limerick.  We are going to focus on what every club or sporting organisation does when it hits a low and that is focus on our youth.  If you look at the top teams, clubs, counties or provinces in any sport, you will see pretty much everything point back to a moment in time where they put the focus on developing their young talent.”

“That’s what we are doing now with the establishment of Limerick United. We are going to develop one of the best young footballing academies in Ireland, we are going to nurture the talent there, make sure we do all we can so that every young man or woman who comes through our gates fulfils his or her sporting talent and, in doing so, their own personal development,” he added.

The recently retired CEO of Limerick City and County Council, who led the successful amalgamation of the city and county councils in 2014, said that Limerick is synonymous the world over with sport and, given its proud tradition in and love for football, “all that’s between now and football success is structures and a sustainable plan”.

“Limerick is, pound for pound, undeniably the sporting capital of Ireland.  Thomond Park has become a venue of global fame and we are now going to have an international rugby museum here. Limerick hurlers are still, many would say, the best team in Ireland and the Gaelic Grounds is among the country’s top five largest venues. We built the country’s first 50m pool here in Limerick, the UL sports arena is one of the country’s great centres of excellence. We have an outstanding record in boxing, including one of Ireland’s most recent world champions, Andy Lee. We have a rich tradition in rowing and other water sports, in basketball and so much more,” Murray said.

He concluded, “What I would ask now is everyone, the public and the business community, who has an interest in football, in the social development of our city, to join us on this journey.  Like so much of the positive transformation here over the past decade or so, we start with a plan, we will follow it carefully and we will succeed.  It’s the beginning of a new era and we are hugely excited about what’s ahead.”

Limerick brand unveil on January 30 to strengthen its competitive edge