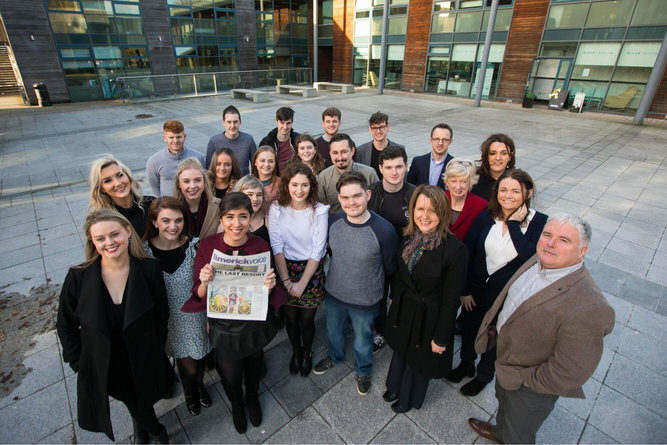 The story of a Limerick family who have gone to extraordinary lengths to ease the agony of terminal illness features in the tenth edition of Limerick Voice, published on December 7, 2017.

Other powerful stories about people overcoming enormous physical disabilities to achieve greatness on the sporting fields and in wider society are also recounted in the 40-page local newspaper, produced by masters and fourth year undergraduate journalism students at the University of Limerick.

The paper will be distributed across Limerick city and county with this weekend’s edition of the Limerick Leader newspaper.

Prevalent social issues including the ongoing homeless crisis and the number of Limerick families who will spend Christmas in emergency accommodation or family hubs are highlighted along with an exclusive Limerick Voice survey on the Eighth Amendment, which reveals how over 60% of respondents are in favour of changing the constitutional ban on abortion.

Limerick Voice also celebrates the power of community spirit with four pages dedicated to stories about people and projects in Limerick’s regeneration areas. 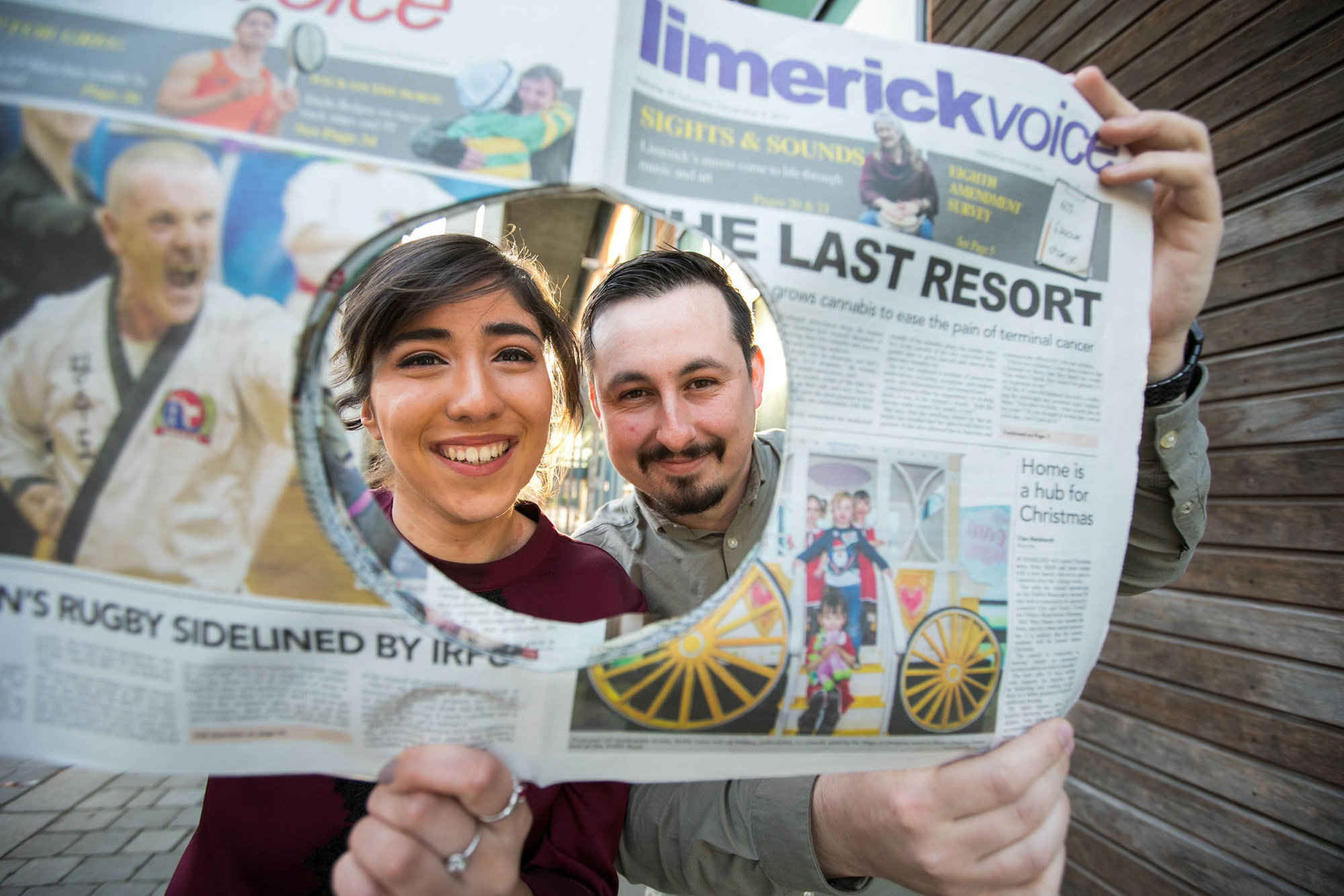 According to UL President Des Fitzgerald the Limerick Voice project is an example of how journalism education at UL is committed to preparing students for the world of work.

“Problem based or experiential learning is a key component of many of the programmes of study at UL and Limerick Voice is an excellent example of how well this concept works and how professional our students can be. All of the students who worked on this project now have very real experience of the skills that are required to take a newspaper from concept to print.”

Speaking at the launch of Limerick Voice 2017, UL Head of Journalism Mary Dundon said that the production of this newspaper on a multi-media platform provided the students with excellent hands-on experience that will be vital to them when they enter the very competitive jobs market next year.

“The editors of local and national media have told us that they need graduates with good analytical skills who can write across a range of multi-media platforms – we are producing those graduates at UL.”

“Limerick Voice allows students the opportunity to demonstrate skills of analytical thinking, verification, leadership, teamwork and accountability. Now more than ever, it is imperative that the core skills that underpin best journalistic practice are not undermined. This project gives students the chance to experience what it means to be a professional journalist and empowers them to make editorial judgements with guidance from faculty here at the journalism department in UL.”

Limerick Voice editor Marisa Kennedy said she was proud to oversee the tenth edition of the newspaper and thanked the Limerick Leader newspaper for their continued support of this project ensuring Limerick Voice stories can reach a wider audience.

For more stories on the University of Limerick click here