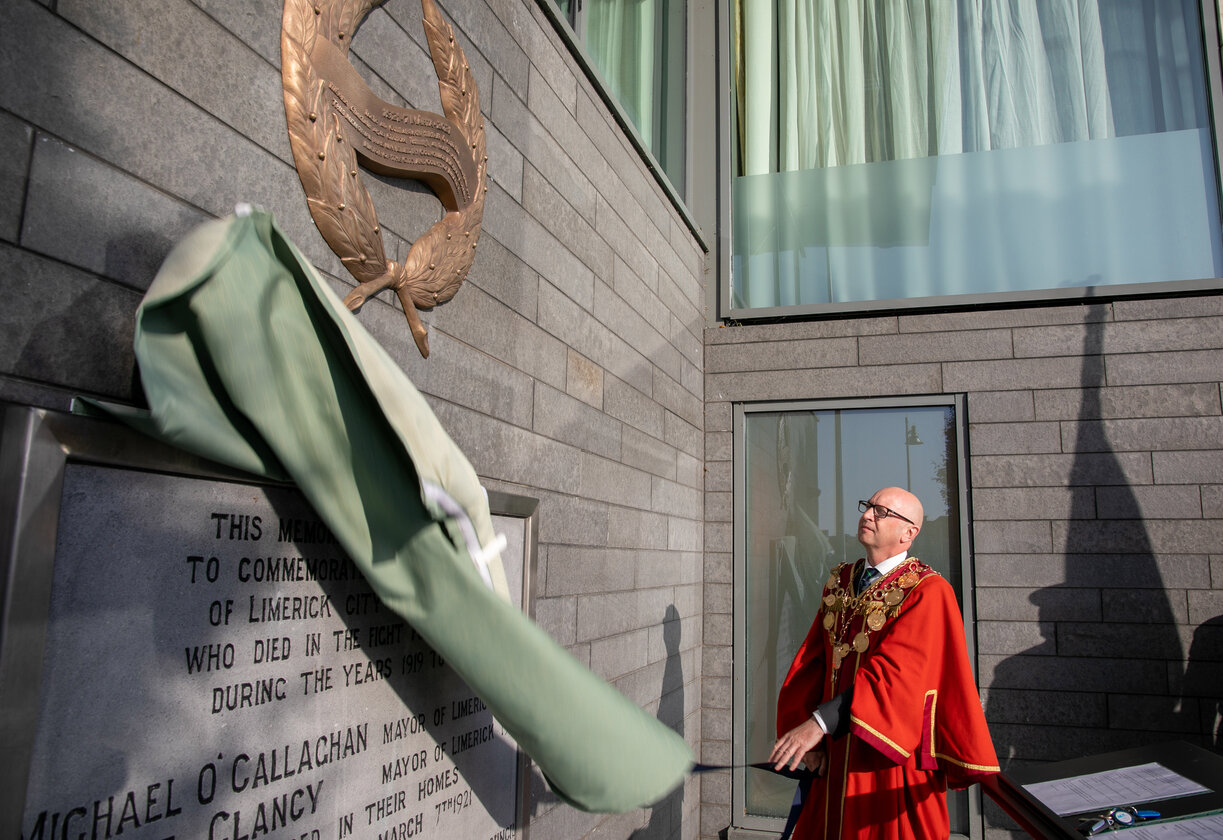 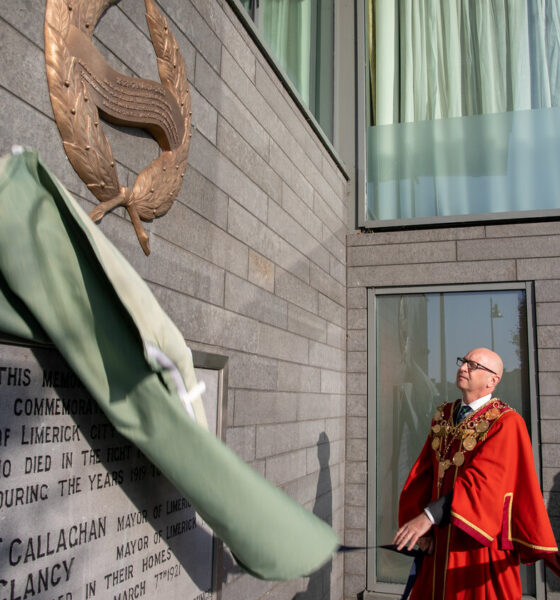 The Mayor of the City and County of Limerick has unveiled a wreath commemorating the murders of two of his predecessors.

Mayor Michael Collins led the ceremony which was held in accordance with strict Covid health guidelines at the War of Independence memorial at the corner of Ennis Road and O’Callaghan Strand.

This addition to the memorial which was initially erected in 2007 commemorates four men who died in the fight for freedom in Limerick that year. 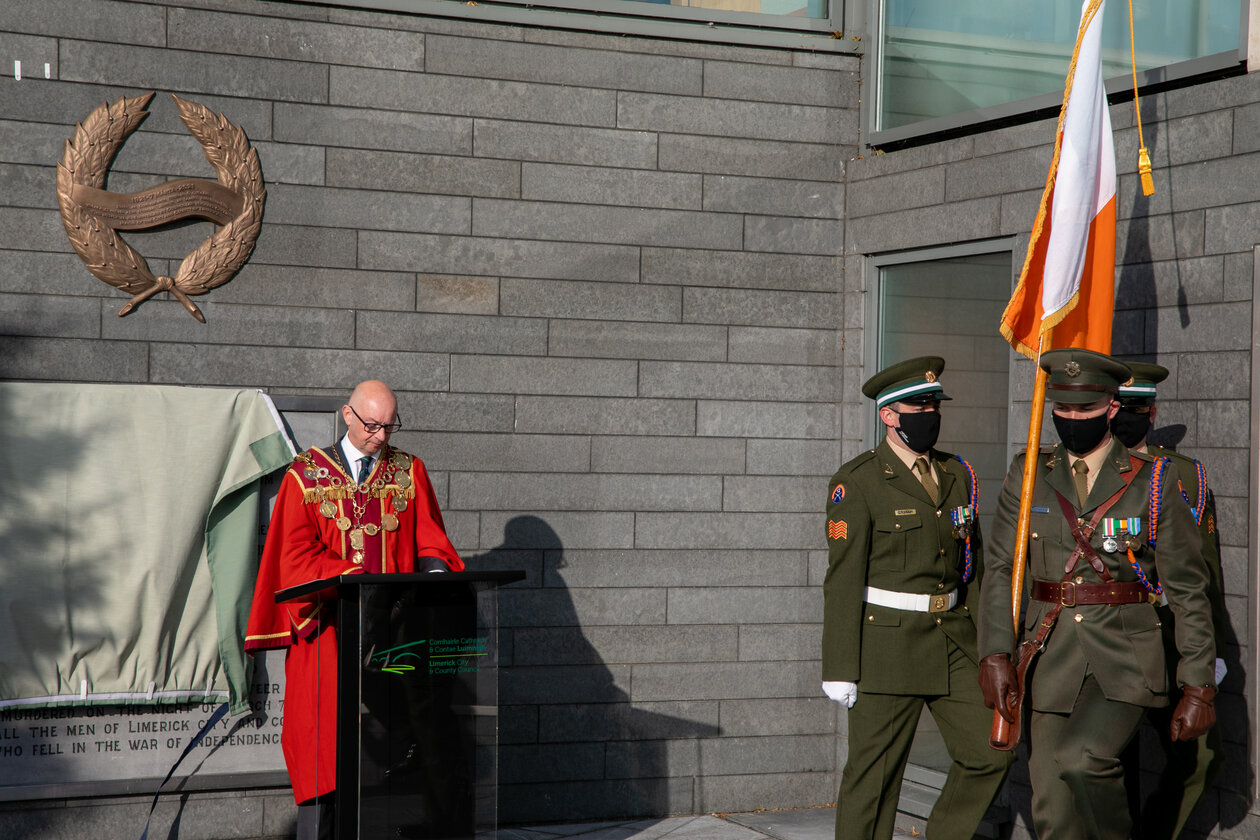 This addition to the memorial which was initially erected in 2007 commemorates four men who died in the fight for freedom. Picture: Arthur Ellis

In addition to the two mayors, Cathaoirleach of Limerick County Council Sean Wall and volunteer Joseph O’Donoghue are being remembered.

On 7 March 1921, Limerick took centre stage in the War of Independence. On that fateful night, the Curfew Murders saw the largest attack on the local government system of the entire war.

The sitting Mayor of Limerick George Clancy and his immediate predecessor Michael O’Callaghan were murdered by Crown forces within minutes of each other.

Earlier the same night, Volunteer Joseph O’Donoghue, a native of Ballinacargy, County Westmeath, who had been in Limerick about 18 months, was also killed by the same men.

Two months later, on 6 May 1921, Councillor Sean Wall, Cathaoirleach of Limerick County Council was killed in battle by Black and Tans at Newtown, Annacarty, Co. Tipperary.

The Curfew Murders shocked public opinion at home and abroad and played a major role in undermining British rule in Ireland.

A bronze wreath was commissioned and designed by artists Jim Lavery and Eithne Ring and has now been officially unveiled by Mayor of the City and County of Limerick Cllr Michael Collins.

Mayor Michael Collins said: “These events serve to demonstrate the central role that Limerick played in the War of Independence, suffering 130 fatalities, the fifth-highest death toll of any Irish county, after Cork, Dublin, Tipperary and Kerry.”

“This unveiling of the new bronze wreath offers an opportunity for reflection and remembrance of all of those who lost their lives in the struggle. This period of our history, 100 years ago and more, has framed our lives since then and it is important that people understand and reflect on what happened.”

For other stories on Theatre go HERE

Related Topics:Limerick City and County CouncilLimerick War of Independence
Up Next