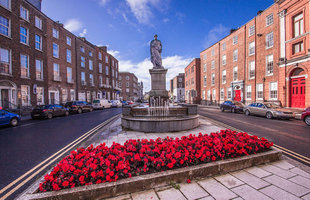 Limerick WiFi is a new pilot initiative that is currently being undertaken by the Limerick City and County Council.

Limerick City and County Council has rolled out free high-speed Wi-Fi across its own infrastructure in Limerick city centre in the first initiative of its kind in the country.

Limerick City and County Council has rolled out free high-speed wifi across its own infrastructure in Limerick city centre in the first initiative of its kind in the country. The pilot Limerick.ie FREE WIFI initiative undertaken over the past few months covers the city centre area along both sides of the River Shannon from Shannon Bridge to Sarsfield Bridge, and surrounding streets, Arthurs Quay, Cruises Street, sections of O’Connell Street, the People’s Park and Colbert Station Plaza.

The local authority will now be investigating the rollout of the initiative elsewhere in the city and in county towns during 2018.

The project is the first of its kind in Ireland as Limerick City and County Council becomes the only local authority to use its own fibre network for the free Wi-Fi access and has located the access points on publicly owned infrastructure across the city centre.

The free public Limerick Wi-Fi adds further momentum to Limerick’s ‘Smart City’ programme, which is seeing the implementation of a range of digital technologies with a view to improving quality of life, empowering communities and enabling economic growth.

This latest initiative will have a range of benefits, including redirecting users to Limerick.ie or specific topical WEB Pages, helping tourists to avoid data roaming charges and navigate around the city and support retailers in growing awareness of their businesses in the city centre areas.

The use of local authority-owned infrastructure has decreased the amount of disruption to businesses and to members of the public as the Limerick WiFi infrastructure was being installed. 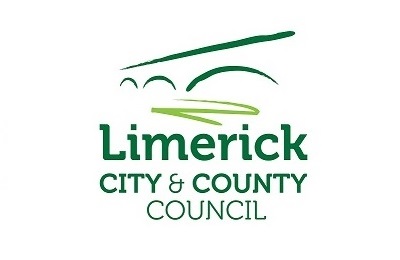 When users sign up to Limerick WiFi, they will be automatically redirected to Limerick.ie which will help enable their learning of what Limerick has to offer.

Jim Dore, Head of ICT with Limerick City and County Council said, “Whereas projects in other cities and towns across Ireland have installed access points in business premises, we have utilised public lighting poles and council-owned infrastructure and buildings to locate the access points for the high-speed Wi-Fi. This process also means that the area covered by the Limerick.ie FREE WIFI can quickly be expanded as it will eliminate the need to negotiate with business owners to use their premises as access points.”

The roll-out of the high-speed Limerick.ie FREE WIFI across Limerick city centre comes just weeks ahead of Riverfest 2018 on the May Bank Holiday weekend when tens of thousands of people will be in visit the city to enjoy the festivities.

When users sign up to Limerick.ie FREE WIFI, they will be redirected to the Limerick.ie website, which will allow them to learn about what Limerick has to offer to business, the best places to shop, stay, things to do and places to eat.

Mayor of the City and County of Limerick Cllr Stephen Keary said, “The provision of the free Wi-Fi further underpins Limerick’s credentials as a visitor, customer and business-friendly city. Every initiative that assists our customers, clients and visitors are to be welcomed.  The Wi-Fi will also mean there is internet access for those who otherwise may not be able to afford it.  The new service will also boost Limerick’s position as a smart city.”

As Limerick.ie FREE WIFI operates over Limerick City and County Council’s own fibre network, there is no Internet Service Provider (ISP) costs and connections are routed through the council’s data center in Dooradoyle.

Users of the Limerick WiFi can be confident of their security as all traffic is routed through Limerick City and County Council’s own firewall.