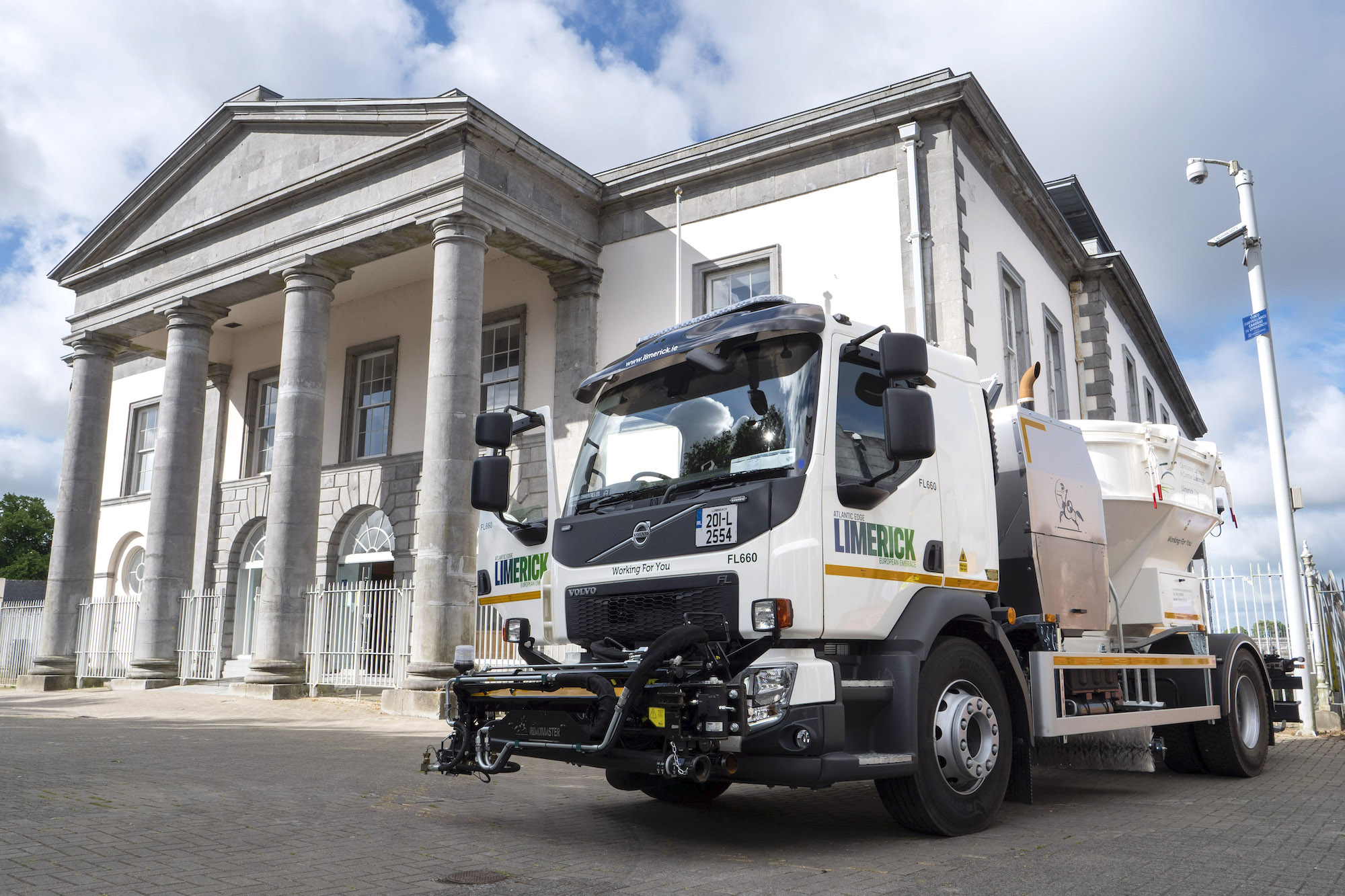 Limerick winter maintenance vehicles – Limerick City and County Council is inviting entries in a competition to name its new vehicles.

Limerick City closed the lines for the competition deciding on names for their winter maintenance vehicles. The votes were counted and verified and the names of the new road gritters and velocity patchers were revealed. The two gritters have been called ‘Aboy Da Skid’ and ‘Treaty Gritty’. The patchers have been named ‘Tarry Wagon’, in reference to the iconic presenter from the Treaty City, ‘Angela’s Patchers’, in tribute to the best-selling book ‘Angela’s Ashes’ by Frank McCourt, and ‘Patch-erine Zeta Jones’.

The names were chosen and voted on by the public and the winners have been awarded restaurant vouchers for these brilliant names.

The lines are closed, the votes have been counted and verified, and we can now reveal that the names of our new road gritters and velocity patchers are ???

Ahead of snow forecast for this week, the local authority is launching a public competition to name its five specialised vehicles critical to keeping our roads slip and pothole-free, with winners set to claim a nice COVID reward for their efforts. The vehicles include three ‘velocity patchers’ used to repair potholes and two dedicated road gritters used to spread grit (rock salt), onto Limerick’s roads.

Day and night throughout the year, but particularly in the winter months, these vehicles and council workers ensure that the roads across Limerick are kept safe and open for traffic. And the local authority is now keen to send their drivers to work in vehicles with names that put a smile on their faces.

A shortlist of names will then be shared on Limerick City and County Council’s Twitter account @LimerickCouncil where the public will cast its vote to choose the names for each of the Limerick winter maintenance vehicles.

Weird, wacky and wonderful names wanted for @LimerickCouncil's competition to name their 5 new winter maintenance vehicles! Winners will each receive a €100 voucher for the Limerick restaurant of their choice #ReadySpreadyGo!

Mayor of the City and County of Limerick Cllr Michael Collins said: “This competition will be a great bit of fun and God knows we could do with it now. We’re expecting the weird, wacky, and wonderful by way of entries. The idea of one of our employees driving ‘Gritney Spears’ or ‘Brad Gritt’ to work does put a smile on the face, so we are looking for the public to let the creative juices flow on this.”

“We have over 4,000 km of roads in Limerick that are maintained by the council. I think we are particularly cognizant of the work they do at this time of year as we see those amber lights flashing as they grit roads during sub-zero temperatures, often right into the small hours. So, we must maintain and update our fleet, and this investment by Limerick City and County Council is in keeping with that. And it’s also important if we can put a smile on their faces as they get behind the wheel daily.”

Laura Ryan, Head of Marketing and Communications at Limerick City and County Council added: “Limerick is known for its creativity, its grit – excuse the pun – and we are testing that with this fun competition! We’ve seen internationally what such naming competitions throw up names from Usain Salt to Spready Mercury, but we’re just going to embrace it and let it run. With many children remote learning now and snow forecast for the week, they may be particularly interested in getting creative to enter this competition and winning a great prize!”

“The five winners will each win a €100 Limerick restaurant voucher of their choice to support the hospitality industry when it opens back up. We’re looking forward to getting a shortlist together that the public can vote on and most importantly, let people have a bit of craic during the lockdown.”

Limerick City and County Council’s Winter Maintenance plan allows the safe movement of vehicular traffic on the critical defined routes of the road network. The project aims to minimise delays and accidents directly attributed to adverse weather conditions. The plan focuses on the National Route system, which carries the most intensive volumes of commuter traffic. Every effort is made to ensure that this network is always maintained open for traffic.

Link to the entry page HERE

Related Topics:Limerick Council
Up Next