By Richard Lynch on January 3, 2019@richanthon 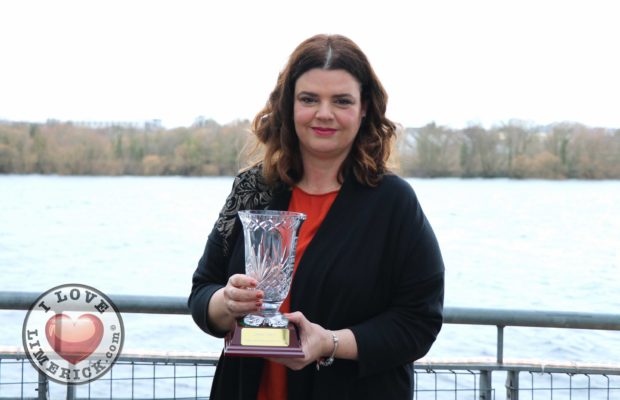 Limerick woman Jayne Foley, founder of Fresh Film Festival has been nominated for Limerick Person of the Year 2018. Now in its 23rd year, Fresh Film Festival provides an opportunity for young filmmakers to create work and to screen work that otherwise may not be possible. Jayne pictured here with her Limerick Person of the Month award for December at the Clayton Hotel Limerick. Picture: Simran Kapur/ilovelimerick.

Twenty years ago, through her love and passion for quality films made by young people, Athlacca native Jayne realised the need for a platform to recognise the potential of young filmmakers.

Fresh out of Limerick School of Art and Design, Jayne decided to follow her instincts and make a significant change in the Irish film community.

Wanting to give young people a platform to express themselves and share their films with their peers, Jayne founded the Fresh Film Festival. 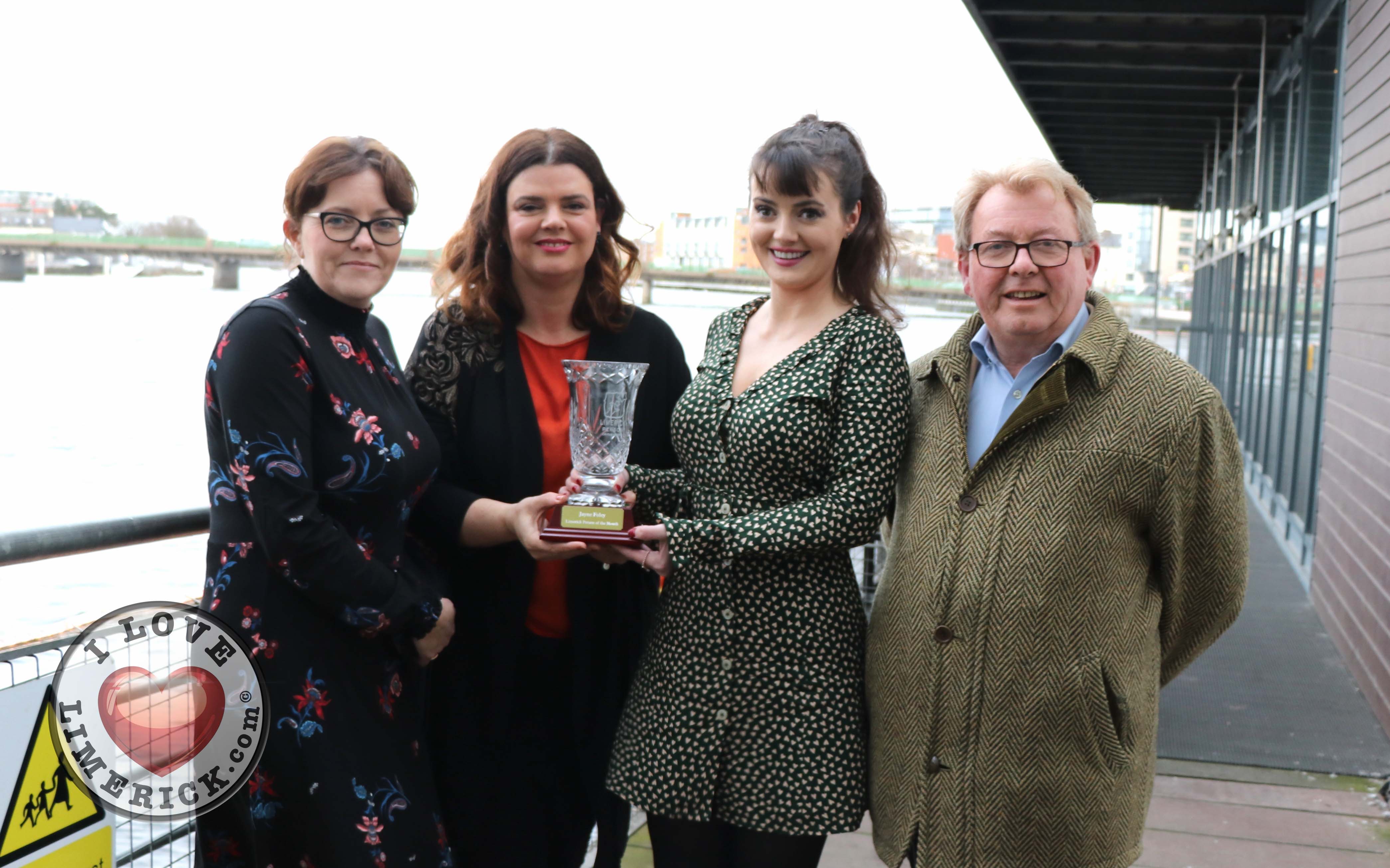 Speaking about her win Jayne said, “I am delighted for being awarded Limerick person of the Month, it is a real honour. I started Fresh Film Festival, way back in the 1990s, a time when I suppose film and video for young people wasn’t as it is now, but I am so proud we stayed with it.”

The Limerick-based Festival, now in its 23rd year, only accepts entrants under the age of 18. Fresh Film Festival accepts short films on any topic, style or genre. The Festival’s pride is its Ireland’s Young Filmmaker of the Year awards, which include Junior, Senior, and International awards. Other awards include the Radharc Trust Award for the best documentary film, the Boulder Media Animation Award for the best-animated film, The RTÉ 60 Second Short Film Award for best 1-minute film, the RTÉ Factual Award for the best factual film and the TG4 Film in the Irish Language. Fresh Film Festival is determined to give every child a chance to become one of Ireland’s Young Filmmakers of the Year. The festival has been a springboard to countless rewarding careers.

Limerick’s Fresh Film Festival has assisted thousands of young people to express their creative talents and has also aided them in their personal development and nurtured lifelong careers.

Talking about her plans for 2019 Jayne said: “All these years later we are here, helping young people and encouraging them. My plan for 2019 is to really row behind the festival, to really establish it on an even larger scale, on a national and international level. It will always be based in Limerick, as Limerick is so important to me personally. It is a national event that takes place in the heart of Limerick.”

Congratulations Jayne, all of us at ilovelimerick wish you the best!!

For more information on the Fresh Film Festival go here