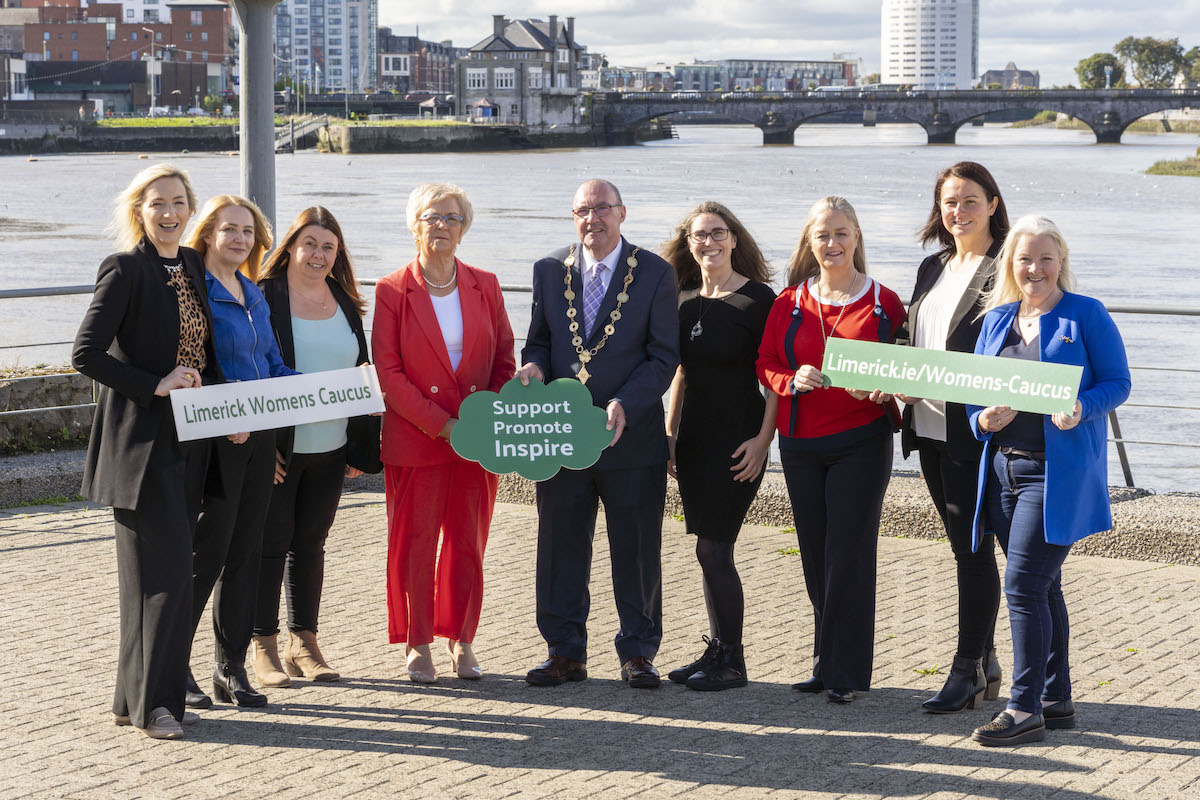 Cross party group to support and promote women in politics

A new group has been launched in Limerick, which aims to increase the numbers of women who participate in politics.

The Limerick Womens Caucus comprises the nine women councillors in Limerick City and County Council coming together in a non-partisan way to address the issues encountered by women in the sector and to help support others who might like to enter into political life.

It is a cross-party forum for Limerick’s women elected representatives to discuss and campaign on issues predominantly affecting women.

The overarching objective of the Limerick Women’s Caucus is to attain equal representation of women and men on Limerick City and County Council, to show democracy in action.

Population Statistics from Census 2022 reported that there are more women than men living in Limerick, 50.24 per cent women compared to 49.76 per cent men.

Speaking at the launch Mayor of the City and County of Limerick, Cllr Francis Foley said: “We need greater representation from women on Limerick City and County Council. Census 2022 found that there are slightly more women than men living in Limerick, yet only nine of our 39 councillors are women. For society to develop and prosper in a much more equitable and representative fashion, we need to have more women represented.”

Chair of the Limerick Women’s Caucus Cllr Sarah Kiely said: “We need balance. Nine women out of 39 councillors needs to be improved. Councillors are very close to the electorate, we are your voice. We are the closest to democracy; we are the closest to the citizens of Limerick. Therefore, I would encourage any woman who is involved in community groups, and other organisations to take that step. We are the leaders within our communities and this should be reflected on our Council.”

The Limerick Women’s Caucus was one of the first such groupings to be established by a local authority in Ireland and since the announcement, the government has allocated €62,000 to 16 organisations, including Limerick City and County Council, to develop similar groups in their areas.

The Limerick Women’s Caucus will be working together to address many issues and impediments for women entering politics.

It is inviting women to get in contact with them to discuss the issues preventing women from entering politics.

The Limerick Women’s Caucus will be looking at different events in the coming weeks and months ahead to promote women getting into politics. It will be an advocate for the promotion of politics as a good career option and will be looking at speaking to as many women and women’s groups as possible.

Related Topics:Limerick Womens Caucus
Up Next