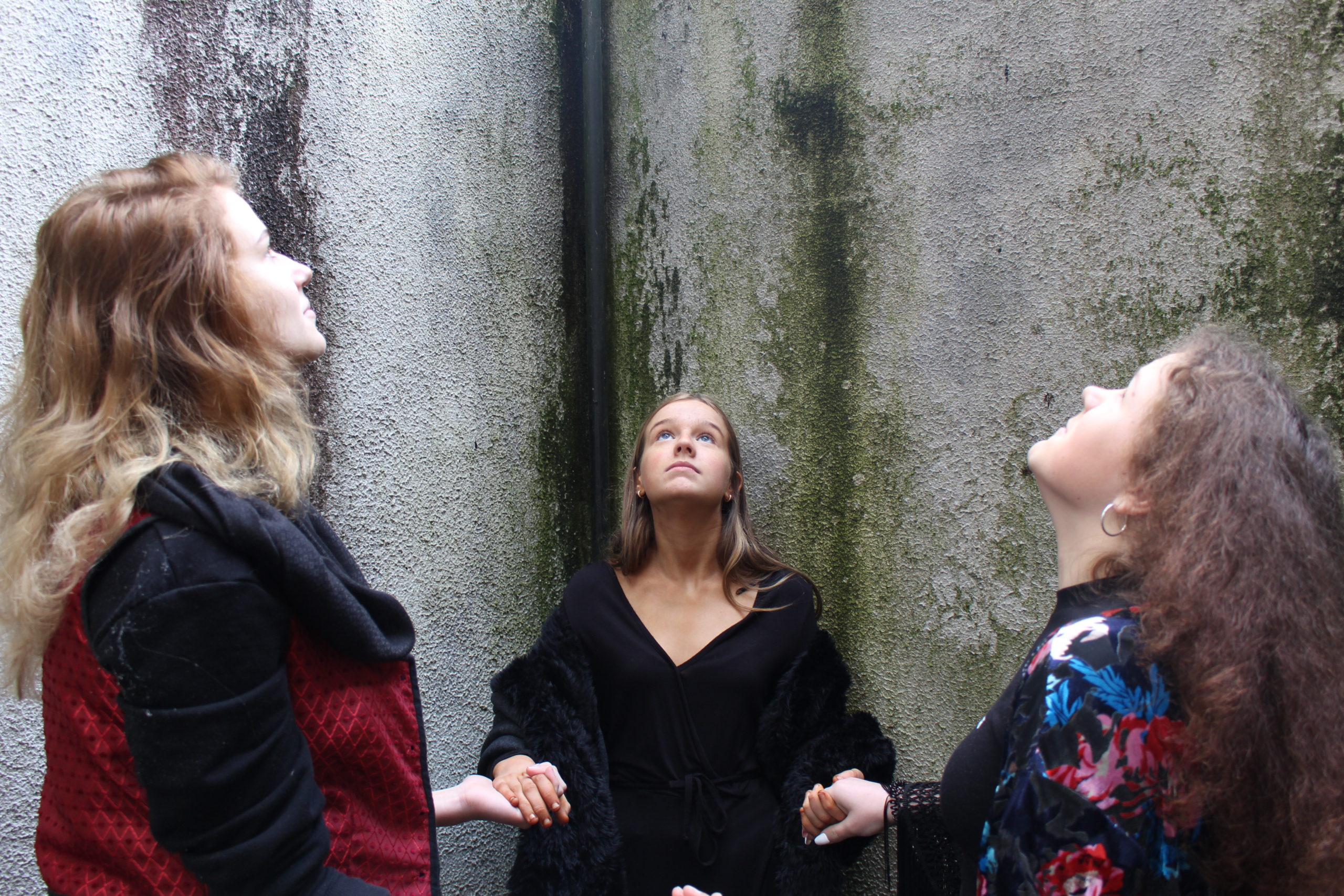 Limerick Youth Theatre Transition Year Theatre Company presents ‘What Just Happened’ where movement and song are also interwoven into the play to give the ensemble of 30 actors the chance to perform together on stage.

Limerick Youth Theatre Transition Year Theatre Company proudly presents What Just Happened directed and adapted for the stage by John Hogan. Set in a classroom in Limerick 2020, two students moan about the pointlessness of studying Shakespeare when out of the blue Shakespeare appears in the same room as them and joins the conversation.

Set in a classroom in Limerick 2020, two students moan about the pointlessness of studying Shakespeare when out of the blue Shakespeare appears in the same room as them and joins the conversation.

What follows is a journey through some of the most famous scenes from his work including Romeo & Juliet, The Merchant of Venice (renamed The Merchant of Ennis), Macbeth, The Tempest and Hamlet.  With a modern twist, including song and dance, Shakespeare guides them through scene by scene leaving the Limerick Youth Theatre Transition year students astounded and asking themselves ‘What Just Happened?’. Working with 30 transition year students from schools in Limerick city and county, the play will be staged by the Transition Year Theatre (TYT) Company at the Belltable.

As the director says; ‘…the play focuses on students’ attitude to Shakespeare, especially within a school setting. Most young people who study or see a Shakespearean play will, at one point or another, struggle with the language. This play attempts to remove some of the barriers secondary school students face by making his works more accessible and understandable. We will explore Shakespeare’s most famous works, the thoughts and feelings of characters such as Shylock, Romeo and Juliet, Macbeth and Hamlet and hopefully by the end of TYT they will become more than just words on a page.’

The structure of the play allows the director to be experimental by interspersing short scenes with modern dialogue. Movement and song are also interwoven into the play to give the ensemble of 30 actors the chance to perform together on stage. John Hogan said; ‘it was really important for me to able to cast everyone and to give them all an equal chance to act. By choosing some of Shakespeare’s most famous scenes meant I had enough parts to cast 30 TYs – which is always a challenge for any director – but also giving them something familiar was important too, most of the scenes are current favourites on the junior and leaving cert cycle.’

Pictured: The character of Hamlet

Limerick Youth Theatre is delighted to be able to run its Transition Year Theatre Company for the tenth year thanks to the generous support from Limerick City and County Council through its Social Intervention Fund. 30 transition year students from 8 schools from the city and county can participate in this 30-day programme free of charge, giving some students access to the arts which would not have been possible. TYT is designed to introduce young people from all backgrounds to every aspect of theatre, from stage management, design to performance. They aim to instil our company members with confidence, to fuel their imaginations and to nurture empathy. By the end of the process, 30 students learn how to make theatre, but essentially they learn how to work together.