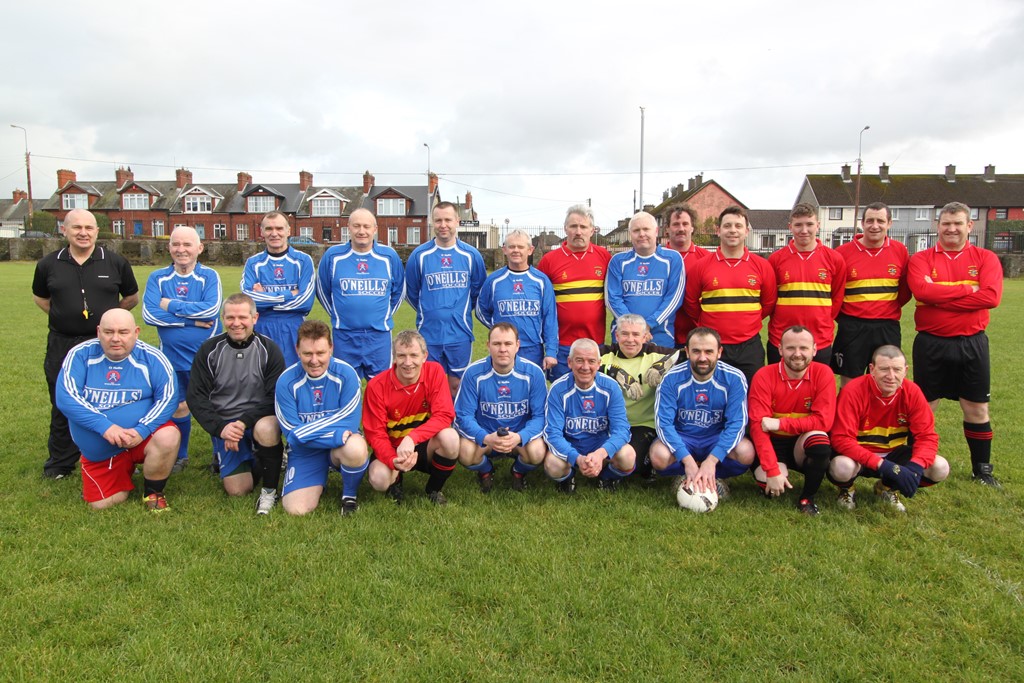 There was a very successful remembrance day for the fallen soldiers at the barrack field & the Men’s Mess on February 21. 12th Infantry Battalion took on Cal’s AFC in an exciting soccer match, and Cal’s AFC won on a penalty shoot-out. A large crowd turned up in support of this special day. Refreshments were served afterwards in the Taj Mahal.

In Limerick City, February is a month we remember. Last year there was the flooding of water in the Island Field. In 2013 there was also a flooding, except this was not the weather but tears. 12th Infantry Battalion in Sarsfield Barracks lost three of their comrades in this month. There is a total of nearly 100 years of military service between Cpl Christy Enright and Privates Tommy Carroll and Noel Meade. As their second anniversary approaches we would like to remember them at this time.

Christy Enright who hailed from Clare, was a dedicated family man. Having served as a Clerk in Sarsfield Barracks and later with the Reserve Defence Forces (RDF) in Ennis, he was a very kind and compassionate man. He served four times with the United Nations in the Service of Peace. He is remembered for giving a lot of help to young soldiers in the barracks and later with the young RDF recruits, he trained and minded them like they were family. He was pleasant and very considerate to his superiors  and subordinates alike. An avid GAA man, he was elated when Clare won the All Ireland Hurling Champions in 1995 and 1997. He is remembered with affection at this time. To his wife Bridget and family, we would like to extend our sympathy and thoughts on his 2nd anniversary.

Tommy Carroll is from Limerick City. He was a very accomplished soccer player that won honours playing with 12th Infantry Battalion and various local junior teams. He was passionate about GAA, Munster Rugby and Young Munster Rugby team. Tommy was a dedicated family man, and it was a joy to be in his company at any time. He served four times with the United Nations in the Service of Peace. He was very fond of Noel Meade, who he grew up with. Tommy, from a traditional military background, worked as a barman in the NCOs Mess in the Barracks. A known prankster and ball hopper, he is fondly remembered for his kindness and good humour to others. When stories are told, Tommy’s name will always be mentioned for his comical antics and funny jokes. He is remembered with affection at this time. To his wife Mary and family, we would like to extend our sympathy and thoughts on his 2nd anniversary.

Noel Meade is also from Limerick City. An avid sports fan, his passion was Munster and Young Munster Rugby Teams, but his real passion was Limerick hurling and football. You would see Noel on his bike in all types of weather going to watch training sessions and matches, whether it was soccer, rugby or GAA. He would watch all grades – schoolboy or senior games. He was very knowledgeable about Limerick hurling which was his first love. A very quiet man with a heart of gold, he is remembered for his good humour and kindness to others. He is deeply missed by his friends and comrades with affection. To his father Pascal and family, we would like to extend our sympathy and thoughts on his 2nd anniversary.

To the Officers and NCOs (Non-Commissioned Officers) and Privates of 12 Infantry Battalion who showed Esprit de Corps at the Military Funerals for the fallen comrades, it is acknowledged by the families and all in attendance of your professionalism at that sad time. They are now gone, but not forgotten. Rest in Peace.

The 12th Infantry Battalion also wish to acknowledge their gratitude and appreciation to the Clarion Hotel for their kind sponsorship of the medals for the soccer competition.

You can check out the 12th Infantry Battalion on their Facebook page here.