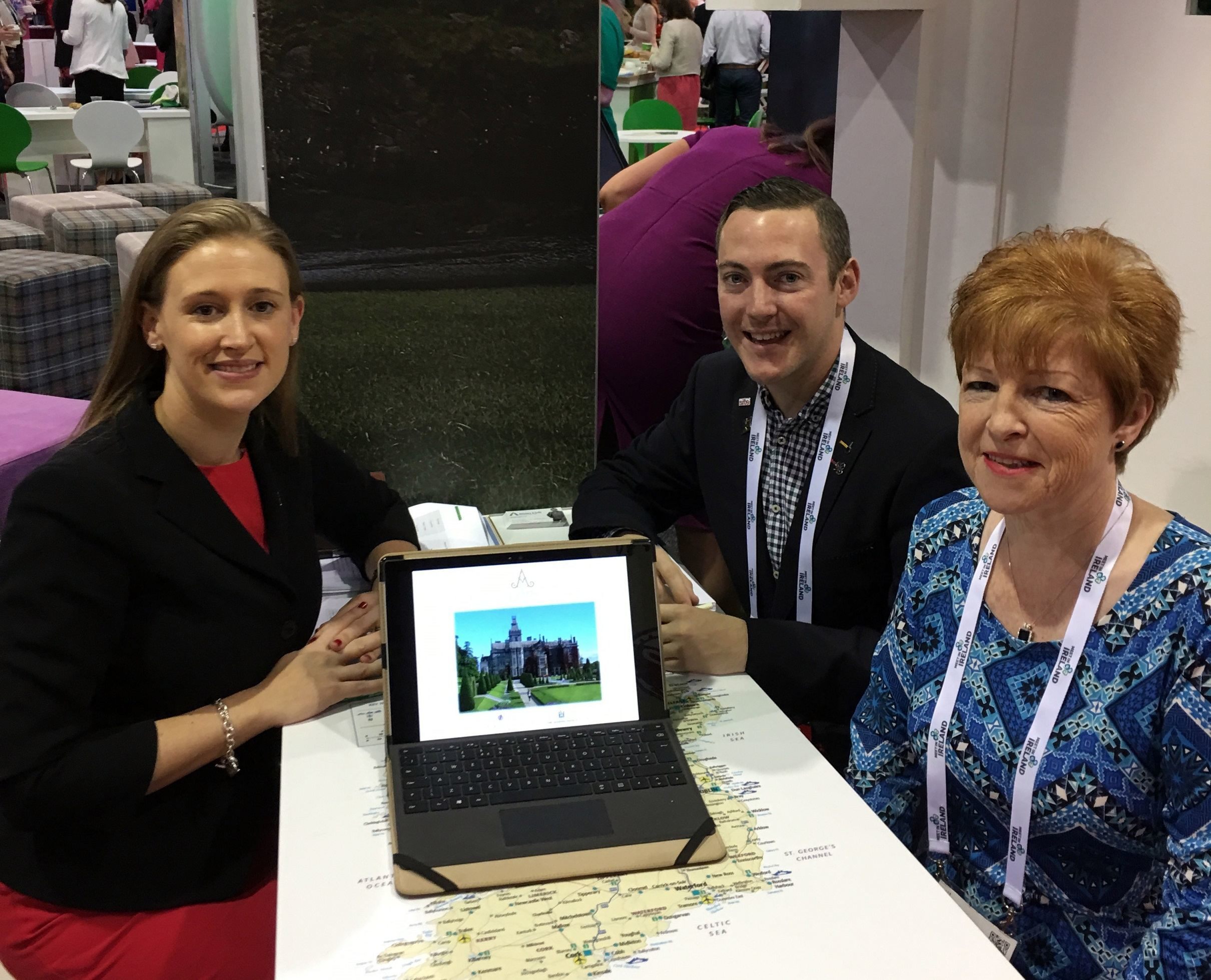 Limericks Adare Manor ready to do business in Las Vegas

Thirty-five tourism enterprises from Ireland, including Limericks Adare Manor, have been attending IMEX America in Las Vegas this week.

Now in its sixth year, IMEX (International Meetings and Events Exhibition) America is an important event targeting decision-makers in the lucrative MICE (meetings, incentive, conferences and events) sector. More than 3,000 buyers from North America, and elsewhere around the world, have been attending the three-day show – which provided valuable business and networking opportunities for the participating tourism operators from Ireland.

Alison Metcalfe, Tourism Ireland’s Head of North America, said, “IMEX America is an important platform for Tourism Ireland and our partners to showcase the world-class conference, meetings and incentive facilities on offer right around the island of Ireland. Overall, business sentiment at the show has been really positive, with interest in Ireland for conferences and incentive travel remaining high and advance business for 2017 looking good.”

Business tourism is the most lucrative form of tourism, with visitors travelling here for business purposes spending about 2.5 times more than the average visitor. Tourism Ireland in North America has been undertaking a busy programme of promotions throughout 2016, to continue to build awareness of the island of Ireland as a world-class destination for association conferences and incentive travel.

Adare Manor is a manor house located on the banks of the River Maigue in the village of Adare, County Limerick, Ireland, the former seat of the Earl of Dunraven and Mount-Earl. The present house was built in the early 19th-century, though retaining some of the walls of the 17th-century structure. It is now the Adare Manor Hotel & Golf Resort, a luxury resort hotel.

Find out more about Limericks Adare manor here.
Here you can read more stories about business.