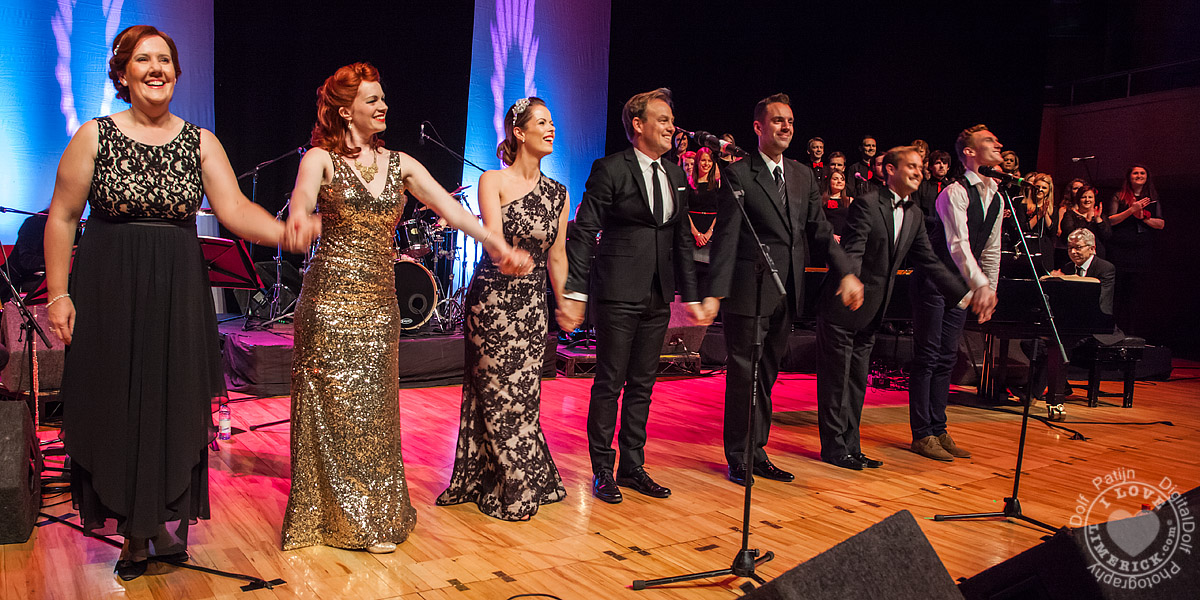 Limerick’s University Concert Hall were proud to be present ‘Limericks Dream Will Do’ welcoming international musical theatre and pop star, Jason Donovan along with special guests to the stage for one night only. This impressive show took place on Friday, October 10, 2014.

‘Limerick’s Dream Will Do’ supported by Limerick City of Culture celebrates the city’s strong involvement, support and tradition of musical theatre. Former Neighbours soap actor and record breaking singer, Jason Donovan was joined on stage by a number of international as well as local talented performers to showcase a number of roof-raising songs from “The Shows”.

From Australian soap opera Neighbours, a record breaking pop career in the 1980’s & 90’s four UK No. 1 singles and a stint on Dancing on Ice, to the lead (and another UK No, 1!) in Joseph and the Amazing Technicolor Dreamcoat, Priscilla, Queen of the Desert, The Sound of Music, a UK tour of The War of the Worlds and, most recently, a revival of Irving Berlin’s Annie Get Your Gun, Jason Donovan has remained an iconic entertainer across 3 decades!

Well known Limerick performers – John Brannoch, Shonagh Daly, Nigel Dugdale, Jean McGlynn, Amanda Minihan & Liam O’Brien – have brought their considerable talent from their hometown right into the heart of London’s West End. Between them they have starred in shows including the now legendary 25th Anniversary of Les Misérables, Chicago, The Rat Pack, Sister Act, The Beautiful Game and Dirty Dancing to name but a few. For a relatively small city, with these performers, Limerick has brought more than its fair share of musical theatre talent to the main stage!

Complete with choir and live band, this celebratory, this fun night featured the cream of musical theatre songs together with the very best Jason Donovan hits.

These local stars, including the Limerick Musical Society choir and Front Line Stage School amazed and entertained all who attended the performance like they have done so many times in the past.

‘Limerick’s Dream Will Do’ is a Made in Limerick project supported by Limerick City of Culture.