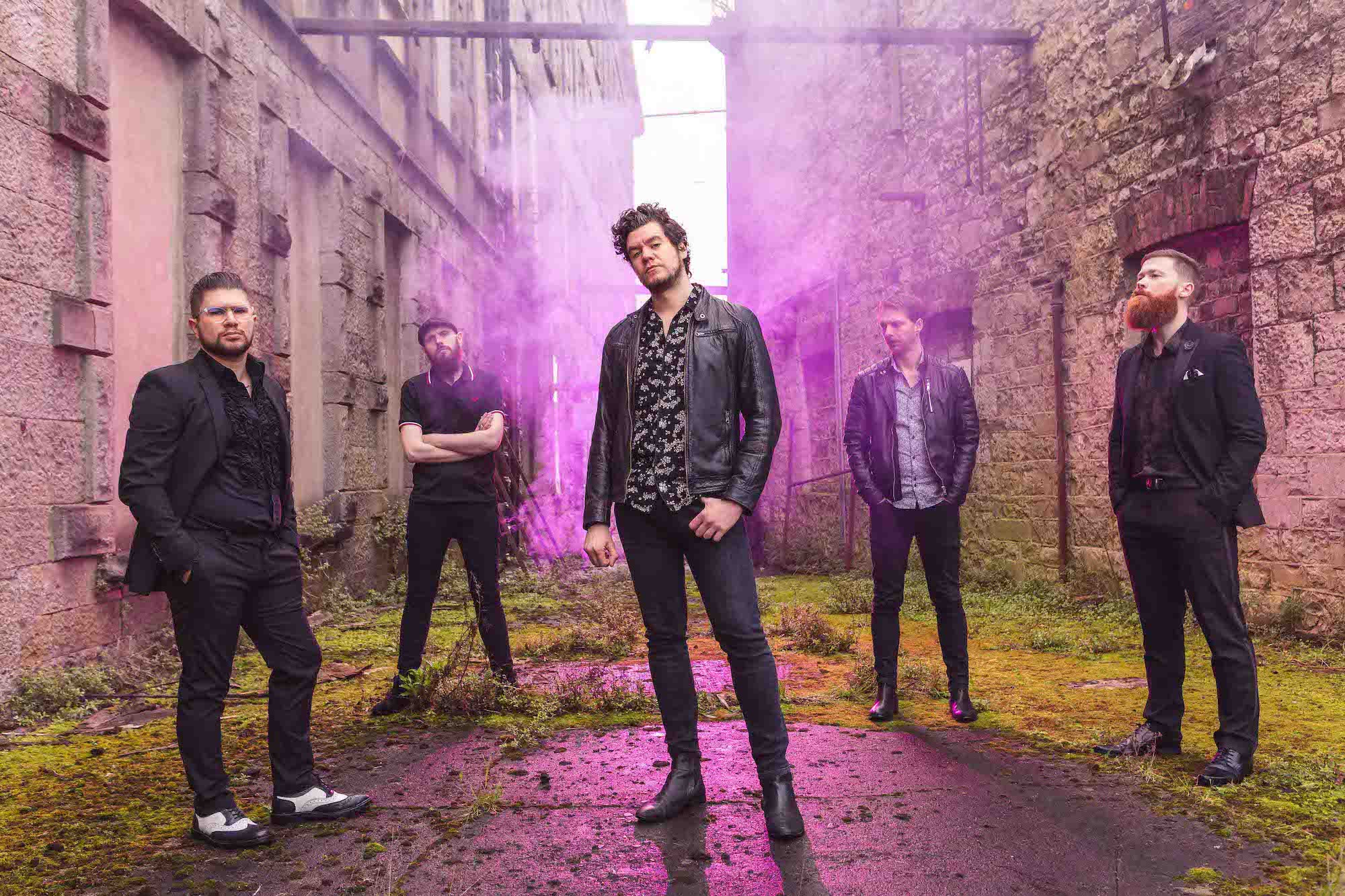 Limericks Fox Jaw have been working hard to stay creative during the lockdown.

Like many other artists in the music industry, Limericks Fox Jaw have had to adapt to the difficulties of the lockdown.

They have also shared the stage with acts such as: Against Me!, The Strypes, And So I Watch You From Afar, Alabama 3, The Redneck Manifesto, Jape, Hayseed Dixie, Hermitage Green, and even Calvin Harris.

Described as ‘a modern band with an old soul’, Fox Jaw has a trend-shaking growl, that always keeps things sweet and melodic with a collection of dark pop songs.

With all their music videos and artwork created by the band themselves, it gives Fox Jaw a DIY ethic and signature style.

We caught up with Shane Serrano from the band to see how the country’s situation has impacted the band, how they are keeping creative and their advice to struggling musicians. 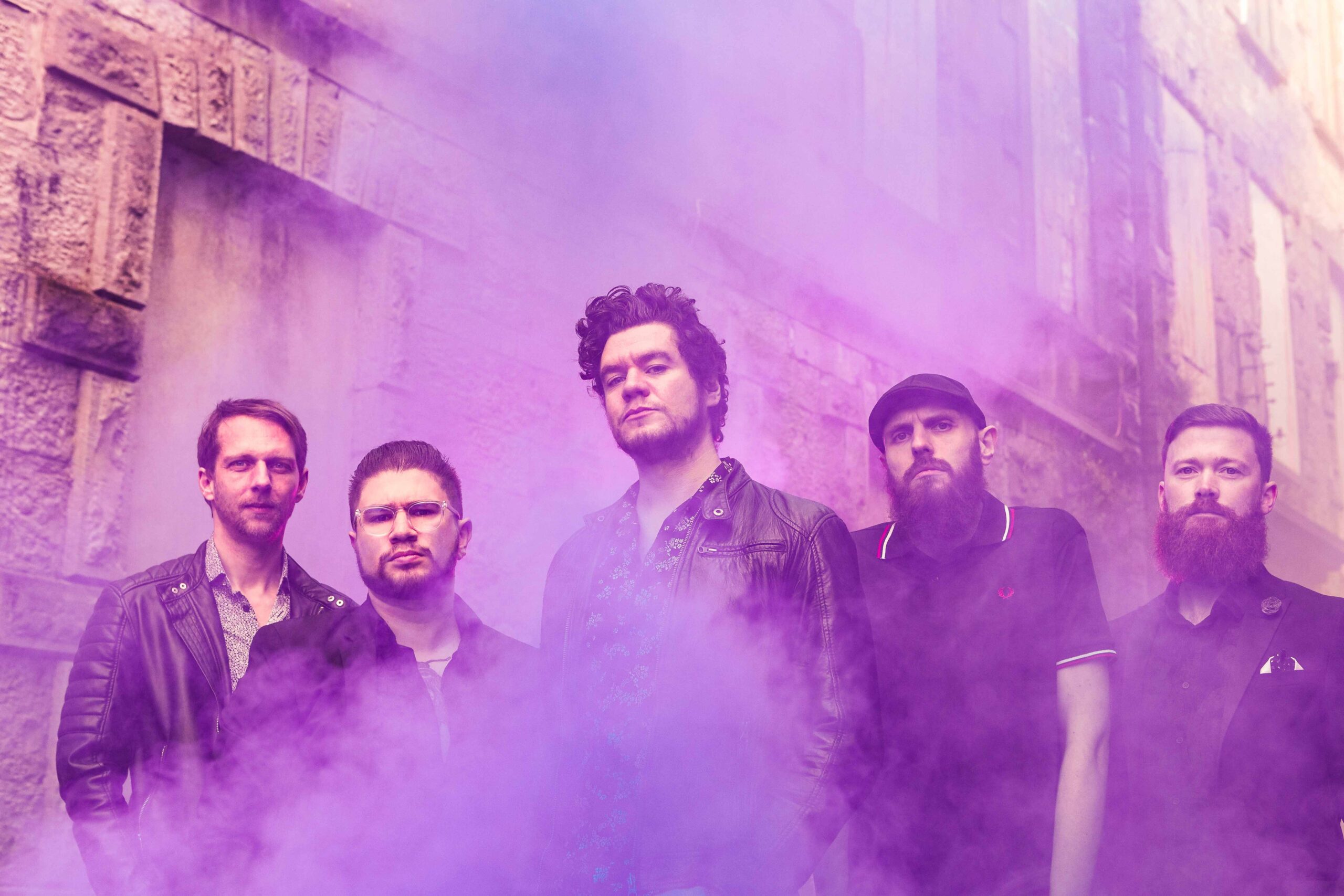 How are you keeping creative during lockdown?

To keep ourselves creative during this lockdown we decided to do something called “Covid Covers”. Where for every week in isolation we would cover songs by some of our favourite artists, or perhaps just a random song that we just thought would be a bit of fun to work on. We record our parts in our own self isolated cubbyholes across the country, send them to one another, get it mixed, put together a video and release it to the public. So far the response has been great, they’ve been getting shared all over the country getting thousands of views, and getting really great support from Hotpress magazine and even Dan Hegarty from 2FM has been playing some of the covers on his show.

What are Fox Jaw working on right now?

At the moment we have been keeping ourselves busy with the covers, but in the background we are trying to reorganise our tour which was meant to happen in March and April, and trying to do it now for the end of the year. It was really anticlimactic that we had just released our new album ‘Breathe In The Strange’ but just as we were about to tour it, everything got put on hold.

What is your writing process as a band?

It varies from song to song but generally our singer and front man, Ronan Mitchell, does a lot of the writing. Sometimes it can be a full song and then we bring our own flavour to it, or it could be that he just has a couple of ideas and between us all we bring it to fruition, but definitely arrangement always happens in the practice space with all five of us.

What are the band’s main musical influences?

We all come from so many different musical backgrounds that we all have our own lists of influences, but certainly artists that would’ve had a very big influence on our band’s sound would be Tom Waits, Nick Cave, The Doors, Queens of the Stone Age, The Beatles, Artic Monkeys to name but a few.

What would your advice be for young artists struggling right now?

For young artists struggling during the pandemic, I guess all I can say is that to keep busy. Whether that is honing your craft and continuing to experiment and explore with your song writing, or even go for a walk, a cycle, or take an online class, all that stimulates the mind and will keep you from getting bored. When it comes to song writing also, just be as original as possible, experiment with your sounds, new instruments… this also ties in with the collaborating. Reach out to your friends, perhaps people you have never met but follow their stuff online, work on collaborations, send songs back and forth to one another and see what the other can add to it. That’s what will keep everything in your life interesting, is to keep on switching it up, keep on changing the parameters. The world is so fast paced right now, and people attention spans are pretty bad, so unfortunately sometimes if an artist doesn’t make a splash immediately, we tend to ignore that name when we see it again. So maybe just reinvent yourself, try something with a slightly different approach. Keep exploring, keep buying lottery tickets.

Tell us what working with I Love Limerick’s Richard Lynch was like for your music video for Kerosene?

Richard was great! I personally have known Richard for quite a few years now, and at the time of making a video, Richard would’ve been definitely more of a public figure, so when you pitch to him that you want him to be a serial killer dancing around someone while pouring petrol all over them, you can imagine why he would turn it down! Fortunately Richard both loves horror films, and trusted me, and it was amazing. That song and video did so much for us at the time, and I really don’t think it would’ve been the same if we didn’t have Richard on board. Richard has been such a great supporter of our band and we are very grateful for everything that he has done for us, but also for Limerick.

Tell us about your favourite gig Fox Jaw has played so far?

I think playing electric picnic a couple of years ago was definitely a highlight, the show was great, and we had a lot of fun, but also it was an incredibly stressful show because we almost never got to play! It’s a pretty long story but there was a lot of confusion and mix ups on how we were to get our equipment to the stage… half of the band was at the stage, with five minutes to our stage time, while the other half was stuck outside the festival gates arguing with security. We were playing the Jery Fish Electric Sideshow, and fortunately Jerry Fish himself came to our rescue, picked us up in his golf cart and we zoomed right onto the stage with literally not a minute to spare!

Can we expect new music from Fox Jaw soon?

We would have been planning to record new material towards the end of this year, but seeing as since we never got to promote our latest album, that will be our focus once pubs and venues are allowed to reopen and it will be safe for us and the public to be out and enjoying live music once again.

What are Fox Jaw’s goals for the future?

We just want to be releasing music and playing shows. We left a lot of time between our last album and this album, so we don’t want that to happen again. We need to be very structured in our creativity, productivity and output. At the same time the goalposts keep on changing in the music industry for us, so we need to be smart in the way we do things, so that our mental health is right when it comes to the band, and we don’t burn ourselves out.

UPDATE: Embury Close residents give back with walkathon challenge