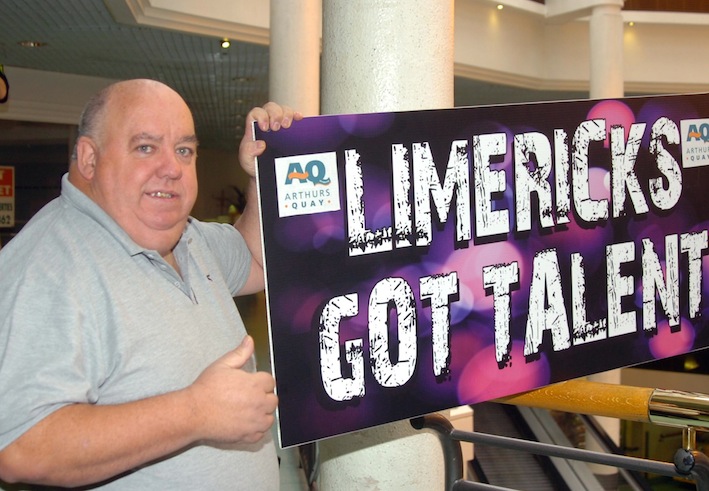 Limerick’s Got Talent To Return This July

Limerick’s Got Talent returns to the City & County this July 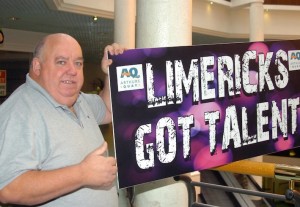 Organiser Mike O’Connor pictured at the launch of Limerick’s Got Talent which is been held in the Lime Tree Theatre, Mary Immaculate College, starting on Tuesday 20th of August.

Limerick’s Got Talent will be taking to the road once again in its search to unearth the best local talent that Limerick City/county and its environs can produce. This year’s competition has changed it’s format by having three heats shows in the South Court Hotel Tuesday 22, Wednesday 23 & Thursday 24 July with our Grand Final taking place in the Lime Tree Theatre on Friday 15 August to give our finalists the opportunity to perform on the same big stage as our contestants who put on a tremendous series of shows last year.

Unlike most other popular talent shows, the emphasis is on the promotion of our individual performers rather than judges or production staff. We want to find not only one gem but a whole host budding entertainers who for one reason or another have not had the chance, or confidence to make a career in the entertainment industry by giving them the platform to get on the first rung of the ladder.

Once again entry is open to all genres of entertainment provided they are not full –time professionals; past entrants are especially welcome to apply. We are looking for anyone over the age of 10years old who can sing or dance, bands/groups who are getting together for the first time or been playing for a while, variety acts such as magicians, comedians, stage schools or monologues all are welcome. We also hope to encourage singer songwriters to pen a new tune for the competition.

Producer Mike O’ Connor says “We are looking forward to this year’s competition with great excitement and curiosity to see how the acts and general public react to our new format, especially with this being our contribution to the Limerick City of Culture celebrations.”

Applications at €10.00 per act are now being distributed and received in the special booth situated in Arthur’s Quay Shopping Centre, with a secondary spot in Brunch Café Upper William St. Entry fee must be paid with the application. 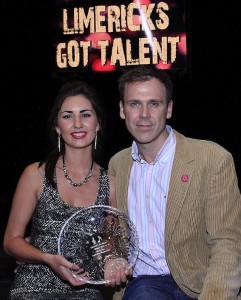 Format for  the competition has three heats taking place Tues 20, wed,21  & Thurs 22  in front of a panel of 5 judges who will put three acts through with one extra act going through by a public vote and the possibility of a couple of wild cards over the heats.

The Grand Final will be decided by a panel of judges who will choose the overall winner, sponsored by Arthur’s Quay Shopping Centre, as well as 5 category winners – Best Vocal, Best Band, Best Dance, Best Variety Act and Best Original Song.

Tickets for shows are priced at €7. Heats go on sale in June from Arthur’s Quay Shopping Centre, with tickets priced at €10. Grand Final tickets are  available from the box office at Lime Tree Theatre (061 774774) or can be purchased online by going into the Lime Tree Theatre website from 1st July 2014.