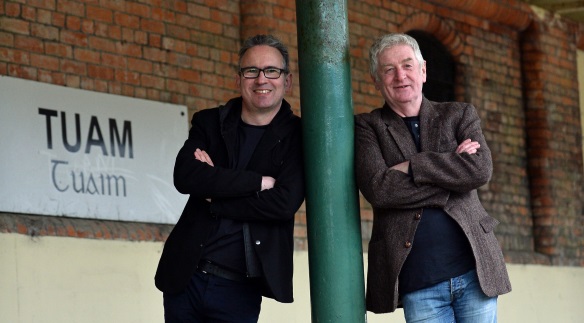 Dolan’s have confirmed that The Saw Doctors will be playing the Milk Market on Friday, May 12. The year 2017 will mark the end of a three-year period in which Saw Doctors did not play live shows as they are now confirmed to play live in Limerick’s Big Top. Tickets are on sale from 9am today, Wednesday 14 and are retailing at €25.

2016 saw a series of cancelled concerts for The Saw Doctors such as Dublin’s Olympia theatre, Killarney INEC, Athlone Radisson and Galway Seapoint due to frontman Davy Carton becoming ill and requiring a minor throat operation from which his damaged vocal chords needed time to recuperate and rehab. Thankfully 2017 will see the Saw Doctors getting back on track with their new UK tour and a series of live gigs and shows along with a fully recovered Davy Carton.

The Saw Doctors, a band formed in Tuam in the 1980s, are back in rehearsals and will be playing a series of comeback concerts in the coming year with an album due for release. Having played Oxegen, Slane, Glastonbury, T in the Park, the London Fleadh in Britain as well as at its Fleadh cousins across the Atlantic in New York, Chicago and San Francisco in the 90’s They will be welcoming 2017 with a return to their Irish roots by playing in Limerick’s the Milk Market.

This week, rock band The Blizzards make their return this Friday to Limerick for a Milk Market gig. Hailing from Mullingar, the five piece are playing a first gig in Limerick city in over seven years. The band – Niall Breslin, Anthony Doran, Declan Murphy, Justin Ryan and Aidan Lynch have already release singles Drop Down The Anchor and Perfect On Paper with a new album also on the way. The Blizzards are an Irish renowned band and have always been hugely popular in Limerick. Singer/Songwriter Paddy Dennehy will play a high profile support on the night. Only a handful of tickets remain on sale. Doors at 7pm and tickets retailing at €22.

To get tickets to the Saw Doctors click here

To find out more about Limericks Milk Market click here