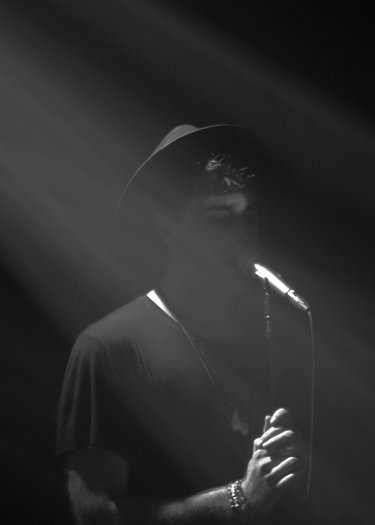 Great News For Limericks Niall O Halloran AKA Nile St James. He is preparing to scale the heights of the music industry as the singer prepares for the launch of his debut album, entitled ‘Meraki’, at Dolan’s this Sunday, December 4 at 8pm.

The former Voice of Ireland finalist, who toured as the support act to Irish singing sensation Gavin James last December after winning a Today FM singing competition, will also be performing his first ever headline gig as a solo artist.

It is a quiet Autumn evening when Niall and I meet at Starbucks, the only place we could think of still serving coffee at 6:30 on a Wednesday. “I’m half mortified and half excited that we’re here,” he laughs and proceeds to eagerly queue up for the most basic of drinks – His first pumpkin spice latte.

Anybody in Limerick will recognize him as the toothy-grinned, energetic tall guy who sings his sentences and hugs anybody in his view. He has a spirit that never wanes and determination to pursue his dreams that is infectious. Limericks Niall O Halloran

In the past year, Niall’s career has gone from strength to strength – But not without his hard work. The experiences he’s had have metabolized his writing style now, from his theater studies in Bull Alley to his success on The Voice. He’s done Limerick proud. Now represented by impressive new management, Niall is anything but smug “I don’t like to get excited about things too quickly because it could all just as easily go away. I’ll take full euphoric pleasure once everything comes to complete fruition.”

Without revealing too much, he tells me the secrets of his success. How he’s taken a course in Reiki which he integrates into his everyday routine.
He speaks extensively about how important it is to be connected with himself and stay grounded – that way it makes it easier to deliver the story he’s trying to convey in his songs.
Even his tattoos champion the bohemian aesthetic and mindset that he embraces. Sitting on his wrist is The Eye of Horus – an ancient Egyptian symbol of protection and good health.

What I love about Niall is how he treats everyone as though they are the most extraordinary person he’s ever met. He is genuinely interested in other people and loves connecting. A big social media fiend he is constantly posting between work, keeping followers and friends clued in about his progress and dishing out teasers of his work. In an industry where people leap critically to conclusions, it’s important to keep face online and a likeable reputation. I will leave links to his account down below (be prepared for perpetual pouting and sarcastic memes.)

Right now, Niall is on the final stretch of his tour with Lisa Canny, but is already planning ahead. So what’s next? I ask curiously. With fervour, he tells me about his goals to book as many supporting gigs as possible in the next few months along with a few local gigs where he will headline. Then goes on to talk about how he’s arranged to do a couple of “Living Room Tours”. These intimate gigs are in people’s living rooms for a fully immersive experience – This is his own conception based on Matt Corby’s Secret Garden Tour “I want to be him” he mutters and laughs into his coffee. This prompts me to ask him about his main influencers which he almost recites back to me. Stevie Knicks, for her relentless energy and fashion sense (obviously), Etta James for her soulful songs, and Matt Corby for what he’s done career wise. How much these influencers have touched on his songwriting is apparent – each of his songs prioritises authenticity and reject whatever sounds mainstream/pop. He is eclectic and a mixture of both old and new world music.

‘Man Made Problems’ will be Niall’s first original single. “It’s probably my favourite song on the album” Niall reflects proudly. “The idea for the song came to me after hearing Nina Simone’s words ‘its our job as songwriters to tell the story of our time’, That quote rang through my head for a long time – which is why this song is all about social injustice.”

Not long until he goes straight into launching his album ‘Meraki’ in Dolans this Sunday, December 4, tickets are a steal at €7.

You will also be able to catch him in Limericks own Stormy Teacup on December 18 for a Christmas show with a few more Limerick artists.   His music is guaranteed to grip, and his performances are delivered with a joyful twinkle in his eye.

Keep track of what Niall is up to on Twitter here