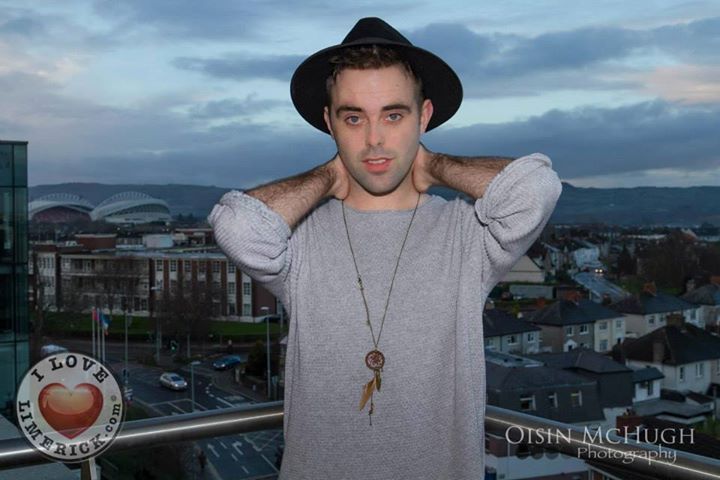 Limericks Niall O Halloran on The Voice of Ireland

Niall O’ Halloran, born and raised in Limerick city, is currently a contestant on The Voice of Ireland, having turned all four chairs in his blind audition with his rendition of Sam Smiths “Lay Me Down”. Niall applied to the Voice of Ireland unknown to himself. His mother applied whilst Niall was in work and on returning home suggested he upload an audition. Niall selected “Lay me Down,’’ because of the emotion in the song. ‘’ If I can emote to the lyrics then it will be so much easier to tell the story and work the melody around my voice.”

Niall’s first audition was for RTE2FM’s Wildcard, which involved Niall singing for three 2FM judges who are facing away from the contestants in a studio box. “I think the atmosphere helped with the nerves it was really relaxing in the auditions so once I opened my mouth, the tension left and I got into the song.” The next day, Niall got the call about being one of the wild cards going through to the Blind Auditions, which took place in the Helix, Dublin. “When my time to audition arrived I felt nervous, so I closed my eyes and sang my heart out. When I opened my eyes I was shocked, Rachel and Kian were standing and all four chairs were turned around.

The judges gave their pitches to Niall and Niall went with The Saturdays coach Una Foden. “Una gave off an energy that I thought was really nice. She has a work ethic and drive that I admire, I went with my instinct which I hope doesn’t let me down.’’ Niall is currently preparing with Una for the Live shows of The Voice after sailing through the Battle rounds.

Niall found his love for music at a very young age. Niall began attending Expressive Arts theatre school and began honing his skills in acting, dance and singing. Moving to Parteen Co.Clare in his preteens, Niall attended Parteen Primary School for several years, whilst continuously training in Expressive Arts. With the theatre school influencing his love for musical theatre, Niall parents fuelled his passion for soul and blues music with a vast collection of records in their home. Niall went to Ard Scoil Ris secondary school, a school which took pride in the musical achievements of its students and alumni and facilitated students with the tools required to develop their musicality to a high standard. There Niall became an avid singer with the school choir whilst continuing his studies for six years.

Niall also attended Centrespace theatre, a youth theatre created and directed by Richie Ryan, here Niall began exploring the vast world of musical theatre with the intention of pursuing it as a professional career. Through CentreSpace Niall was introduced to Maire Keary Scanlon a vocal coach and resident musical director of CentreSpace. Niall took up private singing lessons with Maire and quickly began expanding his knowledge on music and his own voice.

When it came to choosing what to study in college, he was stuck between the choices of Musical theatre, Journalism and Commercial Music. Niall chose to pursue a degree in journalism. After being accepted into Dublin Business School, Niall found that although the course was everything he imagined it would be, it was not music. Completing one year of the degree Niall once again began to seek out a course that would fuel his love of singing.

In 2012, Niall re-discovered his love of RnB classics and gospel music finding inspiration in the voices of Etta James, Aretha Franklin and many other artists and began to write songs. Niall was accepted into Bull Alley Theatre Training Company, where he spent two years developing his skills in acting at a professional level. He was then picked up by a touring theater company and began touring around Ireland in a cabaret show.  Niall is currently commuting from Ireland to England auditioning and working. As well as that Niall was highly involved in Limerick City of Culture, working in as many productions as he could.

You can watch The Voice of Ireland on RTE 1 on Sunday’s at 6:30pm, with the live shows starting in the end of March.