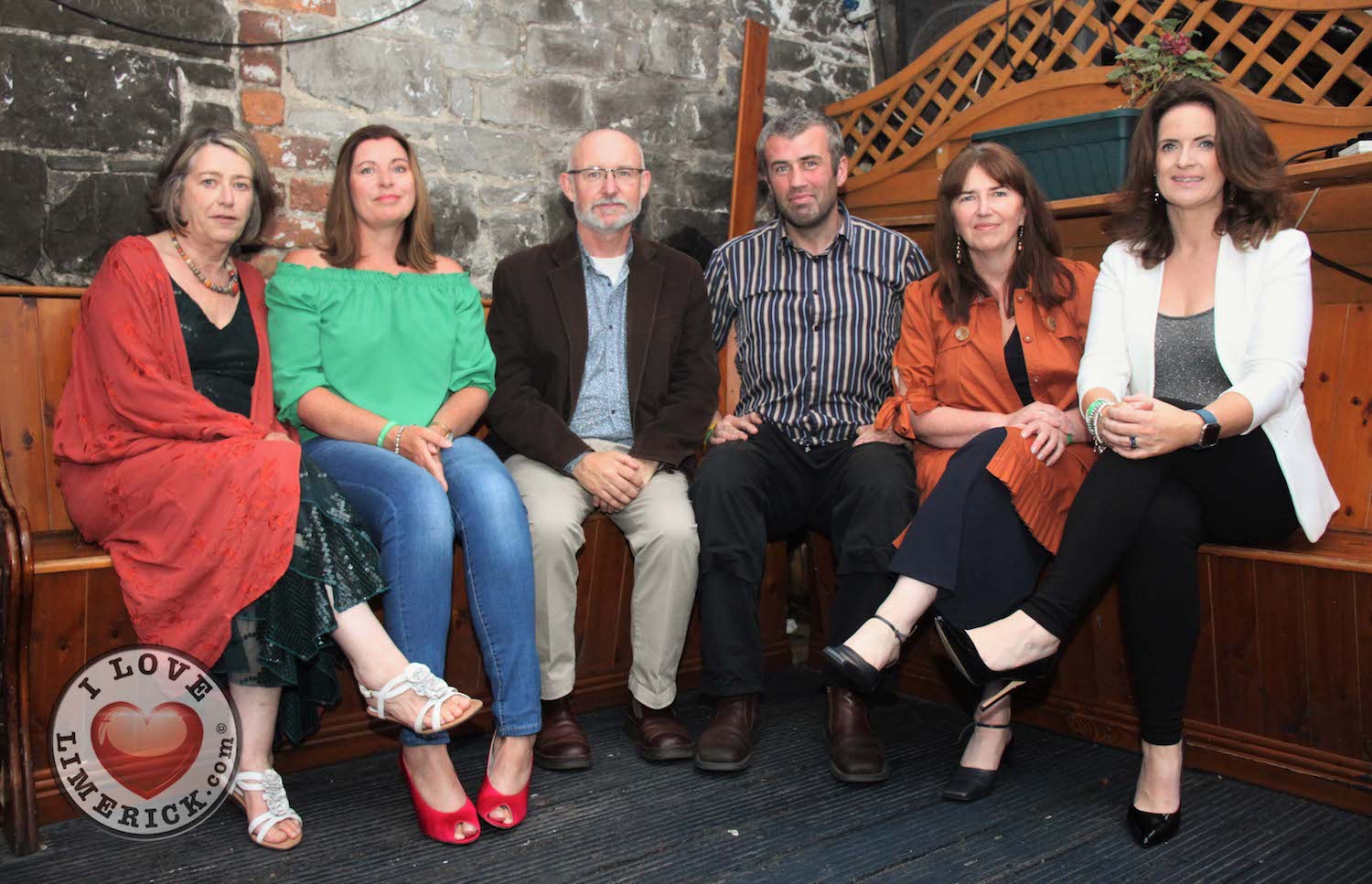 Discussed in the opening episode of I Love Limerick’s Podcast show was the recent events that took place in Limerick last week. To start Claire spoke about Limerick against Pollution, Limerick Saturday, October 5 at 2 pm at Limerick City Hall to protest the EPA’s decision to grant a license to Irish Cement to burn 90,000 tonnes of industrial waste and tires in Mungret. Let’s all offer support to Limerick against Pollution, who are holding their protest march on the day entitled ‘March for our Lives’.

The new scheme came as a shock to many with citizens, businesses and politicians alike, enraged at The EPA granting Irish Cement permission to ditch fossil fuels for burning tires and waste.  Over 4,500 objections were made against the EPA as many fear for their safety, particularly for those areas closest to the plant which includes 4 schools and a public park.

Although The EPA insists all operations are safe, the people of Limerick are not buying it and the turn out for the protest is expected to be high. The EPA said it was, “satisfied that the emissions from the installation, when operated in accordance with the conditions of the proposed license, will meet all required environmental protection standards and will not endanger human health or harm the environment in the vicinity of the installation or over a wider area”

Always in local news the Limerick Land Search Team, who recently received a Jeep as a daily rescue kit and while this is a vital asset, it will cost over €4,000 to insure. The agency is encouraging interested people to donate to help their organization’s operations. Except for the jeep they received, there is a huge lack of rescue equipment available to them. In recent years, the members have started to make money from their own pockets to buy equipment and uniforms just to keep the unit alive. The unit is entirely run by volunteers and is on call 24/7, 365 days a year.

Then they spoke about the amazing  Limerick lady Anne Riordan who has decided to take part in the Dublin city marathon this year as part of her bucket list. Training is well underway and she has completed 12 of an 18-week training program. But it’s not all about running a marathon – she is also wanting to raise awareness of a very important campaign being run by the Irish Heart Foundation. She’s been working with the Irish Heart Foundation for 14 years now and since she joined the Foundation she has met and become very friendly with many people whose lives were saved by bystander CPR

Next, they discussed Jinfu Huang and Caoimhe Ryan, students of the Irish World Academy of Music who were at Colbert Station last Friday as part of Culture Night to launch Iarnród Éireann’s newest permanent piano. The Limerick piano is the sixth public piano to be installed at Ianród Éireann Stations. Pianos have already been installed at Pearse, Heuston, Connolly, Waterford, and Cork. They have all brought delight to those waiting at the stations.

Cartoon artist Rob Stears was commissioned to illustrate the Limerick piano. The piano features an illustration of the River Shannon as it passes through the city and also features images of famous Limerick people from the world of sport and culture. Including; Paul O’Connell, The Cranberries, Blindboy Boat Club & President Michael D. Higgins with his beloved dogs

Philip Conway, Station Manager of Limerick said, “Myself and my team here in Limerick are so looking forward to hearing lots of musicians give us a tune here at the station and I’m sure it will contribute greatly to the atmosphere for everyone who passes through”

A breaking story in Limerick was the closure of the Frank McCourt Museum.  It’s with a heavy heart here at ILoveLimerick that we report to you the closure of the Frank McCourt Museum. The museum will close its doors on October 30 because of the costs of running the facility. This Tudor-style building was formerly known as the Leamy School, the former school of Frank and his brother Malachy. The museum has a large selection of Angela’s Ashes memorabilia and has recreated the McCourt home as described in the book using period pieces and props from Angela’s Ashes motion picture.

The closing news was posted on their social media page yesterday and already received thousands of messages, most saying that this is sad news and expressing gratitude for what Una did for the museum. You can check out our own 3 part series on Angelas Ashes on Youtube @ILoveLimerick

In Camogie, The Limerick County Camogie board have confirmed that they are seeking applications for management positions with the Senior Premier Junior and Minor squads for the upcoming season. Applications are to be emailed to Brid Kennedy, Camogie County Secretary at [email protected] before 6 pm on Thursday 10th October 2019.

Another amazing event they discussed was Rachel Allen’s cooking demo in aid of Leons Lifeline was held last Wed the 25th of Sept. The event was a huge success and was in aid of Leon, a 22-year-old Limerick man in need of medical treatment in Russia, was met with great success as The Strand Hotel filled up with people eager to see Rachel and help the cause.

The night started off with a wine reception where audience members could place bids on some amazing prizes in the silent auction. Local chef and food ambassador Tom Flavin then kicked off the proceedings with a cooking demo of some of his much-loved dishes.

Following Tom, the main event, Rachel took center stage and did not fail to entertain with a cooking demonstration of some delicious autumn dishes, especially chosen for Leon. Leon was diagnosed with MS when he was just 18 and needs to raise €70,00 to receive vital stem-cell treatment, his only hope to return to his life before it was ravaged by the effects of MS.

Valerie O’Connor, Leon’s mother, and full-time carer said, “I’d like to thank the people of Limerick for everything they’ve done so far. We really urge and ask everybody to keep up the support, please. We’ve had an amazing start but we need to get to our target so he can avail of the treatment which will hopefully give him life back. It really is Leon’s Lifeline.”

But if you missed out on the Rachel Allen cooking demo DON’T FRET because Tuscany at the Granary will be hosting a charity event for Leon’s Lifeline on Friday, October 11. 2019’s Love Island Winner and local Limerick heartthrob Greg O’Shea will be serving up the Pig on a Spit in celebration of Pigtown and in support of Leon’s Lifeline.

Also appearing on the night will be The Riff Shop, one of Ireland’s most emerging talents, who will be blasting out the tunes on the night, Eurovision star Sarah McTiernan and also the Blacktie Magician.

The Pigtown Festival is an exciting celebration of Limerick’s Food Culture. Inspired by the history of Limerick’s famous bacon industry, the ‘Pigtown Culture and Food Series’ is an exciting program of themed events, which started in September in Limerick. Developed by the Limerick Food Group and supported by Limerick City & County Council, the series will focus on Limerick’s unique heritage as a way to showcase the great food available locally, building on our deep-rooted food heritage.

Leon was diagnosed at the age of 18 and since then, his condition has dramatically worsened. He will have to go to Russia to receive possibly life-saving treatment that is not available in Ireland. The cost of this specialized stem cell therapy is €70,000 and with Leon almost exceeding the health bracket to receive the treatment, time is running out.

Leon’s lifeline has achieved just over their halfway goal of hitting their targeted amount and we hope this event will help get Leon to where he needs to be.  Leon said, “Stem-cell therapy isn’t a guarantee but it’s the best chance I have. It’s my only lifeline.”

Tickets will be available only on Eventmaster and are currently on sale. The event is over 18’s event. Doors open from 5.30 pm, early bird tickets will start at €45. The ticket price includes a pint of Heineken, BBQ Pork Sliders served by Greg O Shea, MMCookies desserts, Performance by the Blacktie Magician & Music by The Riff Shop and Sarah McTiernan. This is a ticket only event so make sure you grab yours as soon as possible!

Earlier this month it was announced on the show Primetime that the future of the long-established Rte show Lyric FM is now uncertain, sending a shockwave through both classical music advocates and radio listeners alike. Currently, more than 17,000 people have signed a petition to save only classical music radio station, insisting Rte prevent the cancellation of the Limerick-based Lyric FM.

Senator Kieran O’Donnell spoke about the announcement, saying, “People are extremely anxious. The staff in lyric were not aware of any possible threat to lyric and what’s required here is absolute clarity about its future and also the fact it will continue to be based in Limerick”. After running into substantial financial difficulties, losing over €13 million in 2018, Dee Forbes, Rte Director-General, said they were still losing millions of euros. Lyric FM currently has the lowest average cost per transmission hour within the RTE broadcasting group, with the net cost of Lyric FM’s public service activities came in just under €6m last year.

Based in Cornmarket Square studio in the heart of Limerick City, Lyric FM costs €800 per hour to transmit and only receives 1.9% of the national share of listeners at peak time on weekdays.

And to end the show they talk about the latest music in Limerick,

I love it’ is the latest single from upcoming Limerick artists, Michelle Grimes and Tino Rondz.  ‘I love it’: was originally written by Tino who got in touch with Michelle to add the female vocals he felt were needed to make this song a hit.

Michelle is a good friend here of ILoveLimerick and performed at this year’s pride launch and pride party. Most recently, Michelle was asked to perform for the U.S presidential office when they were here for their visit to Ireland. She sang ‘Dreams’ by The Cranberries to represent Limerick.  She has always had a passion for music from a young age, “My Grandad paid for piano lessons when I was five, and I think my Mam and Dad thought I would play it for a few months, but they couldn’t stop me, I was addicted, and I was singing all the time.

Related Topics:ILoveLimerickilovelimerick podcastpodcast
Up Next