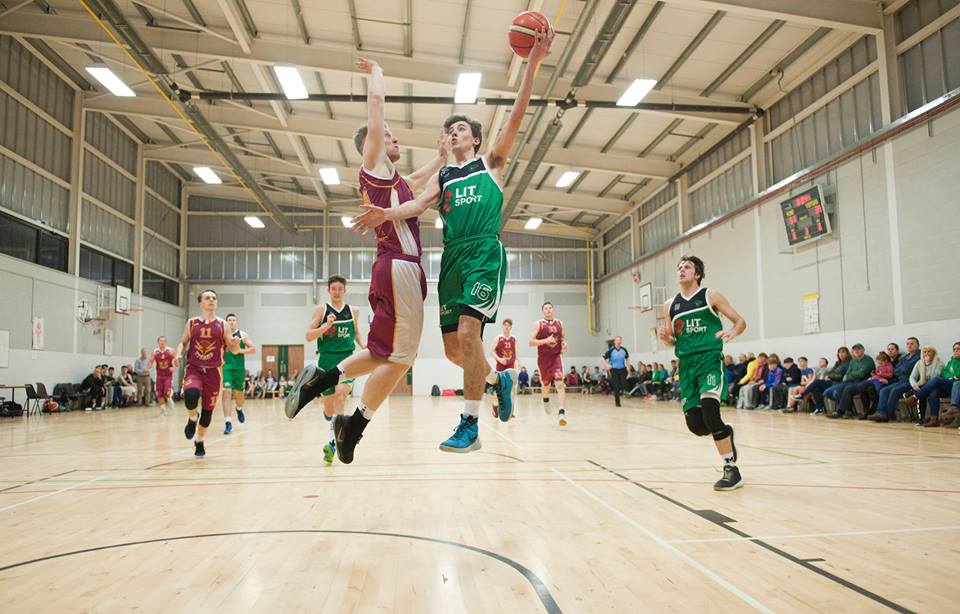 LIT Celtics had a comfortable win over the Galway Titans last Saturday night in St Munchin’s College. A large crowd turned up to cheer on the Limerick Mens team and were treated to a great evening of fast and skilful basketball.

From the tip-off, LIT were firing on all cylinders with Jordan Hehir and Tommy Walsh accounting for the opening 12 points. Celtics were working hard on both ends of the floor and the work rate was definitely paying off on the night with the Limerick men growing in confidence and extending their first quarter lead to 14 points.

Matt St-Amour was causing havoc on the Galway side and with Cian O’ Reilly, Emmett Brown and Ciaran Woods knocking in open scores the Limerick side finished the half on a 52 to 32 scoreline.

Conor Byrne, Aidan Holden, Dylan O’Dwyer and John Bridges added some more fine scores in the third quarter to extend the Limerick lead to 30 points and with Jordan Hehir, Tommy Walsh and Matt St Armour scoring inside and outside LIT finished off a fine display with a 94 to 67 win.

Top scorers for LIT Celtics on the night were Matt St Amour  36, Jordan Hehir 22 and Ciaran Woods 13. Limerick Celtics under 12 boys picked up a super win over Fr Mathews in Cork on Saturday to remain unbeaten to-date and sit on top of both the under 12 Cork Division One and North Munster Division One leagues.

If you are interested in joining Limerick Celtics just send an email to [email protected] or visit the official website here.

Limerick Youth Service Christmas fair is back again this December