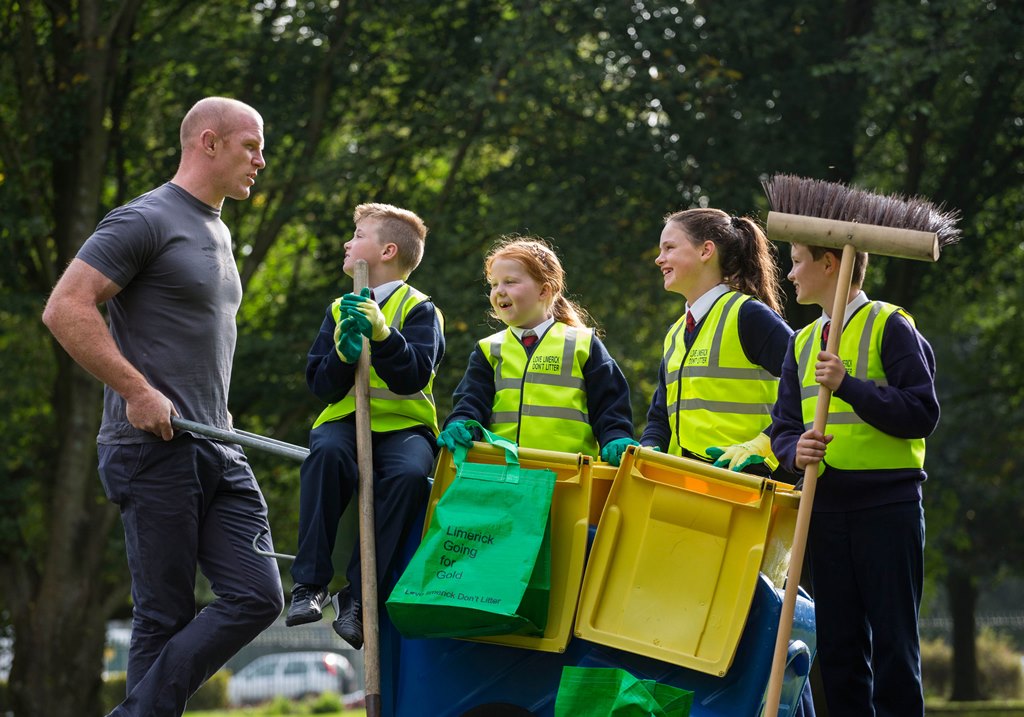 Team Limerick Clean-Up and Innovate Limerick won their respective categories and received their prizes at a gala ceremony in Dublin.

The Excellence in Local Government Awards are run by Chambers Ireland and showcase best practice in local government.  They recognise the skills, hard work, innovation and enthusiasm within the sector that can often go unrecognised.

The Awards are judged by a panel of expert judges and have been taking place since 2004.

Sinead said she was delighted to accept the award on behalf of the thousands of people who take part in TLC: “It is truly an honour to be accepting this award.  We have worked very hard to work with and support communities across Limerick in the TLC project.  They have taken it to their hearts and have taken ownership of it.  I’m accepting the award on behalf of all the volunteers.”

Innovate Limerick were also big winners on the night taking the award for Promoting Economic Development.  Cork, Dun Laoghaire-Rathdown, Mayo and Offaly County Councils were the other shortlisted local authorities in this category.

Head of Innovate Limerick, Mike Cantwell said: “We are delighted to win the award and be recognised for our efforts in improving the economic landscape of Limerick city and county.  Our range of projects is quite significant.  From Troy Studios, the Production and Digital Skills Academy and Innovation Hub in the city, to the rejuvenation of the old Andersen factory in Rathkeale and the Kantoher Enterprise Centre, we are working hard to foster the entrepreneurial spirit in Limerick, helping to drive Limerick forward.  It’s an honour to have been singled out for this award by the judges.”

You can read more about Team Limerick Cleanup here.
Here you can find more information on Innovate Limerick.
You can read  Local Government Awards here.

Mike O Donovan EP Launch ‘No time like the present’