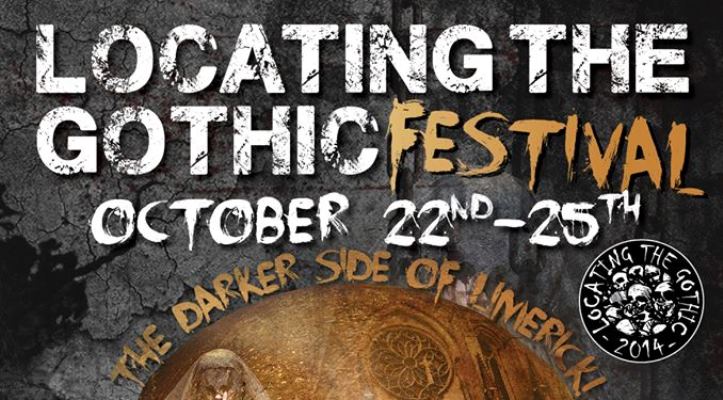 Locating The Gothic Presents The Veil

The darker side of Limerick

‘Locating The Gothic’ is a 4 day conference and festival which will be held here in Limerick City from 22nd to the 25th of October 2014.

The conference is being organised by Maria Beville (Mary Immaculate College, UL) and Tracy Fahey (Limerick School of Art and Design, LIT).

The two met at the Studies in Gothic Fiction conference in San Diego in 2012. From there the idea and fascination grew to bring their research in the Gothic to the historic, cultural and idiosyncratic location of Limerick city.

‘Locating The Gothic’ is an international conference and series of intertwined events exploring the concept of Gothic localities in and around Limerick City.

The festival will celebrate Limerick as a gothic location and by attending the events you will learn about the gory, bloody history, literature, art, and folklore of our city, from tales of battles and sieges, river monsters and ghosts to cannibalism and a long-standing city-curse.

The two day international conference is being held for academic delegates but all other events are open to the public.

The launch of ‘Locating the Gothic’ is open to the public and will take place from 5pm on the 22nd of October in the Tara Building in Mary Immaculate College.

For more information on ‘Locating The Gothic’ you can visit their website www.locatingthegothic.weebly.com

Or find ‘Locating The Gothic’ on Facebook at www.Facebook.com/locatingthegothic

Have you heard about the Horror Mania Fest? Check it out here!

In No. 1 Pery Square

However, compelled by the strange voices that haunt his beautiful young charge and a fascination with the psychic current that pervades the house, Berkeley proposes a séance, the consequences of which are catastrophic

Set around a haunted house hemmed in by a restive, starving populace, Conor McPherson’s new play weaves Ireland’s troubled colonial history into a transfixing story about the search for love, the transcendental and the circularity of time

“The finest dramatist of his generation” ~ Daily Telegraph