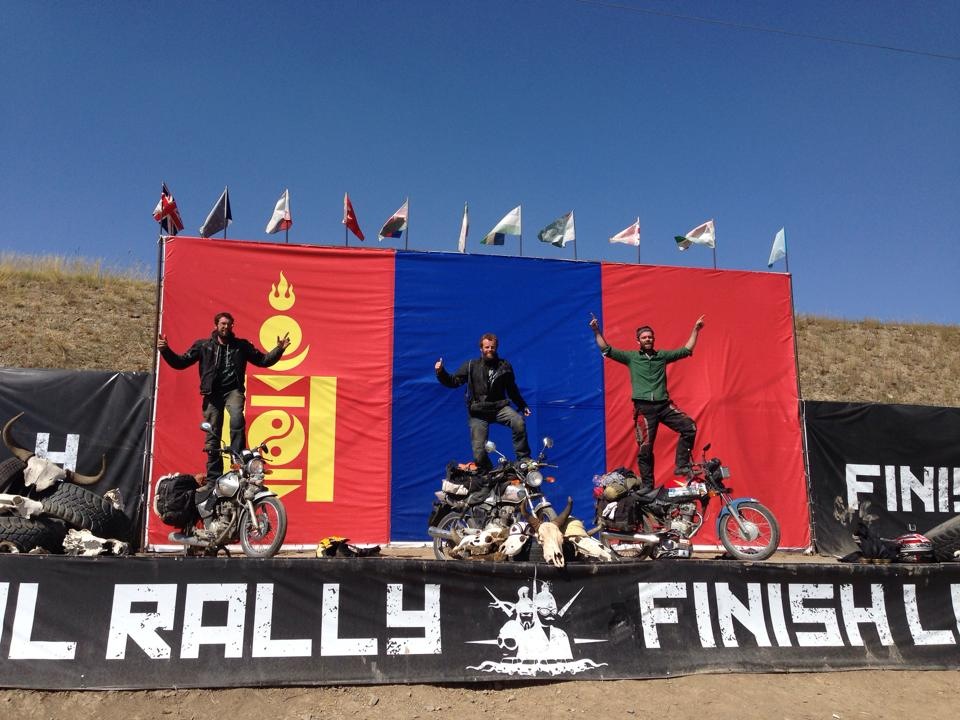 ‘Lock Stock & 3 Smokin Hondas’ with a Limerick flag in Mongolia

The team have raised over €11,000 for Mid-West School for the Hearing Impaired Children in Rosbrien, Limerick, an outstanding achievement. They love Limerick too as you can see from their photo of the Limerick flag pictured somewhere in Mongolia.

The school itself relies almost entirely on fundraising and donations to keep running. It is the only pre-school that caters specifically to the needs of death children in the country, and while it does get an annual grant from the HSE, this doesn’t cover one fifth of the costs involved in running the school. The annual running costs for the school amount roughly €26,000 per annum.

To illustrate just how important the work done by the school is, it is essential to point out that some of the children who start attending the pre-school at two and a half years of age have no language at home. In the course of their time at the pre-school they are introduced to the Irish Sign Language and work on their oral language development, so that they will have acquired some language by the time they start primary school.

The trio have covered an amazing 17 countries while travelling from Limerick to Ulaanbaatar in eastern Mongolia. Countries covered on the journey included England, Germany, Hungary, Turkey, Azerbaijan, Turkmenistan and Uzbekistan.

The boys will be return home to Ireland tomorrow, Friday night, and Shannon Airport will be organising a welcome home reception when they arrive in from London at 9pm.

“The boys have raised over €11,000 for us in the pre-school and we are overwhelmed by their efforts. As I type they are deep into Mongolia on dirt tracks and hoping to make the capital before 6pm on Thursday – they fly out on Thursday midnight local time.”

Check out the team’s Facebook page for more pictures and information on their trip!

Read more about the Mid-West School for the Hearing Impaired here!