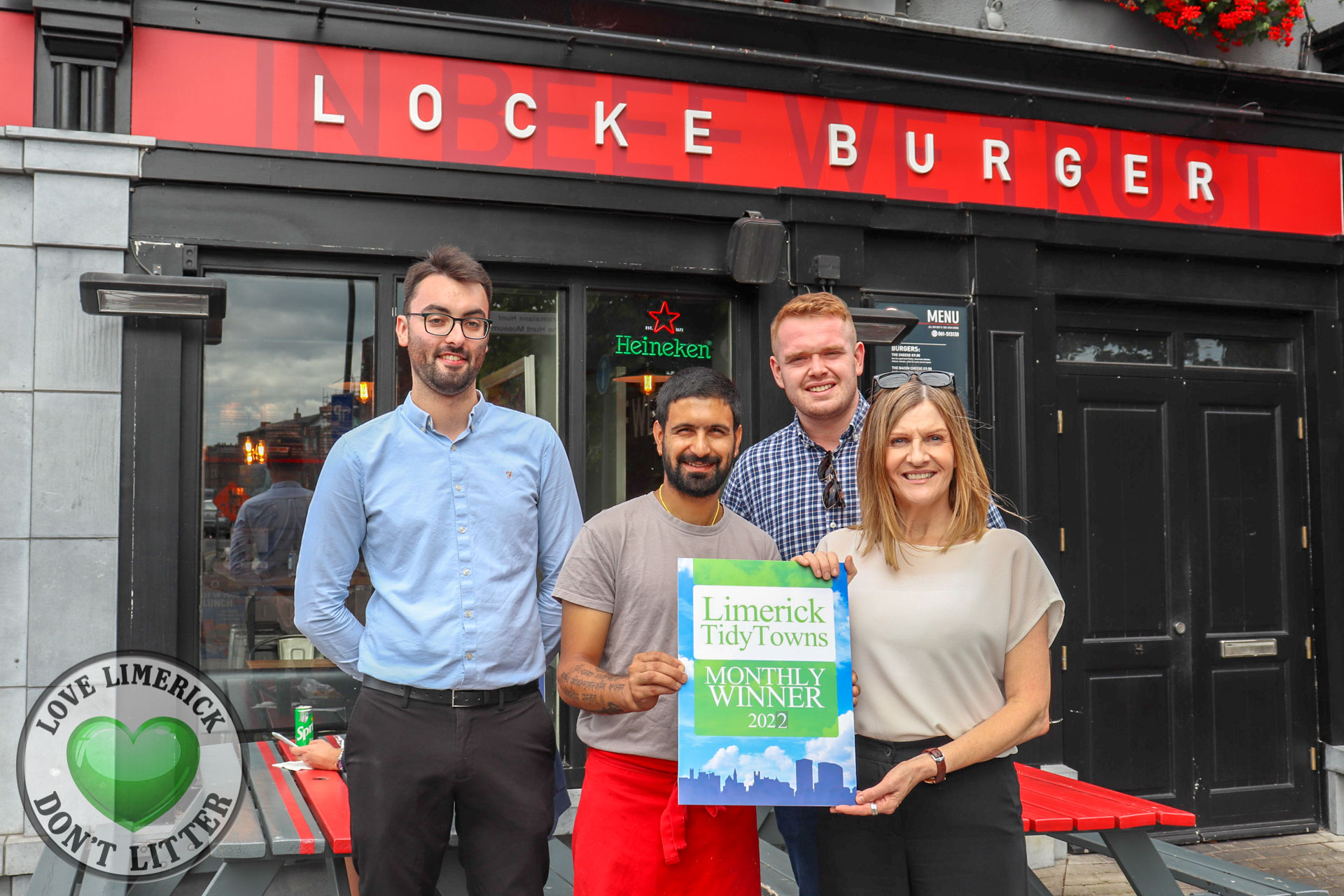 Tidy Towns representative Maura O’Neill said of the decision, “The opening of Locke Burger’s new permanent home on George’s Quay was one of the few highlights of Summer 2020, just as we were coming to the end of the first Covid-19 lockdown.  Not only did it offer a high-quality new takeaway option encouraging people to come into the city, but it also transformed what was a previously derelict building into this beautiful new unit.

“The contemporary grey paintwork contrasts strikingly with the bright red signage and door and it is a fabulous addition to the medieval part of the city, especially with its outdoor seating by the river which brings a renewed buzz to the already popular Locke Bar.”

Locke Burger was first founded in 2018 by chef Richard Costello, serving delicious burgers from a vintage Citroen food truck, which quickly developed a loyal customer base.  Following huge demand and support, in June 2020 he opened the doors to Locke Burger’s first permanent home at No 1 George’s Quay.   While the menu has since been expanded, the star of the show is still their renowned six-ounce dry-aged black Angus beef burger, locally sourced from farms in the region and working closely with local butcher Seamus Butler.

Locke Burger is Limerick City Tidy Towns’ seventh monthly award winner in 2022, and as a result, will be in with the chance of winning this year’s overall prize at their annual event to be held early in 2023. The winners from January and February 2020 will also be included in the overall event, as well as Treaty City Brewery, Khan Supermarket, Seoidin Jewellery, Souths Pub, The Bedford Townhouse & Café and Wickham Way who won monthly awards so far this year.