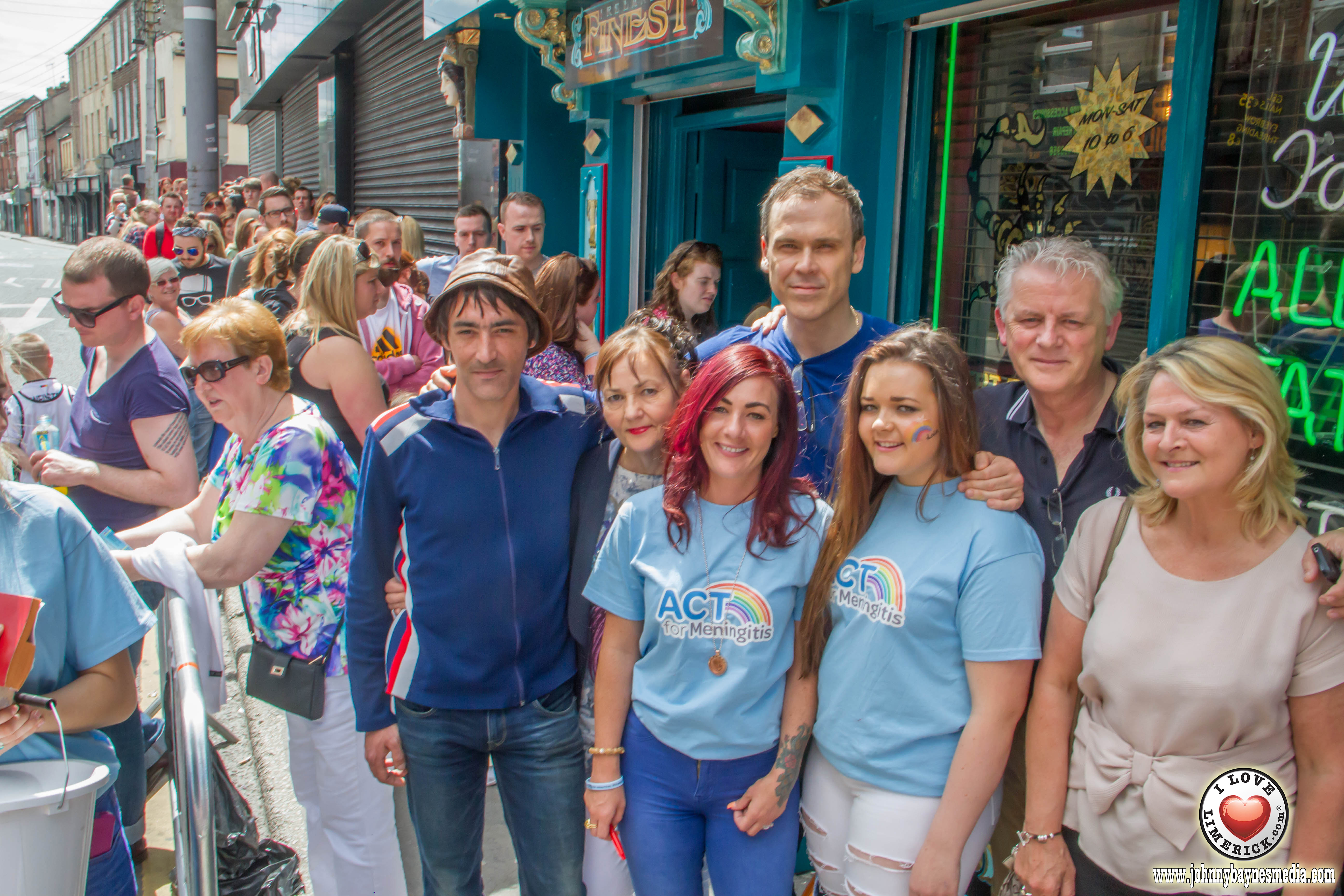 An unbelievable crowd gathered today at the AllStar Ink tattoo parlour, in Limerick City, for a Lola Nagle ACT for Meningitis Fundraiser. €19,924.28 was raised after a number of people donated money, or paid to get butterfly tattoos, in aid of the ACT for Meningitis organisation.

Speaking of the local support, Ruth Melling, mother of late Lola Nagle who passed away this past April aged one and a half years old,  from meningitis, said: “The support is pretty overwhelming. The shop, for the last two weeks, has been crazy. People have been just arriving in with spot prizes and anyone that I know has come from somewhere with a spot prize”.

The support of the Limerick community was admirable, with a number of impressive prizes being donated, such as; a signed pair of Mike Tyson boxing gloves and a signed Liverpool jersey, signed by Daniel Agger specifically for the event.

The butterfly tattoos are of special relevance with the fundraiser, with Ross Nagle, father of Lola, saying: “Before Lola passed away, we used to call her our little butterfly, so that’s why we did this”. An especially memorable moment occurred on the morning of the event while Ruth Melling was having a coffee and preparing for the fundraiser: “I was drinking a cup of coffee earlier and a white butterfly just landed on my cup, and everyone was standing back in awe. We didn’t have time to take a photo but it was really special”.

Speaking about the fundraiser, ACT for Meningitis CEO Siobhán Carroll, said: “This has actually been the biggest support fundraiser that we’ve seen since the charity started. It’s actually been phenomenal. People are just amazing, with the support they’ve given to the charity”.

One hundred per cent of the proceeds raised go towards the charity, where free support is offered to “anyone in the country affected by meningitis. We are a free support system and we also raise awareness around the country. The money will go back into our support services to help families and individuals”.

An aim of the fundraiser was to raise money for ACT for Meningitis, but also to raise awareness about the symptoms of meningitis, with Ruth Melling saying “A lot of people have the wrong information about meningitis. It’s scary that a lot of people don’t know the facts, and that vaccinations don’t reduce all chances. We want to raise money for the organisation, so they can, hopefully, save other children”.

Young people showed up in throngs, offering their support and help, with friend and sister of little Lola, saying: “A lot of my friends came over to help. They’re very good. I couldn’t ask for better friends.”

An upcoming event, in support of ACT for Meningitis, will be happening in Galway towards the end of August, where more than 70 people will be doing a run through the city to raise awareness. The Nagle/Melling family will be supporting this run, with 30 of Ruth’s friends, and her daughter Leah, taking part in the run.