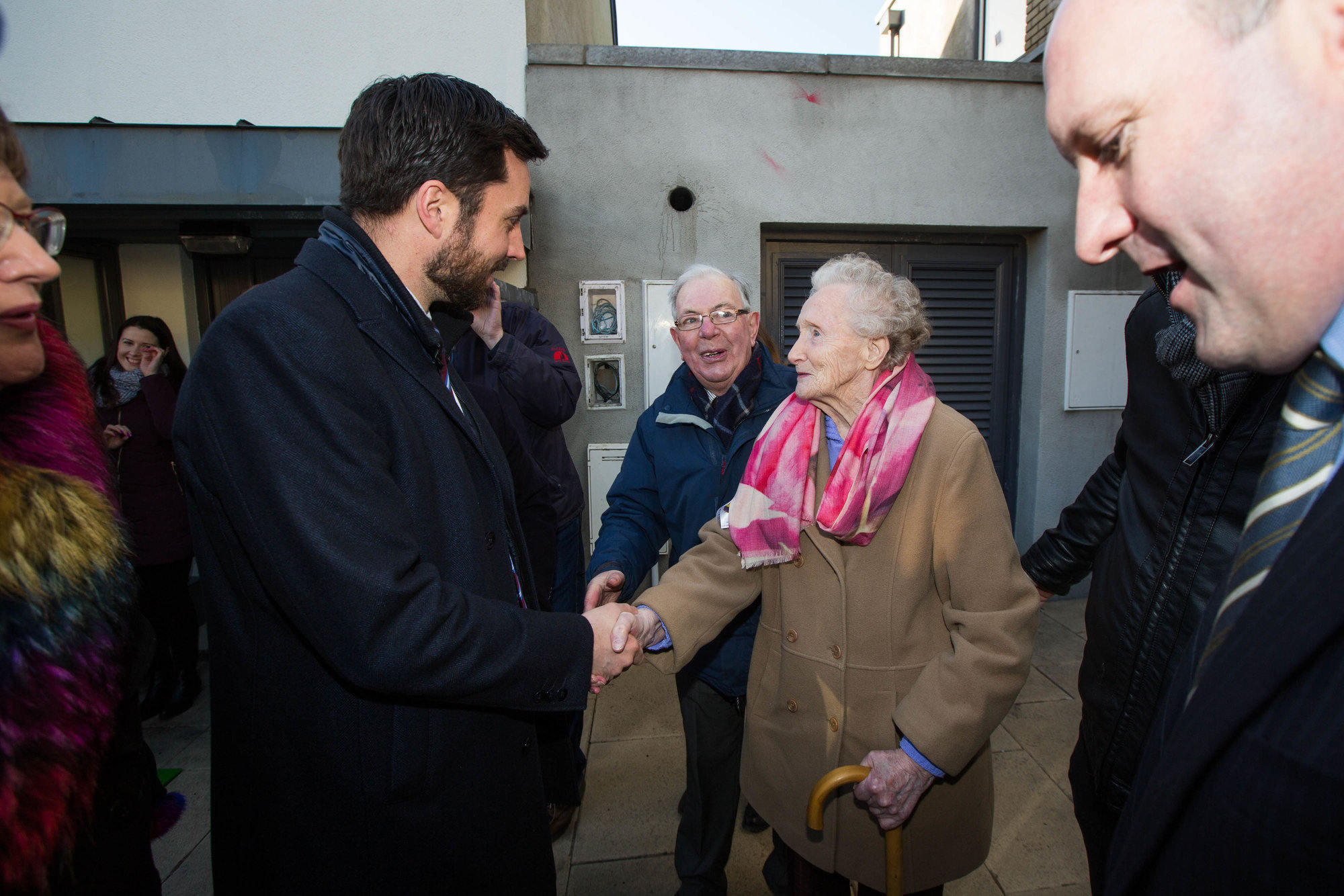 Located on the site of the old Limerick Clothing Factory, Limerick City and County Council the Lord Edward Street Housing Development is part of the Regeneration programme.

A total of 81 units have been built on a brownfield site close to Limerick city centre comprising of 57 units for elderly residents (1 and 2-bed apartments, and 2-bed houses) with the remaining 24 being 3-bedroom family homes.

Limerick City and County Council, along with their design team, led by Newenham Mulligan & Associates, and construction contractors, JJ Rhatigan have protected the history of the Limerick Clothing Factory, whilst at the same time developing a modern housing complex for residents in the new Lord Edward Street Housing Development.

The remaining buildings of the new Lord Edward Street Housing Development have been incorporated into the development for use as apartments and a community centre.

The Limerick Clothing Factory opened in 1853, and became the biggest clothing manufacturer in the world, supplying military uniforms to the British Army, the Canadian Volunteer Militia and also to the Confederates in the American Civil War.

Many hundreds of Limerick men and women were employed here, primarily women up to the time it closed in 1975.

At the official opening of the Lord Edward Street Housing Development Minister Murphy was presented with the book A Stitch in Time – A History of Limerick Clothing Factory by Maura Stapleton, who once worked in the clothing factory.

“I wish each and every one of the residents all the very best in their new homes, and hope they will create many happy memories here, and build a strong sense of community with their neighbours.”

Minister for Housing, Planning and Local Government, Eoghan Murphy visited some of the new residents in their homes during his visit. Speaking at the official opening of the Lord Edward Street Housing Development, the Minister expressed his delighted at the delivery of the biggest social housing schemes in the country, “The site has been the centre of economic life in this city in the past and once again it has risen to provide a community structure and house for many new families,” he added.

Carmel Kirby, Director of Social Development with Limerick City and County Council which has overall responsibility for the Regeneration project said, “One of the overarching aims of regeneration is to create sustainable communities. Lord Edward Street will go a long way in achieving this goal. The new estate will hopefully grow and flourish, and become a strong tight-knit community, where everyone takes pride in their homes and looks out for their neighbours.”

“The work carried out here in Lord Edward Street is being replicated across Limerick and it’s all for the bettering of Limerick.”

Many of the new residents of the Lord Edward Street Housing Development were given a ‘sneak-peek’ before Christmas and will be moving in on a phased basis over the next few weeks.

For more information on Limerick City and Council go here.

Related Topics:lord edward street
Up Next