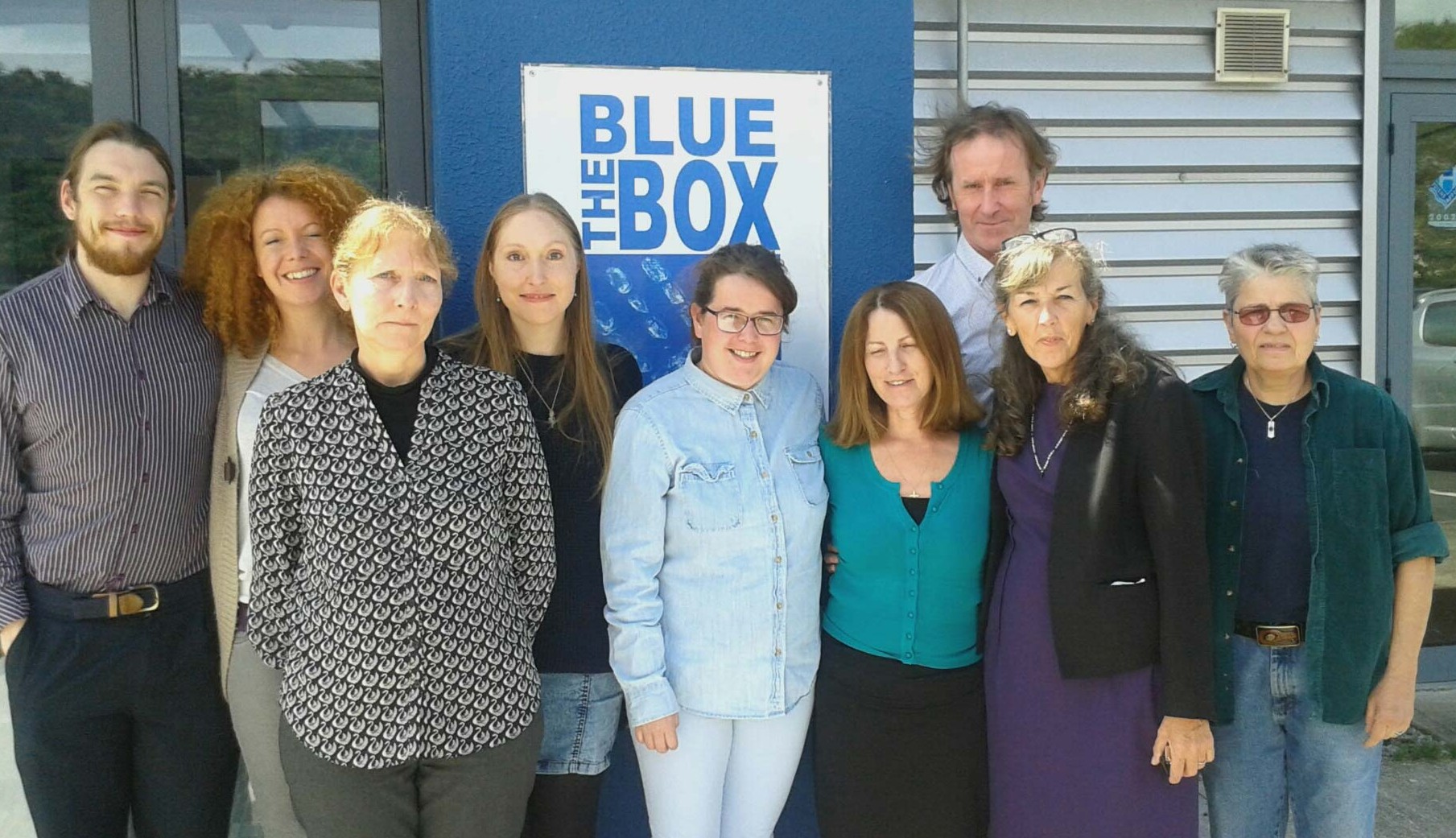 A Lorna Byrne Blue Box charity fundraising event will be held on Sunday, October 18th, at the Limerick Strand Hotel. The bestselling author, and founder of new charitable foundation, the Lorna Byrne Children’s Foundation, will be interviewed by local presenter and campaigner Richard Lynch, founder of I Love Limerick in a bare-all interview about all aspects of her fascinating life from young, homeless dyslexic child to widow to international bestselling author, peace ambassador and now charity campaigner.

Speaking about the event Lorna says: “Never before have we all needed each other so much for help and hope in our lives, regardless of our beliefs. But it’s not just us, the children of the world need us to be strong, hopeful and loving so that they have a future too. Through my work I have met so many amazing charities who are working with children and are crying out for support and that is why I started the Lorna Byrne Children’s Foundation. I hope to help amazing organisations like Blue Box who every single day are struggling to change the lives of children in Limerick for the better. I am willing to bear my soul if it means that I can help any of these children in any way. Children like those who attend Blue Box whose lives have been turned upside down by trauma.”

“I know that as a driven, energetic and compassionate ambassador for Limerick, Richard will also share from his experiences and that together we can bring renewed hope and compassion to each and every person attending, something that at this time is so needed, along with the messages of love, hope and peace that the angels have taught me to share with the world. Even if you are sceptical or want to satisfy your curiosity, I will be answering many questions from the audience too. I know that will make for an even more fascinating discussion as together we can learn so much from each other.”

Lorna Byrne in conversation with Richard Lynch of I Love Limerick will take place on Sunday 18th October from 2.30pm to 4.30pm in Limerick Strand Hotel, Ennis Road, Limerick. Tickets are €15 and are available on her website www.lornabyrne.com or directly from the Strand Hotel on +353 61 421 800 and will include a personal blessing from Lorna for those who want to receive it.

Lorna Byrne is an international number 1 bestselling author (her last two books have gone straight in at #1 on the UK Sunday Times Chart) with more than a million readers around the world. Her books, Angels in my Hair, Stairways to Heaven, A Message of Hope from the Angels and Love from Heaven, have been published in more than 50 countries and translated into 30 languages. Her work is the result of an extraordinary gift she has had for as long as she can remember. Lorna sees and talks to angels, physically. Lorna did not speak about this gift as promised to the angels until she published her first book Angels in my Hair eight years ago. A widow with four children, Lorna lives in rural Ireland. Today Lorna travels the world to share the angel’s messages of love, hope and peace to people of all faiths and none and in 2015 Lorna started her new charitable foundation the Lorna Byrne Children’s Foundation to support a number of charities who are already working tirelessly to change the lives of children for the better.

About the Lorna Byrne Children’s Foundation

In Ireland and abroad there are millions of children who, due to war, devastation, poverty, or illness are in desperate need. The foundation’s aim is to give a helping hand to a number of charities who are already working tirelessly to change the lives of these children for the better.

In 2015, the Lorna Byrne Children’s Foundation will support:

All proceeds will be split equally between the three charities.

Richard is a presenter, producer, songwriter and actor. Richard’s parents owned the well-known Limerick singsong house Eric’s for 42 years. He graduated from LIT with a marketing degree in 1993 and moved to New York where he lived for almost 16 years working with the likes of Cosmopolitan Magazine; Central Talent Booking, an agency that booked stars for a variety of shows including the David Letterman Show; and as store concierge for retailing giant Barneys. Richard attended the William Esper Conservatory in NY where he graduated from their prestigious acting program in 2006. Richard has been producing photoshoots and large scale events such as Limerick Pride 2008 for over a decade. He writes a weekly column in the Limerick Chronicle since 2010.

He was named the Limerick Person of the Year 2011 and won an online award at the Metro Éireann Media and Multicultural Awards 2011 for promoting multi-culturalism online.