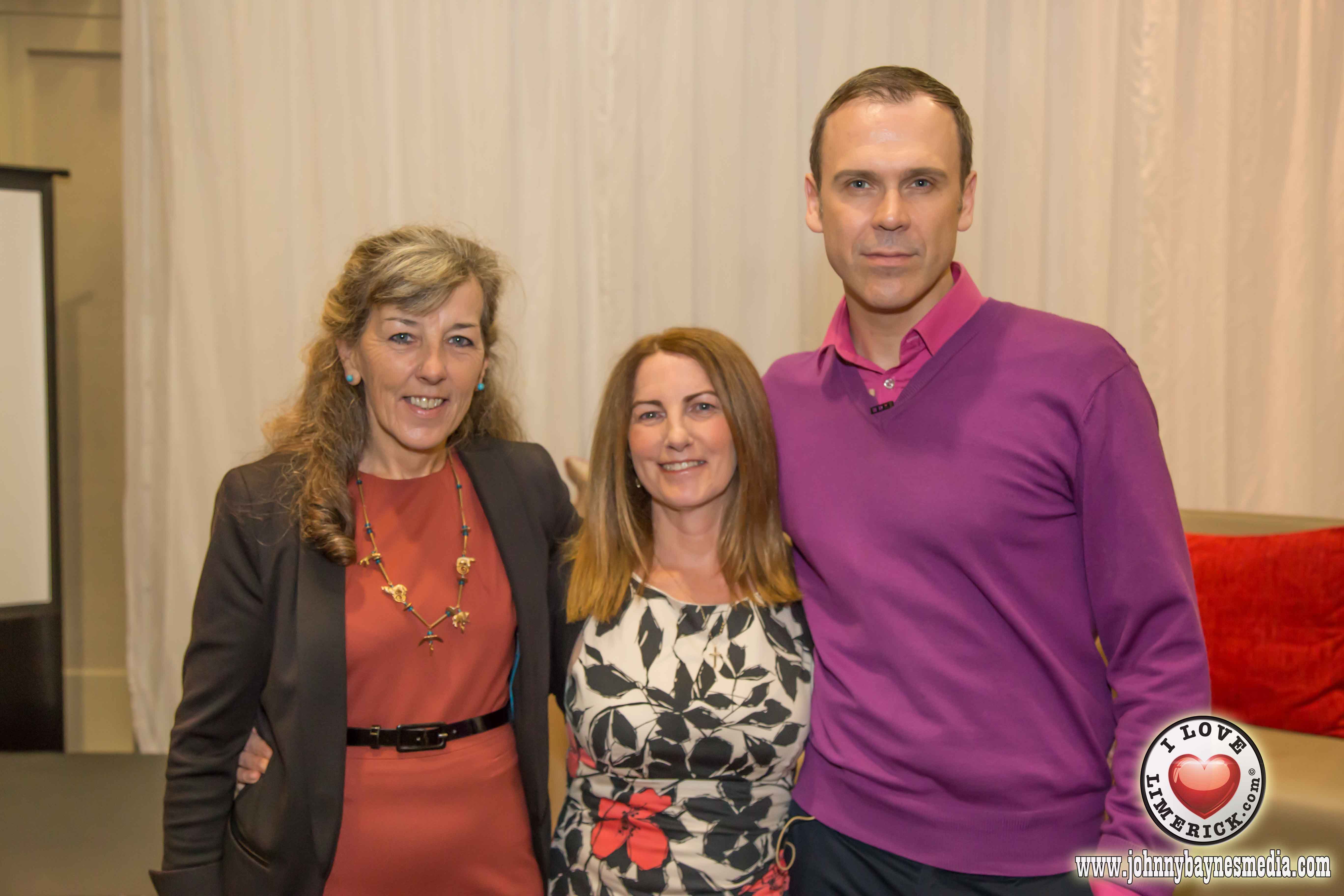 The Lorna Byrne Blue Box fundraising event was held this past Sunday at the Limerick Strand Hotel, where the bestselling author was interviewed by our own Richard Lynch. Lorna says that she sees angels and spirits physically on a continuous basis, and has seen worldwide success with her books having been translated into 30 languages and published in over 50 countries. Almost 400 people came to the event for the chance to hear Lorna and over €5,000 was raised from the event.

Founder of new charitable initiative, the Lorna Byrne Children’s Foundation, Ms Byrne believes that more charitable efforts should be made for children who are “pushed aside” in society and often forgotten.

Choosing to work with the Blue Box charity, which provides a safe space with trained Creative Arts Therapists who deliver a special service for children who need support at school or guidance through difficult times, Ms Byrne spoke of her choice to work with the charity.

“I wanted to work with a charity, but I couldn’t find one that was clean enough, because they are not all clean.

Speaking highly of the Limerick-based charity, Ms Byrne said that she knew she had to work with them after seeing “what Blue Box does here for children in Limerick.”

Creativity and art have “great power” in helping a child to open up about issue that may be affecting them, according to Ms Byrne.

“It helps to relax the child and eventually the child will talk and say what the problem is,” she said.

Speaking openly about her past, Ms Byrne offered advice to her audience, promoting a sense of inclusion and acceptance, encouraging people to reach out to those in need.

“We need to reach out to each other. A touch can mean an awful lot. You can change lives all around you, we are all connected,” she said.

Interacting with the audience and thanking them for support, Ms Byrne spoke to people, saying that they had come to be “spiritually lifted”, telling them that they had taken a step to “recognise more” in themselves, in the hopes that “something will be granted, whether mentally, physically or spiritually.”

People in attendance at the Lorna Byrne Blue Box fundraising event were offered a personal blessing from the author, along with the chance to ask questions, after the interview.

PHOTOS Zumba in the Club in aid of Cliona’s Foundation