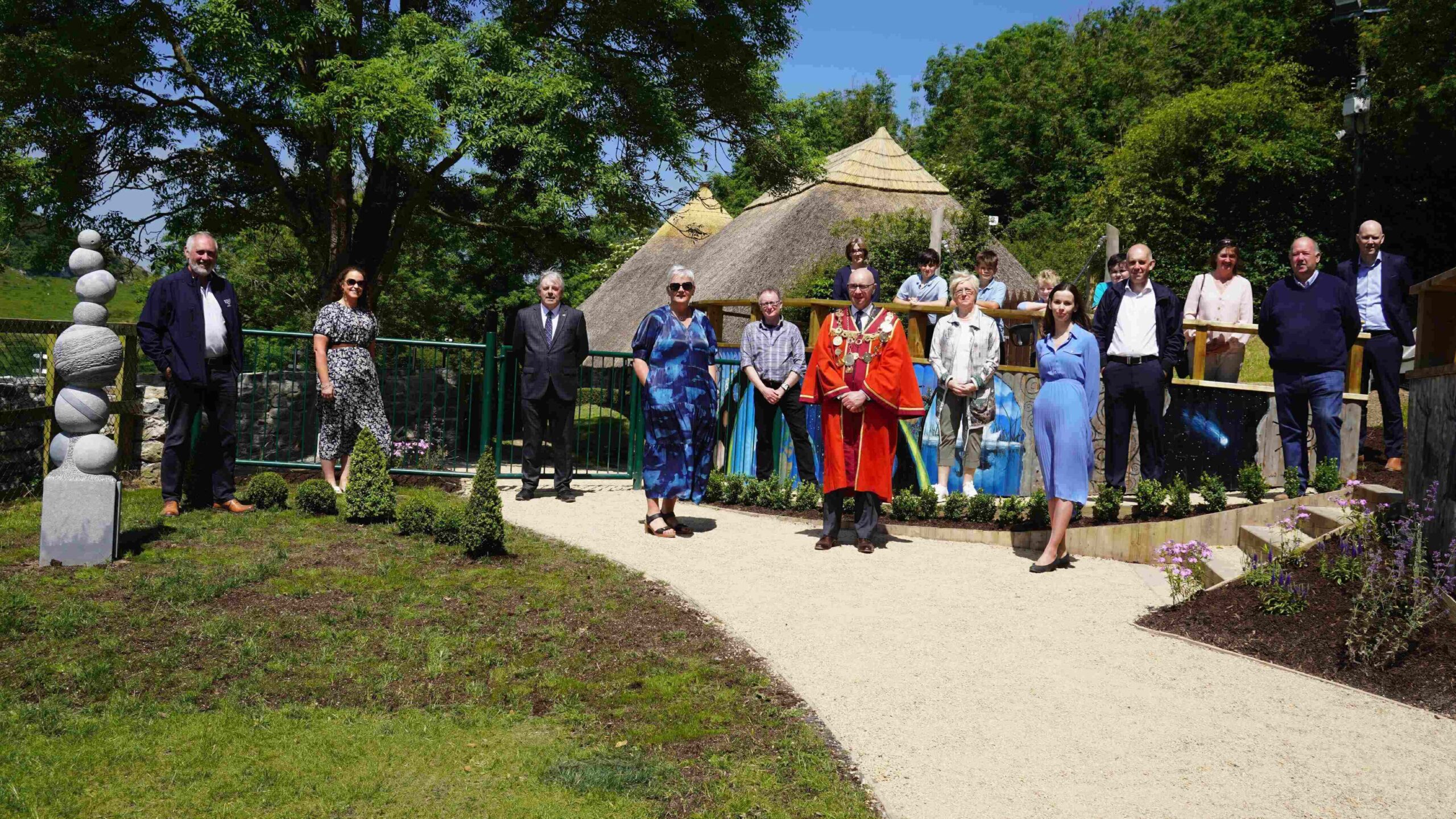 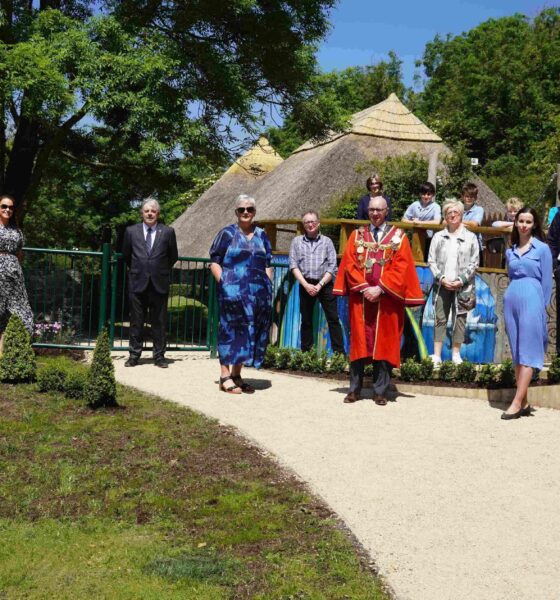 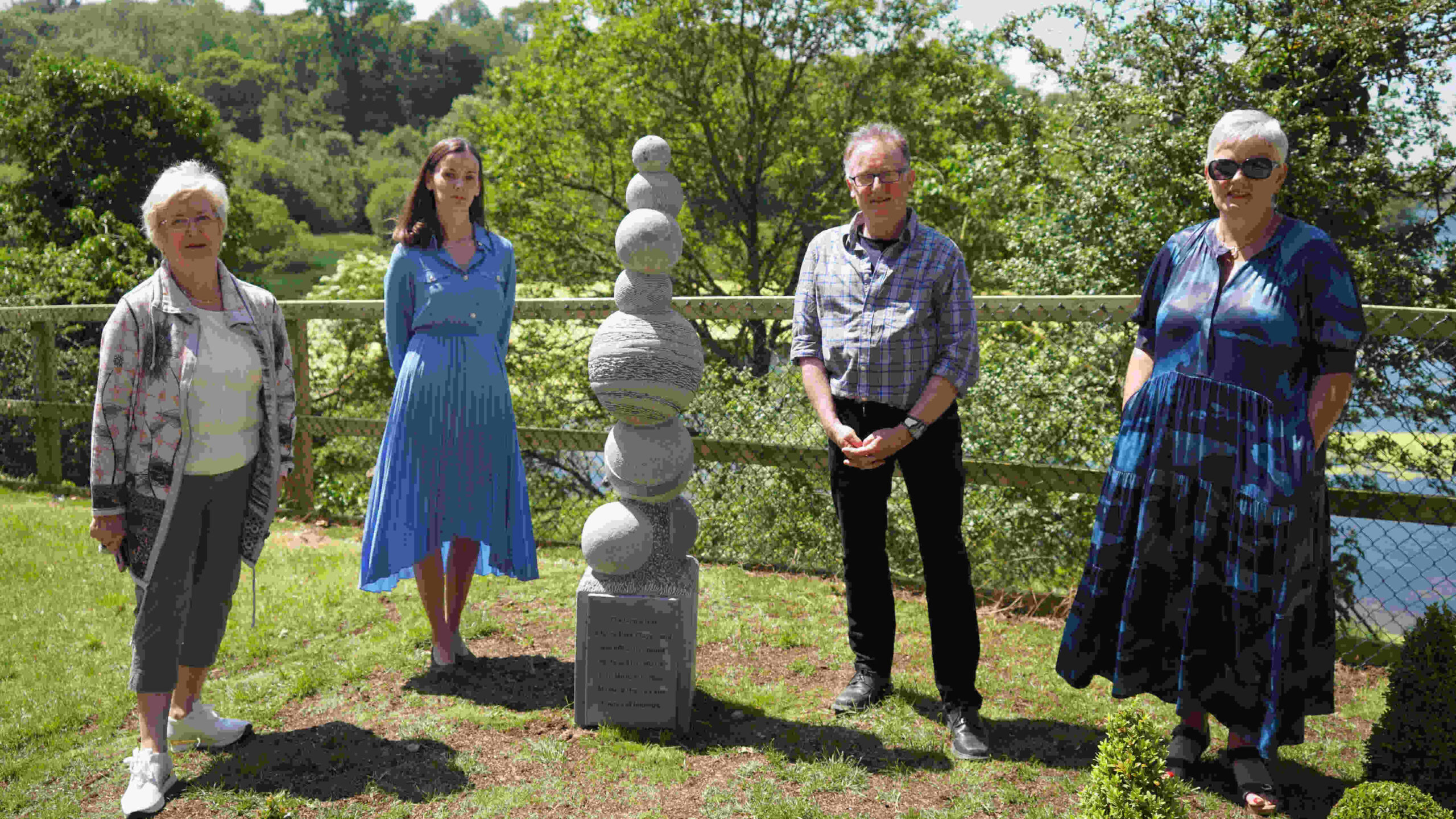 Robert Ryan lives in the immediate area of Lough Gur; due to his love for the area he offered his time voluntarily to add to the wonder of this community playground. Speaking at the event Robert said, “In our childhood, our imagination is most vibrant, and it is often at this time that the spark of our imagination is ignited in specific areas that stay with us for our lifetime”. With that in mind, the Lough Gur Solstice Park Playground took inspiration from the landscape of Lough Gur to create a space for children inspired by the Summer Solstice.

What is the connection one might ask between the Summer Solstice and Lough Gur? Lough Gur is home to Ireland’s oldest and largest stone circle, believed to be an ancient astronomical timepiece. The playground designer, Engineer Philip O’Regan, paid homage to this monumental monument by designing the Lough Gur playground area in a way that would help children to understand the importance of our environment in sustaining life. Without the sun and looking after our Earth, quality of life is much diminished. Philip O’Regan also contributed to the design of the stone sculpture that was painstakingly crafted by artist Barry Wrafter. The design brief was to create a stone sundial sculpture that was inspirational, safe and suitable for installation in a playground. Needless to say, the usual iron-clad sundials with sharp pinpointers were out of the question for this particular location. What Barry Wrafter sculpted from limestone was 8 planets, one on top of each other to form a gnomon or shadow caster timepiece. When the sun shines on this stone sculpture it hits at 9 am-noon and 3 pm on precise locations, teaching children about the rotation of the Earth, our place in this universe, the importance of protecting our environment and the power of our sun.

In recognition of Lough Gur’s work to interpret Space science, Lough Gur Visitor Centre & Playground was designated as an accredited Discover Primary Math and Science Centre by Science Foundation Ireland. A tailor-made tour was devised for school groups to further understand science, technology, engineering, and math through exploration of how the first engineers and scientists could have possibly constructed the astronomically associated monuments in Lough Gur. Questions such as what drove these people to spend generations building megalithic places of worship with clear recognition of movement of the sun and solstices’ is remarkable and a subject of awe for visiting school groups. Most recently Lough Gur Visitor Centre & Playground was designated as an accredited Leave No Trace Ireland training centre to promote environmental best practice and care.

A playground for Lough Gur was on the wish list for this area in all living memory. The sensitive nature of the site led to a long planning process before a decision was reached on the best possible design and location was agreed. Funding for work was offered by LEADER to the local community group known as Lough Gur Development. The project was match-funded by Limerick City and County Council. It was not a simple task as the playground is located on a hillside. What was a difficult engineering task to complete led to a one of a kind elevated playground and seating area that is unparalleled. The playground construction was carried out by Conor Kelly Construction with landscaping services offered by O’Brien Facilities.

On the day Mayor Collins said “Lough Gur’s importance as a public park and recreation area was brought to the fore during Covid. It is, without doubt, a jewel in Limerick’s crown.”

This renewed focus on Lough Gur was further emphasised by Lough Gur Development board member Áine Barry who explained that “Since Lough Gur Visitor Centre re-opened on May 10th a series of Wellbeing by the Water events were recently announced to signal a safe return to outdoor events. These include a number of kayaking outings such as Discover Lough Gur from the Water, Lakefront Fitness Classes, Yoga and Youth Academies.”

Manager of Lough Gur Kate Harrold continued “As vast numbers re-discovered Lough Gur over the last year, improvements to the area have ensured they will continue to return to what was once called a hidden gem. Lough Gur is no longer hidden; Lough Gur has come into full view under the Summer Solstice sun for all to see. Now part of the new Fáilte Ireland Wild Atlantic Gateway Region announced on June 21st, it turns out that the Summer Solstice for 2021 needed to be the longest day of the year to include an official playground opening, sculpture unveiling, announcement of inclusion in the Double Your Summer Campaign by Limerick.ie and adoption of the new Fáilte Ireland Wild Atlantic Gateway Region brand.”

Unfortunately, the longest day of the year comes but once a year however to end on a positive note, Lough Gur certainly made the most of this one.

For further information go to www.loughgur.com.