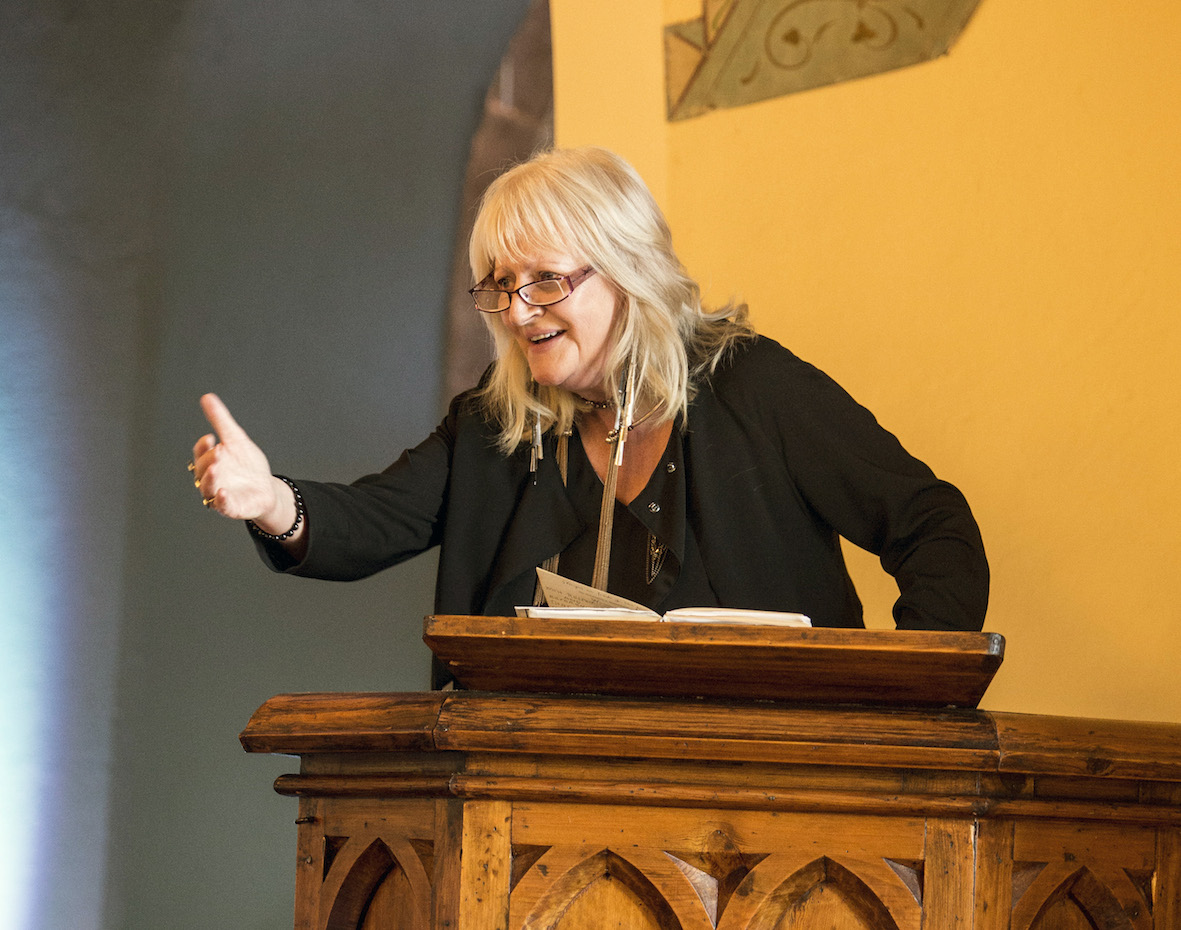 A series of events are on the way in Lough Gur, County Limerick over the month of June in celebration of the Summer Solstice phenomena that will occur on June 21st at the Great Grange Stone Circle, Ireland’s largest and oldest stone circle. Highlights include a space reading by Apollo 15 Astronaut Al Worden, Celebration concert on the ordination of Nóirín Ní Rian with special guests Jon Kenny & Mícheál O’ Suilleabhain along with a Solstice Surge to mark the longest day of the year.

As part of The Lough Gur Summer Solstice Series 2017 of events, we will host an Energy Healing Experience and Meditation in Lough Gur on Saturday morning 24th June from 10 am to 12 noon. This event is part of the celebration around the longest day in the year and more importantly of more light in our days. Light is the source of hope and healing and part of energy healing. Energy healing has been around for thousands of years in the East but the Western world has been slow to embrace its intangible nature. Energy is everything and everything is Energy! This event explains how energy works and how we can help raise our energy levels for a healthier attitude to life. This Lough Gur Summer Solstice Series 2017 event will be lead by Belinda Murphy from B’inspire. Belinda Murphy has over seventeen year’s industry

This event will help all participants to explore energy healing, how it works and gain some practical insight. A guided meditation will assist participants to gain maximum insight from the learnings of the day. 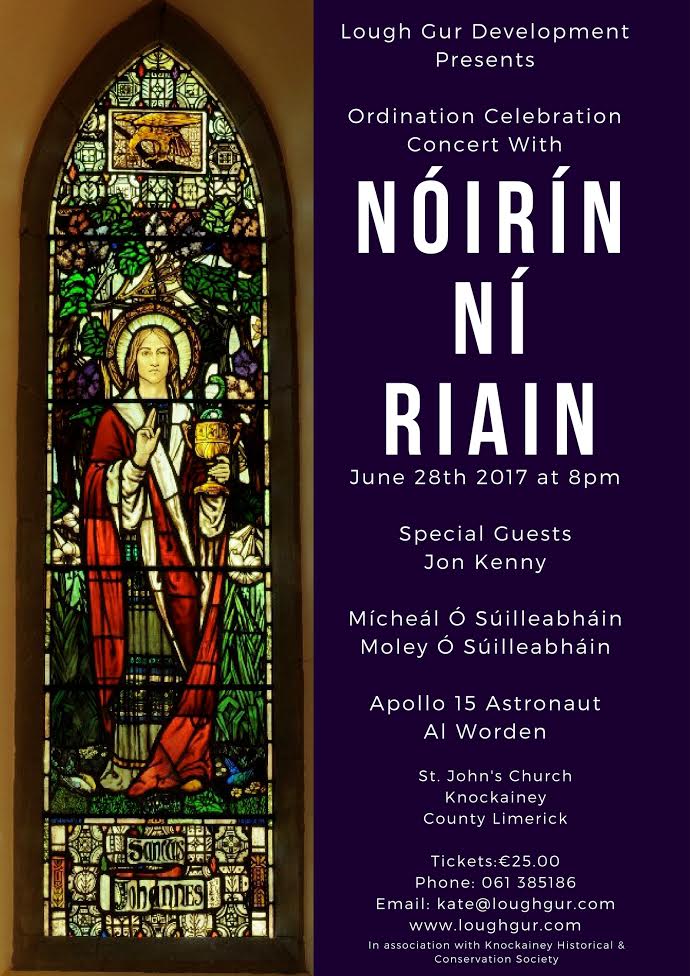 On Wednesday, June 28th, there will be an important, novel evening of entertainment in the beautifully restored 19th-century church of St. John in Knockainey.  This concert is to mark the forthcoming Ordination of Nóirín Ní Riain. Nóirín, who has completed a two-year ministry course in London, will be ordained as an Interfaith Minister with One Spirit Interfaith Foundation Seminary, London, on July 29th next in Reading University in the UK.  This ministry is recognised by the HSE in Ireland and, on ordination, she will be registered as a Spiritual Solemniser which means that she can legally perform weddings and ceremonies.

The concert is the initiative of Lough Gur Development which Nóirín, Jon and Al have been patrons since June 2015.

Cordeen will perform in the Honey Fitz Theatre on June 16th. Cordeen is a new collaboration of Irish and Newfoundland traditional music by a quartet of virtuoso Accordion players and singers from both sides of the Atlantic. Graham Wells and Billy Sutton from Newfoundland came to Ireland in June 2016 to meet up and record with Conor Moriarty from Co.Kerry and Waterford man Benny McCarthy. The album ‘musical bridge’ came from this recording session and is now released online with a cd release coming on June 8th to coincide with their 10 day Irish Tour. The album is a collection of tunes fast and slow from both Countries plus some great songs. The group will continue their Concert touring in Newfoundland this coming September.

Counties, Waterford, Wexford, Cork, Tipperary, Kilkenny, Limerick & Kerry have direct connections with Newfoundland for over 400 years through the fishing industry, many Irish settlers based themselves on the Avalon Peninsula. Newfoundland is described as the most Irish place in the world outside of Ireland with a huge part of its population claiming ancestry here.

The Button accordion has been a very popular instrument in the Newfoundland tradition for as long as it’s been part of Irish Traditional music and their tunes and songs resounding the music of Irelands Southern parts. Cordeen have combined both music types into a celebration of this musical bridge in both the accordion tradition and the music of both sides. The term ‘Cordeen’ comes from the Irish word ‘Cairdin’ meaning accordion and is a term used in Newfoundland.

For more information about events in Limerick click here