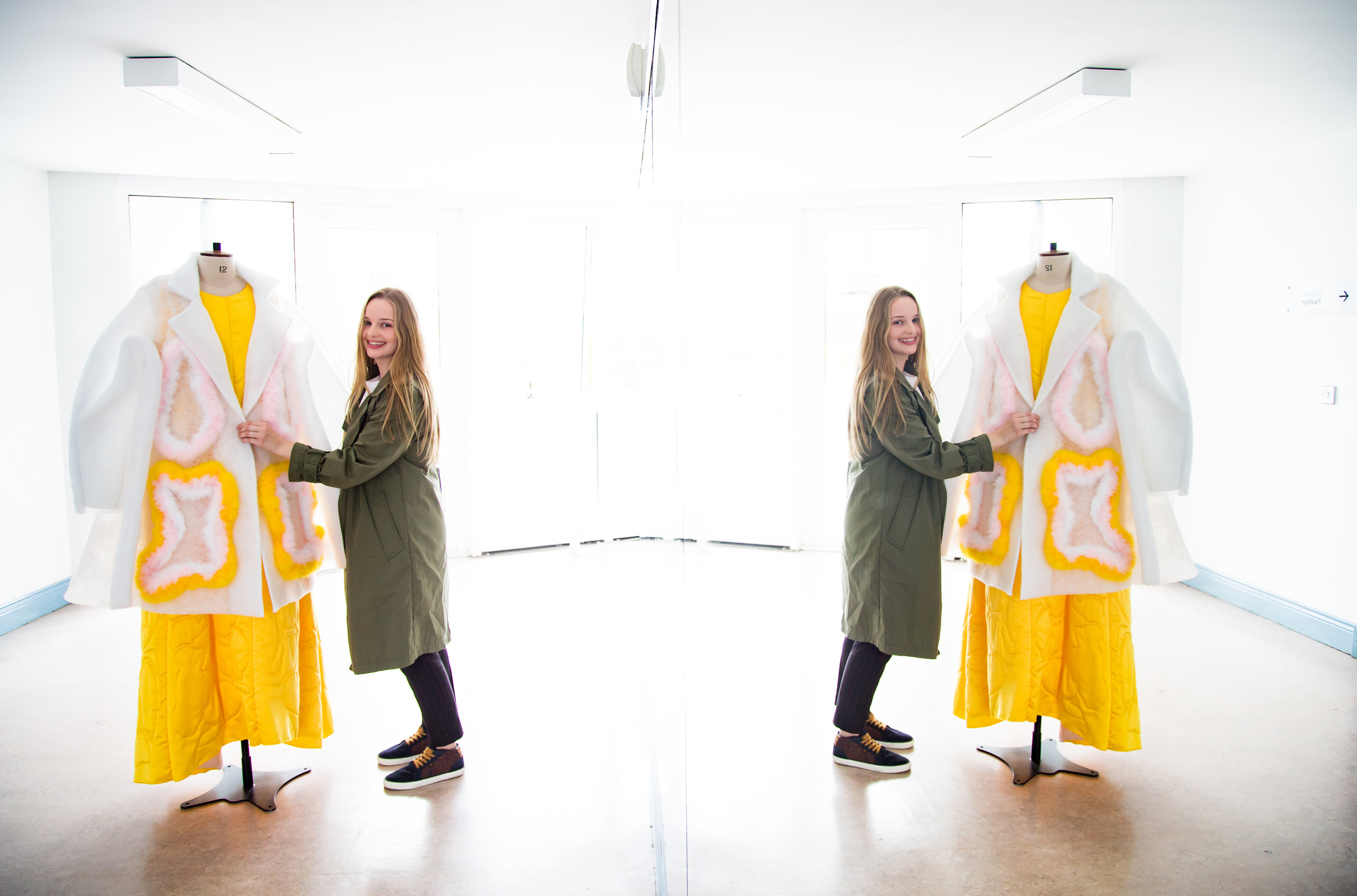 International award winning artists are among the almost 200 graduates of Limerick School of Art and Design who will be exhibiting their work at the LSAD Graduate Show 2017, beginning on June 10 and running until June 18, 2017

Students from the College took control of the over-riding message of this historical show as they conceptualised, designed and delivered on the theme – be.cause.

The hypothesis conceived by Graphic Design graduates Cassandra Walsh and David Reilly is derived from the fact the graduates have now reached a stage where they are confident with their work, their interpretations and creative solutions. As creative minds, they have an innate need to “do” something. There is just this need to create, be.cause.

That confidence and need to create is evident in the works on display from a range of disciplines including painting; photography and lens-based media; printmaking and contemporary practice; sculpture and combined media; animations and motion design; ceramic design; fashion design; visual communication; and for the first time ever fashion knitwear and textiles.

Speaking prior to the event, Mike Fitzpatrick, Head of LSAD, said, “Limerick has grown in confidence through placing culture at the heart of its transformation, the energy and creativity of students of Limerick School of Art and Design, LIT play a vital role in this journey.

“Collectively we strive for a city region, that not alone produces great students, but also retains and allow for opportunities to return to live and work in an economically vibrant and dynamic environment.”

James Greenslade Head of Design added,  “As alumni of LSAD the 2017 graduates are part of a distinguished body that encompasses the best artists and designers operating nationally and internationally.”

Already that talent and skill-set of the 2017 graduates have been recognised repeatedly on a global scale.

Sarah Nyhan, (22) from Kilkenny city, was announced as the winner of RSA Student Design Award (Moving Pictures) for her work on an NHS public health campaign. This is the second year in a row a student from LSAD has won the prestigious international award.

This Visual Communication (Graphic Design) student has opted to speak about the fashion industry in her end of year piece, as her four printed books look at different aspects of the world of fashion, making viewers conscious of the decision they make when shopping for clothes.

Tara Keegan, a Sculpture & Combined Media graduate has already provided a unique piece of sculpture for the world stage, having won the EU Strasbourg pour l’Europe (Bench for Europe) competition.

The Scarriff Co. Clare woman, who moved to Ireland from Australis at the age of six, was chosen as one of 28 European artists to create a bench for the parliamentary district in Brussels. Her bench, representing Ireland, will be erected across from the Court of Human Rights at the end of June.

For this exhibition, the mature student has chosen to concentrate on her fascination with the human body in her piece Intramural. Through this piece of sculpture, she aims to visually create an embodied experience by making Micro – Macro.

Kate O’Doherty Student Designer of the Year at the Irish Fashion Innovation Annual Award Show is also among those exhibiting their works, and the list goes on as well as many more talented and creative artists of all ages and interests.

The LSAD Graduate Show 2017 – be.cause – will be officially opened by John Concannon, Director of Creative Ireland at 3 pm on June 10 in the Limerick School of Art and Design, LIT, Clare Street Campus, Limerick.

The LSAD Graduate Show is open to all from 10 am to 5 pm until June 18, is free to attend and attracts thousands of visitors over one week every year, since 1852.

This year more visitors than ever are expected to attend. Why? Be.cause.

To find out more about LSAD on ilovelimerick click HERE