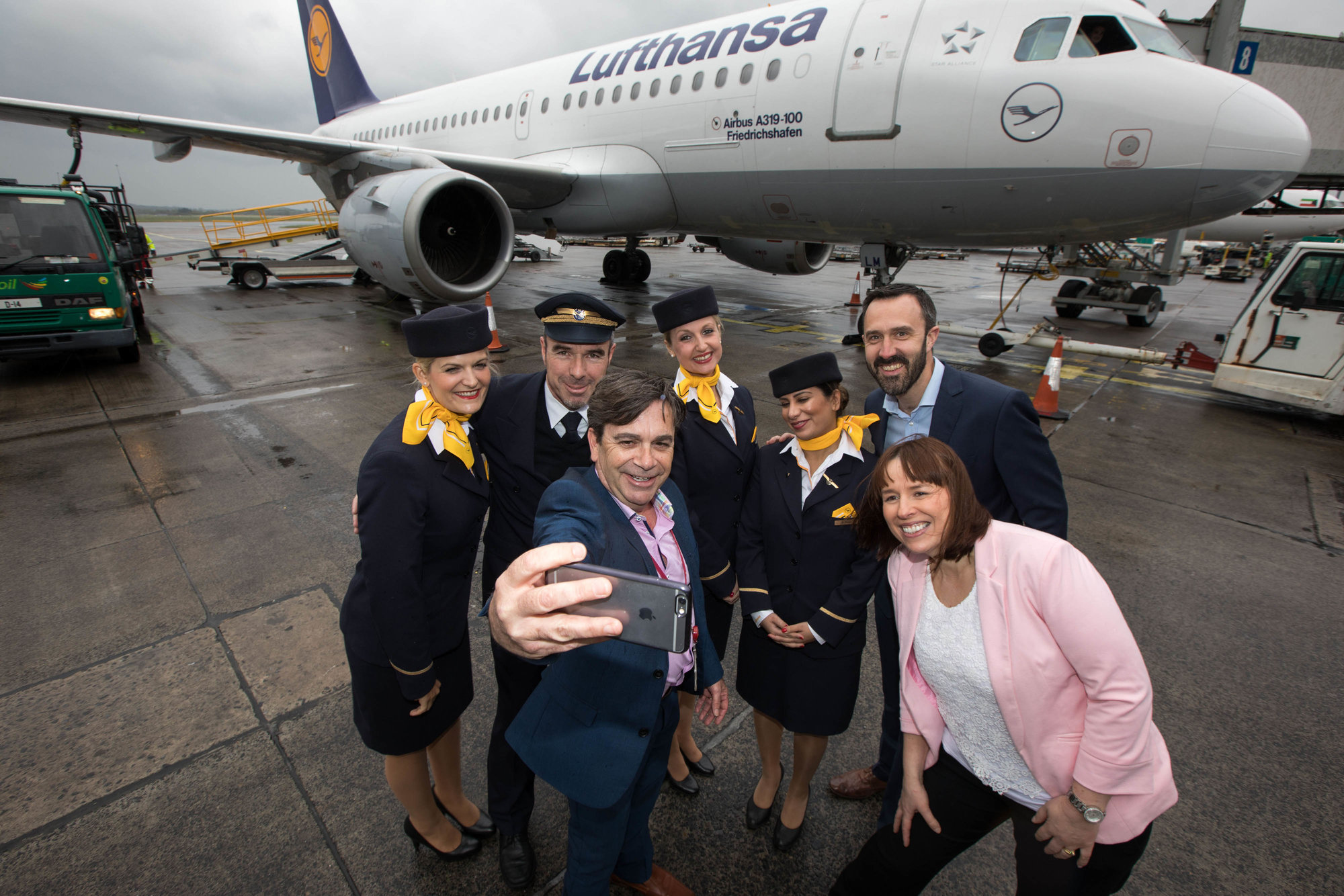 Shannon Airport was in celebratory mode at the weekend as one of the world’s best-known airlines, Lufthansa, commenced scheduled flights for the first time from the airport as its new Frankfurt service took off.  The service to the financial capital of continental Europe and one of Germany’s most interesting tourism cities took to the skies on Saturday afternoon and will operate weekly until the end of October. The Frankfurt service will be a significant boost for tourism in the Shannon region, outbound business and tourism options, as well as offering one-stop connectivity to around 200 destinations worldwide.  Welcoming the start of the service Andreas Köster, Senior Director Sales UK, Ireland and Iceland Lufthansa Group said: “Shannon, as the gateway to the Wild Atlantic Way, is the entry point for one of the most spectacular tourism regions in the world and there’s a strong demand in Germany for what’s on offer here.  The service is already proving to be an attractive travel option for people travelling to Ireland from around the Lufthansa global network. “We also expect it to be a popular outbound service. Frankfurt has a lot to offer as a tourism destination and also offers a smooth connection between our Frankfurt hub and some major intercontinental destinations such as Johannesburg, Hong Kong, Sao Paulo or Singapore. “The introduction of this summer service from Shannon to Frankfurt reinforces Lufthansa’s commitment to our Irish customers. It also confirms the continuing importance of Ireland within the Lufthansa worldwide network.” Speaking at the launch of the new service, Shannon Airport Managing Director Andrew Murphy said:  “This is a big moment in many respects for this region. In Lufthansa, we now have another of the world’s largest carriers operating scheduled services from Shannon for the first time, which is a very strong validation of Shannon.  Frankfurt is a great destination to have on our schedule as it’s one of the world’s leading financial and business centres and a strong tourism city also, with a rich culture and history as well as a recognised culinary capital. “On top of that it also now connects Shannon with another of Europe’s leading hubs, which gives passengers who want to fly from Shannon even greater options for connecting with destinations around the world. One of the biggest benefits will be for tourism here as Germany is Ireland’s third largest tourism market and there’s a particularly strong demand in the German market for the tourism offering on this half of the country.” Flight Details: •    Departs Frankfurt Main Airport 15:50 and arrives at Shannon Airport 17:05 •    Depart Shannon Airport 17:50 and arrives at Frankfurt Main Airport 21:00 Return fares starting from €119 available are on the Lufthansa website and all include Lufthansa’s high-quality product that provides all passengers with their seat, hold & cabin baggage allowances, in-flight food & drink, the ability to check-in online, from their mobile phone or at the airport and all taxes and charges for one all-inclusive fare with no hidden extras.