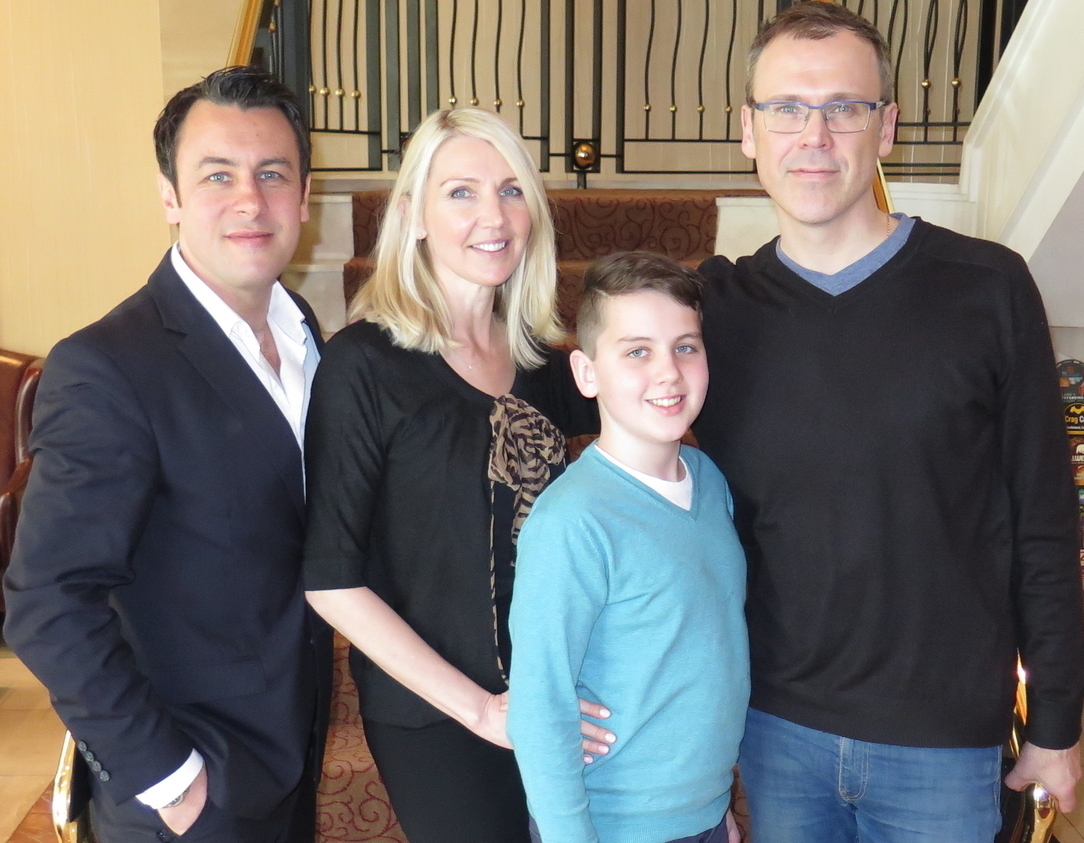 Luke Culhane Child of the Year 2016. Richard Lynch pictured with Dermot and Claire Culhane and their son Luke Culhane of Create No Hate.

Limerick teenager Luke Culhane has been named Child of the Year 2016  by french newspaper Mon Quotidien for standing up to cyberbullying.

The thirteen-year-old is said to have been voted for by 20% of the newspaper’s readers, despite the video only being released in February.

Since the launch of the video, Luke has been interviewed by Sky News, Fox News, RTE, TV3, Ryan Tubridy, Ray Darcy and countless others and has become a global internet sensation. In honour of his work, Luke was nominated for Limerick Person of the Year, won a Garda divisional Youth Award and was asked to speak at the Young Social Innovators Speak Out Tour at the Lime Tree Theatre. 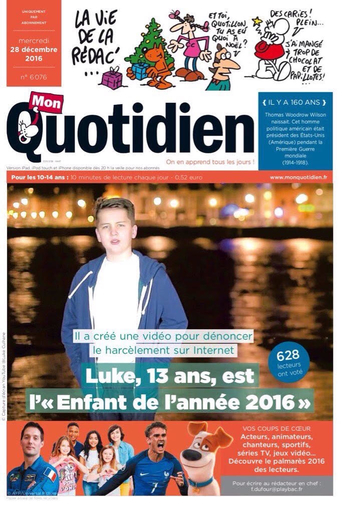 Aided by his father Dermot Culhane and his cousin and godfather, videographer Diarmuid Greene, Luke spent over 40 hours planning, filming and editing the video in time for Safe Internet Day, “I have been cyberbullied myself so that inspired me to make this video to help raise awareness for other people about how to handle cyberbullying. I wanted to show that it doesn’t have to be physical bullying to hurt someone so that’s why I showed the likeness between the two types of bullying. I felt that “Safer Internet Day” was an appropriate time to release this video to create discussion around the issue.”

Luke is from Limerick and is a 2nd-year student of Castletroy College with a very keen interest in filmmaking. Luke tells me, “I have been cyberbullied myself and understand first hand the impact it can have on a young persons self-esteem. I wanted to do something to speak out against it and I wanted to use a medium that I am passionate about such as filmmaking. I felt the Safer Internet Day was an appropriate time to do it to it and create discussion around the issue. I am fortunate that I have my dad Dermot and my cousin Diarmuid to train and mentor me. I am so grateful and lucky.”

At such a young age, Luke has become an inspiration for all ages with his ‘Cyberbullying – Create No Hate’ video, which has amassed over 550,000 views on YouTube alone.