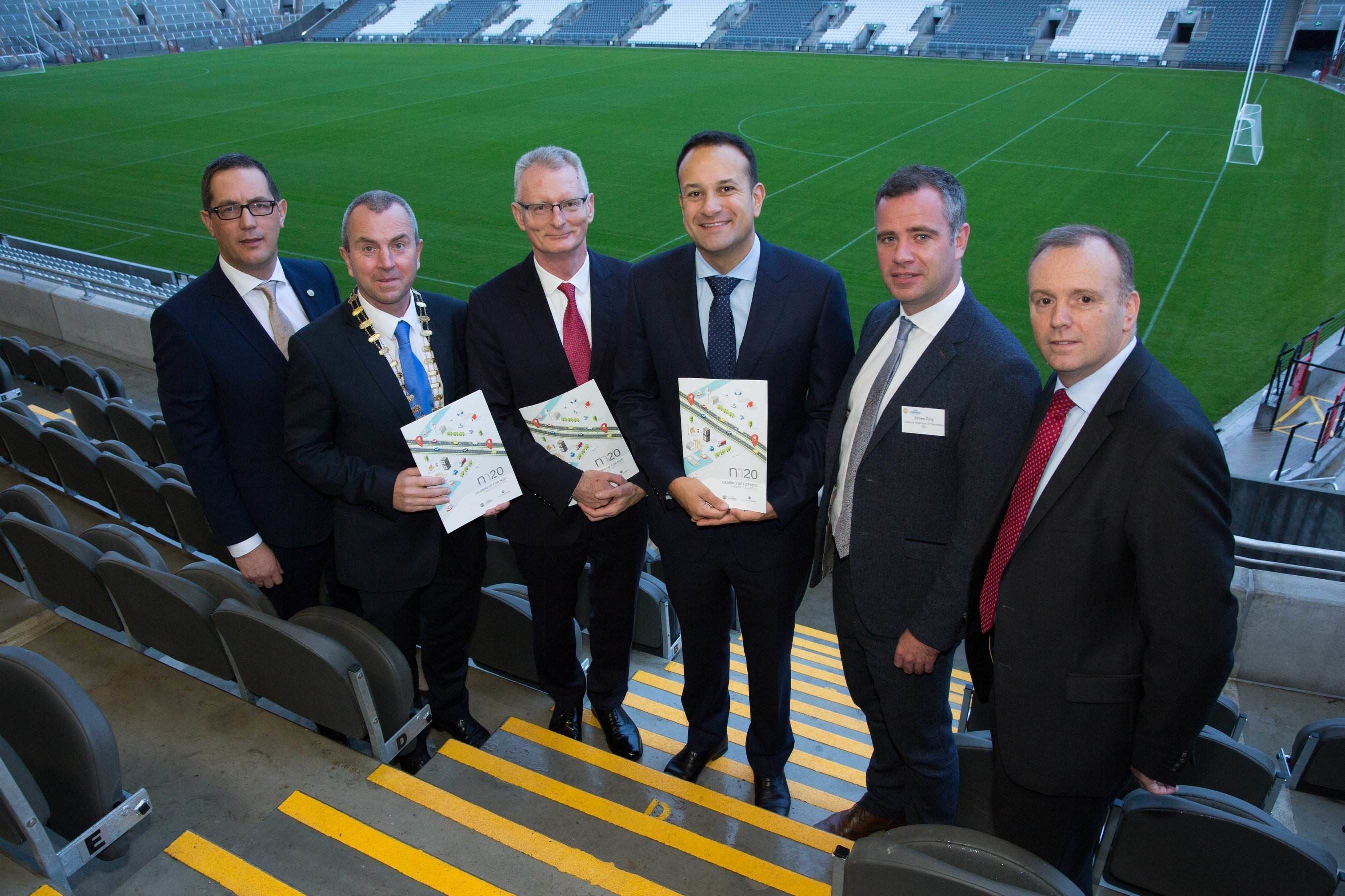 The confirmation by An Taoiseach Leo Varadkar TD of the M20 moving ahead has been warmly received by Cork and Limerick Chambers of Commerce, who collectively represent more than 1,700 businesses. The Taoiseach’s confirmation means Cork to Limerick in 47 minutes about to become a reality.

The announcement by Mr. Varadkar at a Cork Chamber breakfast briefing event in Cork that funding has been secured to commence the planning process and that the project will be included in the 10-year plan was welcomed as a huge boost for balanced regional development.

The confirmation of the 80 kilometre M20 Motorway moving ahead happened at a sell-out Cork Chamber business breakfast in Paírc Uí Chaoimh, attended by 400 people from across business, Government and Local Government. The breakfast was also attended by Limerick Chamber President and CEO.

Reacting, Dr. James Ring, Limerick Chamber CEO, said, “This is one of the most significant moments in terms of rebalancing the national economy. This now means we will have a seamless motorway from Cork to Limerick and Galway, which creates enormous possibilities for economic development along this Atlantic corridor.

“Once delivered, people will be able to travel between Limerick and Cork in only 47 minutes which is a game changer for business, workers, and tourism in the region.“

Conor Healy, Cork Chamber CEO, added: “Today’s confirmation of the much-awaited M20 finally going ahead is a significant vote of confidence in the growth potential of the Atlantic Corridor, and we commend Government in the foresight of this investment decision.

“The socio-economic report commissioned by Cork and Limerick Chambers earlier this year confirmed that the M20 has the potential to support up to 5,400 new direct jobs in the region, which would benefit the Exchequer by up to €128m per annum. The M20 will be of huge benefit to our country overall, and in light of its importance we look forward to seeing Ireland’s newest motorway delivered as soon as possible,” Mr. Healy concluded.