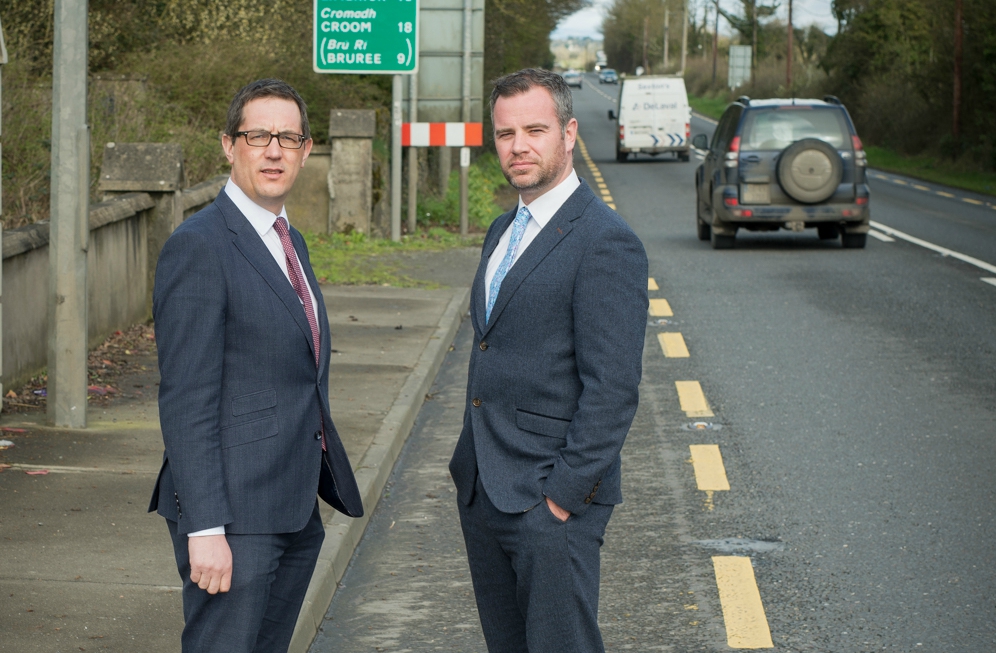 New M20 Report Illustrates Game-Changing Impact it Would Have

M20 report illustrates game-changing impact it would have

The increase in capital spending on infrastructure by €500m annually to 2021, as announced today by Minister for Finance and Public Expenditure and Reform Paschal Donohoe, must make room for progressing the long awaited delivery of the M20, Cork and Limerick Chambers have stated.

According to the new M20 report, the proposed 80km M20 motorway between Cork and Limerick would enable balanced economic development on a scale not seen heretofore on the island of Ireland, two of the country’s largest business representative bodies stated on Tuesday, July 11.

Welcoming a major report titled ‘Gearing up for the M20: A Route to Success’ by Indecon Economic Consultants and RED C Research, Cork and Limerick Chambers have stated that the M20 will help realise the Atlantic Economic Corridor concept of a powerful three-city region comprising Cork, Limerick, and Galway.

Among the top findings in the report is that the motorway would have the potential to support an estimated additional 4,000-5,400 direct jobs in the region. In gross terms, excluding displacement impacts, these additional direct jobs could provide an annual gross Exchequer impact of up to €128 million, depending on the nature of investment attracted, the report finds.

The development of the M20 would see a continuous motorway from Cork all the way to Limerick through to Galway, creating an economic corridor that would provide a strong complement to Dublin, the Chambers state.

The findings of the Indecon/Red C report, which was commissioned by Cork and Limerick Chambers, confirm that the existing N20 between Cork and Limerick has significant capacity constraints that inhibit economic development.

Other key findings in the report include that the motorway would increase the labour force within a 45-minute commute of major employment centres by 23%.

Other findings include development of the M20 would reduce Blarney to Patrickswell journey time by 16 minutes to approximately 47 minutes, the M20 scheme would prevent approximately 118 accidents per annum, the transport benefits would underpin the competitiveness of the South-West and Mid-West Regions, and the M20 would reduce stress and improve the quality of life for commuters

The above benefits have jointly been presented by two the Chambers to Senior Officials in the Departments of Public Expenditure and Reform; Transport, Tourism and Sport; as well as Jobs, Enterprise and Innovation.

Commenting on the importance of the project, Dr James Ring, CEO of Limerick Chamber, said: “The M20 is probably the most significant piece of infrastructure yet to be developed in the State.  Current severe capacity constraints on the N20 is restricting growth potential in our second and third cities, and limits access to business and communities across Limerick, Clare, Kerry, Cork and up into Galway.

“It would effectively create a three-city region with a critical mass at a level that would redouble its capacity to win major inward investment. Two of those cities, Limerick and Galway, will have motorway/dual-carriageway connectivity by the end of this year.

“The M20 to Cork is the missing link and its delivery would be of national significance in that it would finalise that three-city corridor, benefitting not just the South West, Mid-West, and West but with the ripple effect extending out into the North West, Midlands and South East.”

He continued: “The very fact that Minister Donohoe spoke of the additional funding being made available for economic and social infrastructure is very promising as the M20 ticks both boxes emphatically.”

“The Minister also stated that all new projects would go through cost-benefit analysis; our report joint Indecon/RED C report launched yesterday has clearly illustrated not just the need for the project but the considerable bounce it would be for the regions and nation as a whole.”

Responding to today’s announcement by Minister Donohoe of the spending increase, CEO of Cork Chamber Conor Healy said:  “The statement this morning by Minister Donohoe is very much welcome and moves us ever closer to the development of the M20 as the recovery in public finances once again allows us to ramp up investment in key projects with significant economic, competitiveness and social benefits.

“This is the single most important project yet to be delivered for the nation’s road network so the provision of additional funds, we feel, must move it closer to realisation.”

He added: “The need for a motorway connection between Cork and Limerick can no longer be ignored or postponed. It is in the national interest that our regional economies expand for Ireland to remain competitive and to complement growth in Dublin.”

“With the right road network linking them, Cork, Limerick, and Galway could effectively become one large labour and customer marketplace improving opportunities and choice for employees and businesses, while also enhancing safety for all users of the road, improving Ireland’s external connectivity and competitiveness.  As Government ramp up capital spend from next year, the M20 must be first on the list of projects to be progressed.”

To see more of our stories on the M20 click here