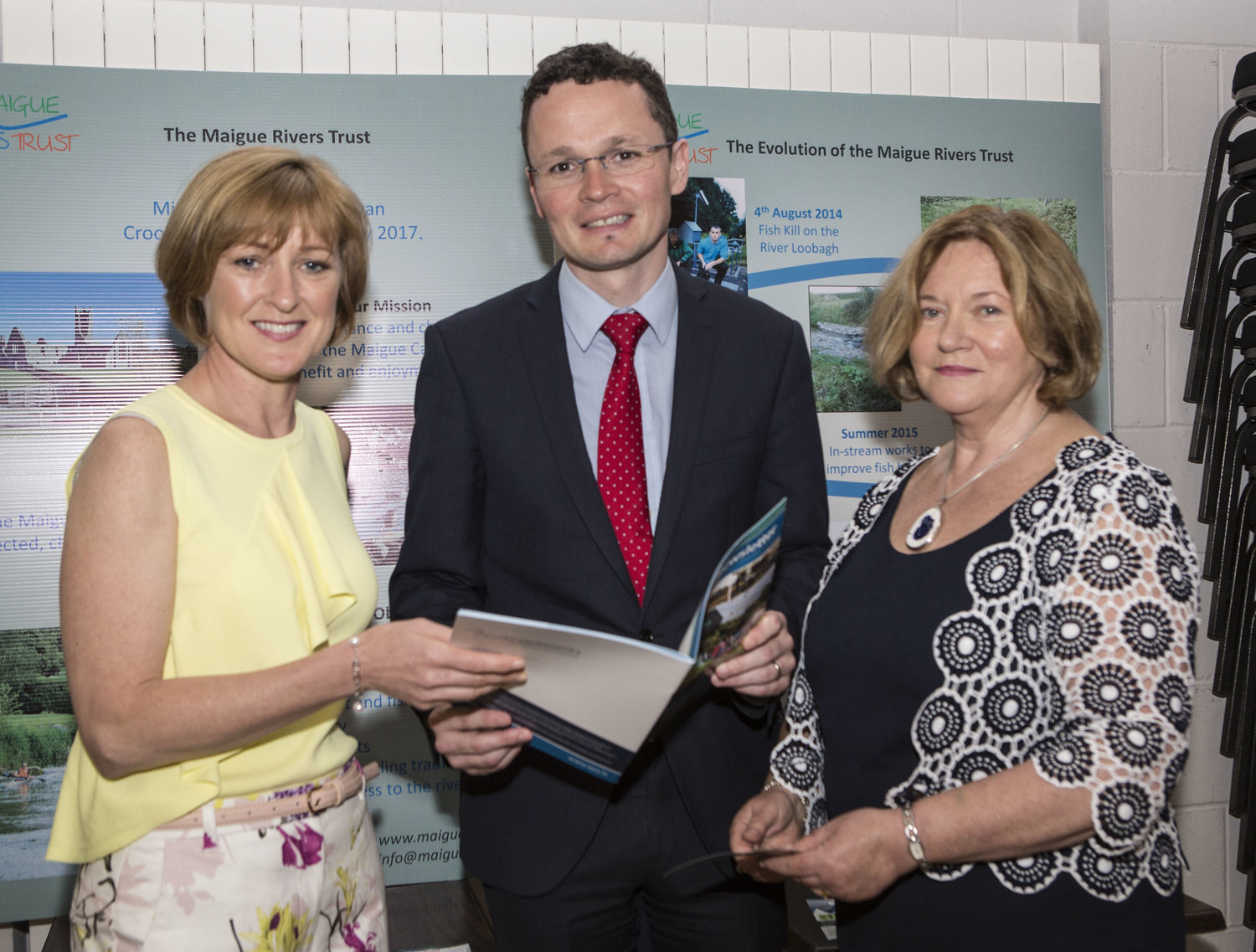 A new Trust has been launched in Croom on Friday, May 26, to help protect, develop, and enhance the world-class resource that is the River Maigue in County Limerick.

The mission of the Maigue Rivers Trust is ‘to protect, enhance and cherish the rivers and lakes of the Maigue catchment for the benefit and enjoyment of all’.

The Maigue Rivers Trust came about as a result of a pollution incident on the River Loobagh (one of the major tributaries of the Maigue) which occurred in August 2014.  Following this, the community came together to look at ways in which it could engender a spirit of stewardship towards the river, hence, The Maigue Rivers Trust.

A number of initiatives followed including works to improve the habitat for fish, an education and awareness programme and a pilot project to control giant hogweed in the catchment. The interest in these initiatives and in the river generally and the desire to further enhance this valuable resource led to the need for a more formal structure which would be better placed to help the community achieve its priorities for the river.

This led to a group of stakeholders undertaking a study trip to the Ballinderry Rivers Trust in Northern Ireland to look at how a Rivers Trust operated and to see if this was a model that would work for the Maigue.  The group was very impressed by the success of the Ballinderry Trust and returned to Limerick convinced that this was what was needed to help the Maigue achieve its full potential.

Rivers Trusts are community initiatives started by local people to care for their local rivers.  River trusts are charities which aim to deliver river improvements on a catchment management scale for the public benefit.

Patrick O’Donovan, Minister for Tourism and Sport, launched the Maigue Rivers Trust said, “I want to congratulate everyone involved in the launch of this Trust.  This is a community initiative which seeks to see the benefit of rivers and waterways on our environment and the contribution they make to our local areas.”

“The rivers in Co. Limerick flow through some of the most beautiful landscapes in Ireland, and we have to make sure that we try to protect them and look after them so as to maintain habitats, protect drinking water and enhance our communities.  I want to wish the Trust well in their work for the future and to thank all of the various different sectoral representatives for their work on this project.”

Cllr Eddie Ryan is one of the Directors of the Trust.  He said the Trust will help protect the Maigue and its catchment area stretching from Martinstown near Kilmallock to where the river enters the Shannon Estuary near Ferrybridge.

“Following the fish kill in the Loobagh River a number of years ago, the need to put measures in place to protect the river was brought to the fore.  From then the project has grown to include the River Maigue and its large catchment area.”

“In order to protect the Riverway and help promote and enhance, all stakeholders need to buy-in to the project and the idea of a Rivers Trust.”

“We all own the rivers and we all have a responsibility to protect it and the develop it, we need the farming associations and community, fishing groups, other users of the river, schools, local associations to get involved.  It is a brilliant idea which will have significant benefits for all in the long run”

Official Opening of the Charles Centre for Dermatology at UL Hospital