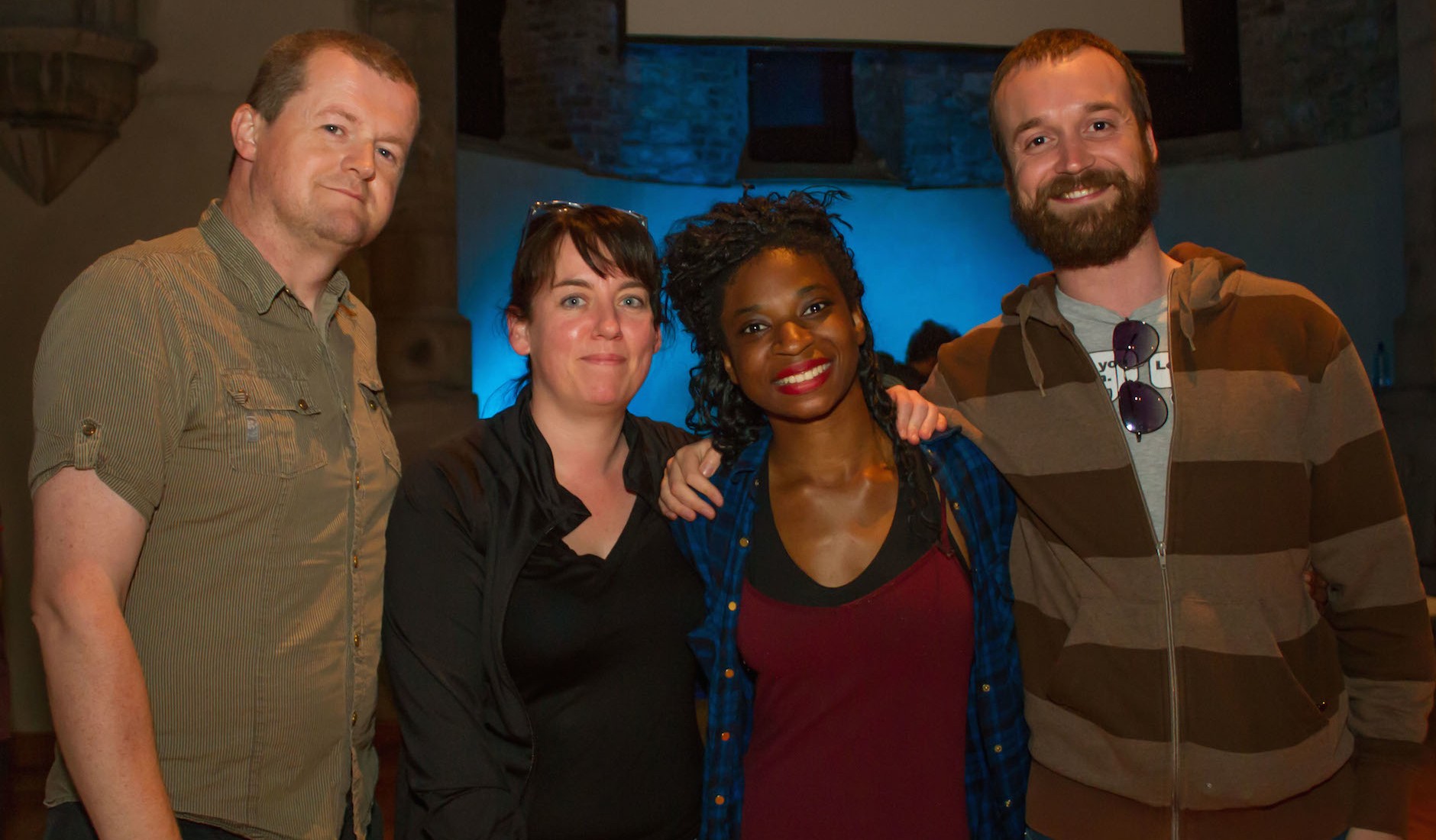 The Make A Move festival 2015, which ran from from Thurs July 2 to Sun July 5 this year, has been a recurring event in Limerick City since 2012. The festival was established to promote engagement in hip hop music, dance and art throughout the city, with workshops made available from June 29 – July 3. An objective of the festival is to offer the Limerick public the opportunity to immerse themselves in a different culture.

Shane Curtin, organiser of the Make a Move Festival, said: “This year was about putting the focus on artists who call Limerick home. A tremendous amount of talent has been displayed overall.”

The opening of the Make A Move festival 2015, on Thurs July 2, showcased a number of rappers from the workshops available, in conjunction with Music Generation, which took place in the Learning Hub Café in Kileely.

The Limerick Writer’s Bench walking tour commenced at 7pm on Fri, July 3, meeting at King John’s Castle for an hour-long tour of Limerick’s streets. The writer’s bench focuses on the different street marks around the city that are either dramatic and eye-catching, or personal displays that elicit a variety of emotions. The tour was led by founder of the bench, Paul Tarpey, and was conducted by one of Limerick’s most well-known street artists, Eoin Barry.

The Rusangano Family, a group made up of MCs and DJ; God Knows, MuRli and mynameisjOhn, performed for guests at the Kasbah Social Club on the Dock Road on Fri, July 3. The group have their own eclectic style with bass-focused music and have seen success since last performing at the Make A Move Festival 2014, regularly being played on BBC Radio 1 and performing at Forbidden Fruit Festival, to name a few. The trio were later joined with support from Joni and Richie !Kaboogie.

Sat, July 4, saw the return of the Banter series, a series of talks and discussion as part of the Make A Move Festival 2015, and welcomed Limerick-born novelist Kevin Barry to the Shannon Rowing Club being interviewed by Irish Times journalist, Jim Carroll. Kevin spoke to guests about his past work; ‘City of Bohane’ and future works; ‘Beatlebone’, a novel surrounding John Lennon’s imagined journey to Ireland’s west coast in 1978, and upcoming sequel to ‘City of Bohane’. Speaking about the discussion, Jim Carroll said: “It’s brilliant to have the chance to talk to him (Kevin) about his work to date.. We’ll also find out if he misses the aul’ freelance journalism game in any way, shape of form (that’s probably a no).’

The Sat was an especially packed day, with the ‘Random Acts of Art and Dance’ event, running from 1pm – 6pm, featuring street artists and dancers making different appearances in citywide locations. An art display was unveiled at Hunt Museum, with artists creating colourful and thought-provoking pieces on the day, for people to view. Hip hop dancers performed on Thomas St for passers-by, grabbing everybody’s attention with energetic and charismatic dance routines. A hip hop documentary film screening in the Story Teacup on Foxes Bow followed these acts of art and dance, and the night wrapped up with DJ Peter Curtin at the Blind Pig, from 9pm until late.

The final day of the Make A Move Festival 2015, Sun July 5, saw dance battles and showcases from a variety of dance styles. This ‘Rebirth’ event, starting at 2.30pm and ending at 6pm, took place at St. John’s square, offering prizes to the winners of the dance battle, which were judged by a panel of international judges. Special performances from dance crews across the country were also a part of the Rebirth event, showcasing the talents of; the R.A.R.E Crew from Limerick and the Combat Fam, from Dublin. The Lion Dance crew from Limerick also performed, treating the audience to an unusual and intriguing dance in an elaborate, two-man costume.

The wrap party at the Blind Pig ended the Make A Move Festival 2015 with a bang, with performances by Same D4ence, Apocalypse, TSM (True Street Music), Dreddy, Bubba Jay and DJ AC1. Same D4ence, a trio of rappers from Limerick City, have been rapping for some time, lately focusing on creating work that will: ‘Tell you how we feel about struggles and triumphs and to also hit you hard in more ways than one.’ Their debut EP, ‘Basic Instinct’, was released on July 2 as part of the Make A Move Festival.

Check out the Make A  Move Facebook page here

Read more about the Make A Move here

Photography by David Woodland, for I Love Limerick. All Rights Reserved.